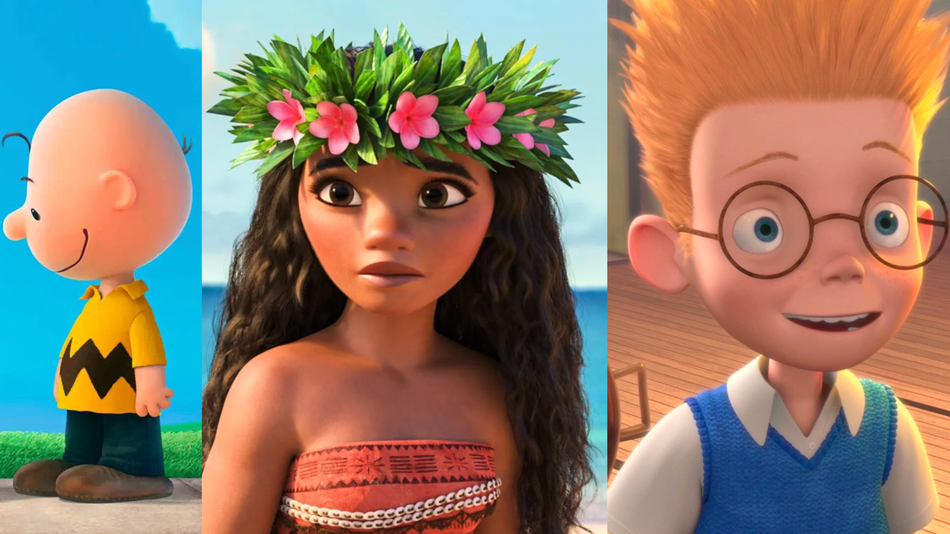 Of all the streaming services out there, Disney+ is possibly the best for kids and families. Not only is there so much content on it, but most of it is also really good.

The streaming platform is stacked with musicals, comedies, fairy tales, and adventures sure to enchant young audience members and win over parents at the same time. So get the kids together and gather ‘round the TV to stream some of the old favorites and modern classics.

Here are the 18 best movies for kids on Disney+ streaming now (in no particular order).

Wreck-It Ralph is the definition of fun. In this animated comedy, the dejected video game villain of Fix-It Felix Jr. attempts to win a medal in the popular racing game Sugar Rush in hopes of gaining respect from his peers back home.

This means most of the story takes place inside a candy-colored arcade world loaded with kooky characters and creative locations. Thanks to the film’s major feels and retro gaming nostalgia, the narrative has a wide appeal.

How to watch: Wreck-It Ralph is streaming on Disney+.

An enchanted French castle, a clever young maiden, and a spell in need of breaking? Beauty and the Beast is a classic for a reason. With witty songs like “Be Our Guest” and “Gaston,” wistful hand-drawn animations, and heart-grabbing emotional depth, it hits all the right notes. What’s not to love about a sweeping romance that’s just as entertaining as it is memorable?

How to watch: Beauty and the Beast is streaming on Disney+.

More so than any other movie on this list, The Incredibles caters to a large audience. For the kids, there’s superhero action and relatable family dynamics. For the adults, there’s Mr. Incredible struggling through his mundane job and Mrs. Incredible questioning whether there’s been infidelity in her marriage. These heavier subjects will go over the heads of young viewers fascinated by the zippy save-the-city adventure, but more mature audience members will be pleasantly surprised by the film’s emotional weight.

How to watch: The Incredibles is streaming on Disney+.

The Lion King was a staple for ‘90s kids, so why shouldn’t it be a must-see for today’s children? The musical has kid Simba running away on the belief that he caused his father’s death — but as an adult, he must find the strength to journey back to Pride Rock and claim his rightful place as king.

A few reasons to love it: sunny animations, music created by Elton John, approachable characters, themes of redemption, and a fine-tuned script. Need we say more?

How to watch: The Lion King is streaming on Disney+.

In Coco, 12-year-old Miguel tries to get back to his home in Mexico after he, still alive, mistakenly enters the Land of the Dead. Naturally, this setup lends itself to heavy discussions about life and death — and Coco does a lovely job unpacking them. But just because it’s thought-provoking doesn’t mean it’s not full of spirit. The fantasy overflows with rich colors and lively songs. What’s not to love about a movie that’s sentimental and delightful?

How to watch: Coco is streaming on Disney+.

Disney has a lot of movies that are classics for good reason. But if you’re looking for a comical animation that fell under the radar, you’ve got to check out Meet the Robinsons. The tale follows an orphaned 12-year-old inventor who, after making a deal with a young time traveler, finds solace in a zany family of the future. With vivid locations and wacky humor, the film is a real attention-grabber. Its heartfelt message about moving forward makes it hard to forget.

How to watch: Meet the Robinsons is streaming on Disney+.

While there have been many endearing Winnie the Pooh movies over the years, this 2011 musical comedy is a strong contender for the best. It preserves all the charm and nostalgia of the long-running franchise while also debuting polished graphics and updated voice work.

At just over an hour long, Winnie the Pooh is perfect for kids with a short attention span — and yes, it is as sweet as honey.

How to watch: Winnie the Pooh is streaming on Disney+.

The Little Mermaid is among Disney’s dreamiest fairy tales. More than 30 years after its initial release, this story of a mermaid who wants to become human still makes a splash. Not only does it feature spunky heroine Ariel and likable side characters like Sebastian, Flounder, and Eric, but it’s also home to bops like “Under the Sea” and “Kiss the Girl” from composer Alan Menken and lyricist Howard Ashman. The hand-drawn animations are eye-catching, and the narrative is captivating.

How to watch: The Little Mermaid is streaming on Disney+.

Frozen is probably a lot better than you remember. Sure, maybe “Let It Go” was overplayed. But that doesn’t change how lovable the original movie actually was.

The frosty fairy tale has Anna (Kristen Bell) trying to save Arendelle from an eternal winter after her queen sister Elsa (Idina Menzel) accidentally misuses her magic ice powers. This sends Anna on a song-filled journey through a beautiful snow-covered landscape. Plus, the musical’s final twist is both sweet and feminist.

How to watch: Frozen is streaming on Disney+.

If you liked Frozen, you’ll like Moana. With lush animations, a brisk ocean adventure, and boppin’ songs from Lin-Manuel Miranda, this animation has the makings of a modern classic. Additionally, the titular princess (Auli’i Cravalho) is inspirational as she bravely searches out the goddess Te Fiti to save her village. Her sidekicks are hilarious as they keep the running gags afloat.

How to watch: Moana is streaming on Disney+.

Up is another one of those Pixar films that engages all ages. After opening with the touching “Married Life” montage, the film brings audiences on a journey with an eager young Wilderness Explorer and an elderly widower who’s flying his house to Paradise Falls in South America. Obstacles like talking dogs, a lively exotic bird, and a bitter old explorer keep things interesting.

Up’s biggest strength is that it finds a way to entertain with fanciful surprises while staying rooted in real life. Its mix of lighthearted humor and depth never fails to make an impact.

How to watch: Up is streaming on Disney+.

Charlie Brown and Snoopy get wrapped up in fresh mischief in The Peanuts Movie. And while this 2015 comedy was the first full-length Peanuts film to premiere in 35 years, it’s just as endearing as its source material. The 3D animations give Charlie Brown’s world a cheerful new appearance, which allows the simple and funny tale about his crush on the Little Red-Haired Girl to shine bright.

How to watch: The Peanuts Movie is streaming on Disney+.

Lilo & Stitch is what happens when you wrap aliens, Elvis tunes, and Hawaii into a single animation — and, yes, it’s as quirky as it sounds. Struggling to fit in with her peers, young Lilo adopts Stitch for some company. What she doesn’t know is that he’s not a dog but a science-experiment-gone-wrong, programmed to destroy everything he touches.

The movie is a lot of fun thanks to Lilo’s snarky humor and Stitch’s chaotic antics. But it’s also emotional and adorable as Lilo, still coping with the loss of her parents, finds family in her sister and new extraterrestrial pal.

How to watch: Lilo & Stitch is streaming on Disney+.

Tangled turns the traditional tale of Rapunzel into a riveting adventure that’s easy to fall for. It has the usual elements of a Disney princess narrative, including a spirited leading lady, funny animal sidekicks, and a charming romance. But there’s also a heavy dose of comedy that amuses throughout. The fantasy’s fast pace and summery visuals make it just as fun for adults as it is for the young ones.

How to watch: Tangled is streaming on Disney+.

Not only is Pixar’s Inside Out a colorful and comedic adventure through an 11-year-old’s mind, it’s also a creative exploration of the feelings we face while growing up and confronting change.

Rooted in psychology, Inside Out cleverly tackles things like abstract thought, long-term memory, and mixed emotions in a way that’s easy for children to understand. Yet it continues to entertain with playful personalities, a twinkly soundtrack, and an empathetic message.

How to watch: Inside Out is streaming on Disney+.

Aladdin is Disney’s most popular underdog story for good reason. It follows a scrappy street rat who, after finding a genie inside a magic lamp, is granted three wishes that could turn his life around.

Its strengths include memorable songs like “One Jump Ahead” and “A Whole New World,” a brilliant Robin Williams performance, and the adventure-filled land of Agrabah. While the magic enchants kids, the ‘90s pop culture references get older viewers laughing.

How to watch: Aladdin is streaming on Disney+.

Ahhhh, there’s nothing quite like a cartoony buddy comedy in which a selfish emperor-turned-llama (David Spade) must venture back to his palace alongside a village leader (John Goodman) he does not get along with. The Emperor’s New Groove fits a lot of story into its 78-minute runtime, ensuring not a single line goes to waste. It’s engaging, good-looking, and so very different from the Broadway-style Disney movies that came before it — but that’s not a bad thing. Trust us, it’s the opposite of boring.

How to watch: The Emperor’s New Groove is streaming on Disney+.

While every Toy Story movie has its own draw, the 1999 sequel is the least scary and the most amusing. The comedy — which has Buzz Lightyear (Tim Allen) attempting to track down Woody (Tom Hanks) after he’s stolen by a toy collector — introduces fan-favorite characters like Jessie and Bullseye. It also fully embraces its themes of purpose and belonging and packs in the laughs without ever feeling like it’s trying too hard. It’s a good ol’ time that knows how to tug at the heartstrings while spreading smiles.

How to watch: Toy Story 2 is streaming on Disney+.