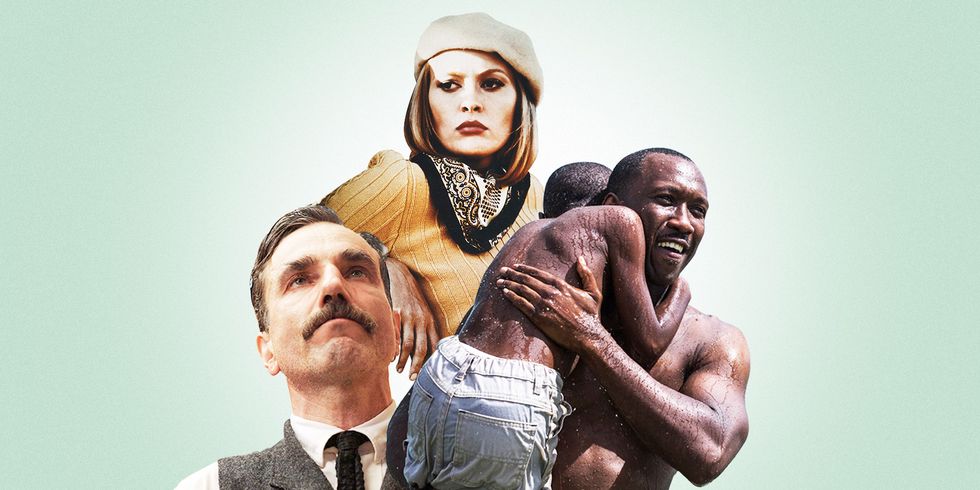 The Oscars don’t always get it right. There’s a long track record of some questionable winners in its biggest categories (just look at the recent Best Picture winner Green Book). But, even if they don’t always take home the trophies they deserve, some of the best movies of all time have at least been nominated or won Academy Awards.

After all, despite their many faults, the Oscar remains the most prestigious award in American cinema. And, thankfully, if you’re looking to expand your knowledge of prestige film, Netflix has some great options for you to watch right now.

Even if the streaming service is putting most of its efforts into expanding its catalog of streaming series, Netflix still has a number of past Oscar winners, including a few of its own original critical darlings. Whether you’re looking for a ’60s classic like Bonnie and Clyde or a modern masterpiece like Roma, Netflix has you covered.

There Will Be Blood

Paul Thomas Anderson’s masterpiece about a 20th century oil baron follows the makings of the American capitalist villain. Complete with stunning performances from Day-Lewis and Paul Dano, a deconstructed soundtrack from Radiohead’s Jonny Greenwood, and the greatest line about a milkshake in film history.

Noah Baumbach’s semi-autobiographical story about the dissolution of a marriage was a major player at the 2020 Academy Awards. Though the only trophy it took home was for Best Supporting Actress for Laura Dern, the film was also nominated for Best Picture, Best Actor (Adam Driver), Best Actress (Scarlett Johansson), Best Original Screenplay, and Best Original Score.

This 2015 Best Picture winner follows the Boston Globe’s Spotlight investigative journalist team as it uncovers the child abuse ring in the Boston area covered up by the Catholic church. The film is based on the real journalists who won the 2003 Pulitzer Prize for Public Service. The film stars a stacked cast that includes Mark Ruffalo, Michael Keaton, Rachel McAdams, John Slattery, Stanley Tucci, Brian d’Arcy James, Liev Schreiber, and Billy Crudup.

The best film of the 2010s, David Fincher’s The Social Network shows the rise of Facebook and the people behind the website that would shake the foundations of human interaction and even threaten our democracy.

Considered an essential piece of ’60s counterculture, Warren Beatty and Faye Dunaway’s beloved portrayal of Clyde Barrow and Bonnie Parker was a groundbreaking moment in New Hollywood that explored new boundaries of sex and violence in film.

Though it might be the fan-favorite Scorsese movie, Goodfellas only took home one Academy Award for Best Supporting Actor (Joe Pesci). That didn’t stop it from going down in history as one of the greatest mafia mob of all time.

Though she’s been nominated four times, Jennifer Lawrence won her only Academy Award for her portrayal of a young woman struggling with her mental health.

In this story loosely based on the lives of Danish painters Lili Elbe and Gerda Wegener, Vikander plays the wife of Einar Wegener, a man who undergoes one of the first sex-change operations in history.

Quentin Tarantino’s thriller is an Agatha Christie-style mystery set in the American West just after the Civil War, with legendary composer Ennio Morricone earning his first Oscar for its score.

This lush Merchant-Ivory adaptation of the classic E.M. Forster novel follows two families with opposing worldviews who are thrust together when their children become romantically attached.

Documentarian Bryan Fogel intended to experiment with doping in order to win a cycling competition—only his investigations into the practice opened up a bigger, more sinister scandal.

This movie is the reason the 2017 Academy Awards was, at the last minute, one of the most entertaining Oscar nights in history. This movie about Chiron, a young black man growing up in Miami, ended up winning best picture over La La Land, after presenters Faye Dunaway and Warren Beatty were given the incorrect card from a backup pile.

Guillermo Del Toro’s spooky drama follows a young girl who moves to her stepfather’s new estate—only to discover there’s another world just below the surface filled with fairies, fauns, and monsters.

Hollywood director Frank Capra produced this propaganda film on behalf of the Office of War Information, part of a larger series of pro-American films called Why We Fight.

Alfonso Cuarón’s gorgeous autobiographical film follows Cleo (Oscar nominee Yalitza Aparicio), a live-in maid for a middle-class Mexico City family, throughout one year as both her life and the lives of her employers are changed forever.

The Theory of Everything

This lush biopic tells the story of the celebrated physicist Stephen Hawking (Redmayne) and his relationship with his wife, Jane Wilde, tracking their marriage is tested both by Hawking’s academic success and his ALS diagnosis.

Manassas High School in Memphis isn’t known for its academic or athletic success, but a new football coach turns the underfunded football team around—which delivers a boost to the high school students’ morale.

This short film follows a team of volunteer rescue works who risk their lives daily in order to attend to innocent civilians living in war-ravaged Syria.

Hilary Weaver
Hilary Weaver is a freelance writer based in New York who writes about politics, queer issues, Meryl Streep, Glenn Close, and every woman the Queen has ever made a dame.