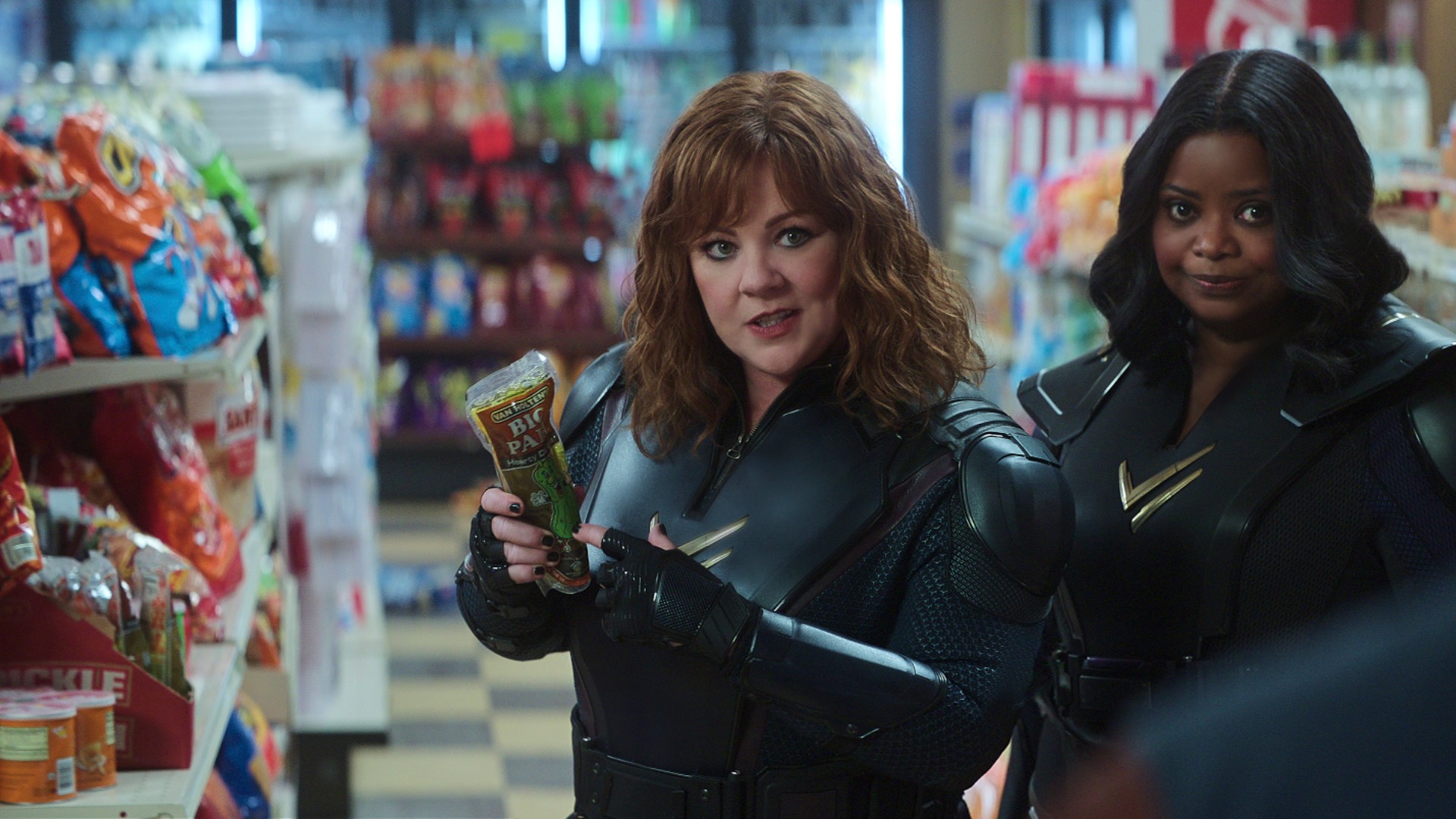 It’s the weekend, and you know what that means – time to sit down in front of the TV for two days straight, because we’re still in the middle of a pandemic and there’s nothing else to do. Luckily for you, we’re back with our weekly recommendations of what to watch on all your favorite streaming platforms, and there’s enough here to see you through from Friday night to Sunday evening.

There’s plenty of choice for your weekend movie night with these new additions, from superhero comedy Thunder Force to indie drama Songs My Brother Taught Me from Oscar favorite Chloé Zhao. If you’re looking for a new TV show to watch, try horror thriller Them on Amazon Prime. If you need something to take the edge off afterwards, season 2 of the animated comedy Solar Opposites is now streaming in the UK on Disney Plus (it’s already out in the US, on Hulu).

Melissa McCarthy and Octavia Butler have teamed up for Thunder Force – they’re superheroes, but not as you know them. When scientist Emily (Butler) finds a way to give superpowers to other people, she accidentally bestows them upon her estranged best friend Lydia (McCarthy). The duo must then team up to save Chicago from the clutches of an evil supervillain. Directed by McCarthy’s husband Ben Falcone, this is the couple’s fifth professional collaboration. The cast also includes Jason Bateman and Bobby Cannavale.

A new horror anthology from Amazon Prime, Them follows a Black family who move to an all-white neighborhood in Los Angeles in 1953. Their new, idyllic home slowly turns into an epicenter of evil forces – both from their next door and other realms. It stars Ashley Thomas (Top Boy), Deborah Ayorinde (Luke Cage), and Alison Pill (Star Trek: Picard). The series is executive produced by Lena Waithe, who’s worked behind the camera on movies including Dear White People and The 40-Year-Old Version.

Songs My Brother Taught Me – MUBI

Over six years after its first screenings, Nomadland director Chloé Zhao’s debut feature is finally getting a widespread release thanks to MUBI. Set in the Pine Ridge Indian Reservation in South Dakota, the movie explores the bond between John (John Reddy), a teenage boy about to graduate high school and planning to move away from the reservation with his girlfriend, and his younger sister, Jashaun (Jashaun St. John). Zhao also wrote and co-produced the movie – the film’s other producers include Forest Whitaker.

Part of the X-men movie series, The New Mutants follows a group of – you guessed it – young mutants who are being held in a secret facility and must fight to save themselves. Based on the Marvel comics series of the same name, it stars Maisie Williams, Anya Taylor-Joy, Charlie Heaton (Stranger Things), Blu Hunt (Another Life), and Henry Zaga (13 Reasons Why) as the titular mutants. The movie was directed by The Fault in Our Stars helmer Josh Boone.

Available: UK
Watch today: Disney Plus (already on Hulu in the US)

After premiering in the US last month, season 2 of the adult animation from Rick and Morty co-creator Justin Roiland is now available to watch in the UK. Solar Opposites follows a family of aliens from a better world who must take refuge in middle America. The ensemble voice cast includes big names like Alfred Molina, Christina Hendricks, and Jason Mantzoukas. The new season consists of eight episodes, and the season premiere sees the Solar Opposites travel to London, where they meet other aliens living on Earth.

Available: UK
Watch today: Amazon Prime Video (on Hulu in the US)

Palm Springs follows two strangers, played by Andy Samberg and Cristin Milioti, who meet at a wedding in Palm Springs, only to get stuck in a time loop together, reliving the same day over and over. The cast also includes J.K. Simmons and Peter Gallagher. Directed by filmmaker Max Barbakow in his narrative feature debut, the movie received two nominations at this year’s Golden Globes: Best Comedy or Musical and Best Actor in a Comedy or Musical for Samberg.