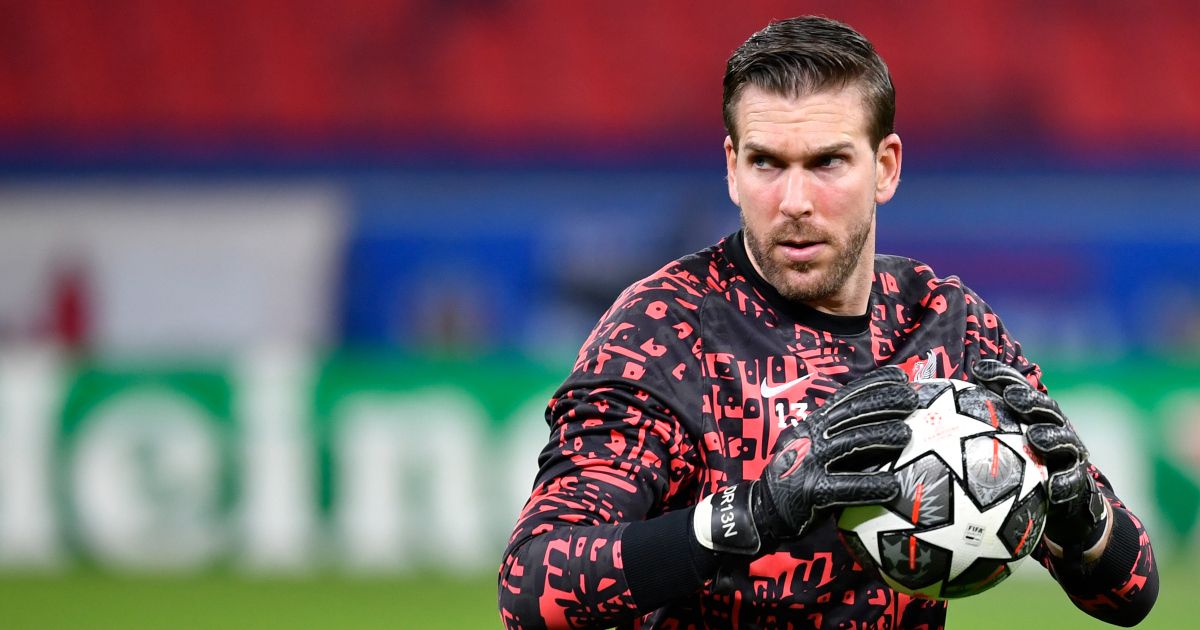 Liverpool goalkeeper Adrian has hit out at critics of his team-mate Thiago Alcantara after showing fans what a “great player” he is.

The Spain international arrived at Anfield in the summer with much expected of the midfielder, who has been playing at the top level with Barcelona and Bayern Munich for his whole career.

Widely recognised as one of the best midfielders in world football, he has been criticised for playing a part in the Reds’ downturn in form this season, which has seen fall to sixth in the Premier League, three points off the top four.

However, Adrian thinks it has been “difficult” for Thiago to adapt but reckons the Liverpool midfielder has “more than demonstrated what a great player he is”.

Speaking to Spanish newspaper Marca, Adrian said: “Of course. Thiago is receiving absurd criticism. He has more than demonstrated what a great player he is and he will also prove it at Liverpool.

“He comes from a different league, where he plays at a different pace, he had several injuries, COVID-19… That makes it difficult to adapt and, on top of that, the team has not been at his level.”

Adrian has found himself down the pecking order at the Premier League club with Caoimhin Kelleher making almost as many appearances as him this season, while Alisson is still the undisputed number one.

Adrian added: “It is being an atypical and irregular season, also on a personal level. The coach put Kelleher ahead of me in December, but it’s part of our job. We are three good goalkeepers. Physically I feel good, like a bull, and I face the final stretch of the course with the greatest enthusiasm.”

On his first season at Anfield, Adrian said: “Last season was extraordinary. I left West Ham free and landed in a Liverpool that won practically everything … In addition, I played quite a few games (11 in the league) for one reason or another. This campaign is being tougher.”

On why Liverpool have struggled in the Premier League this season, Adrian continued: “There is not one specific reason, but many. Injuries are not an excuse, but we have suffered significant casualties in key positions.

“The centre-back has been a curse: Van Dijk, Matip, Joe Gomez … Fabinho or Henderson also fell. We had to readjust. Now, with the winter signings, we are consolidating again. Kabak is helping us a lot, as is Nathan Phillips. In addition, we have lost the bonus of playing at Anfield.”