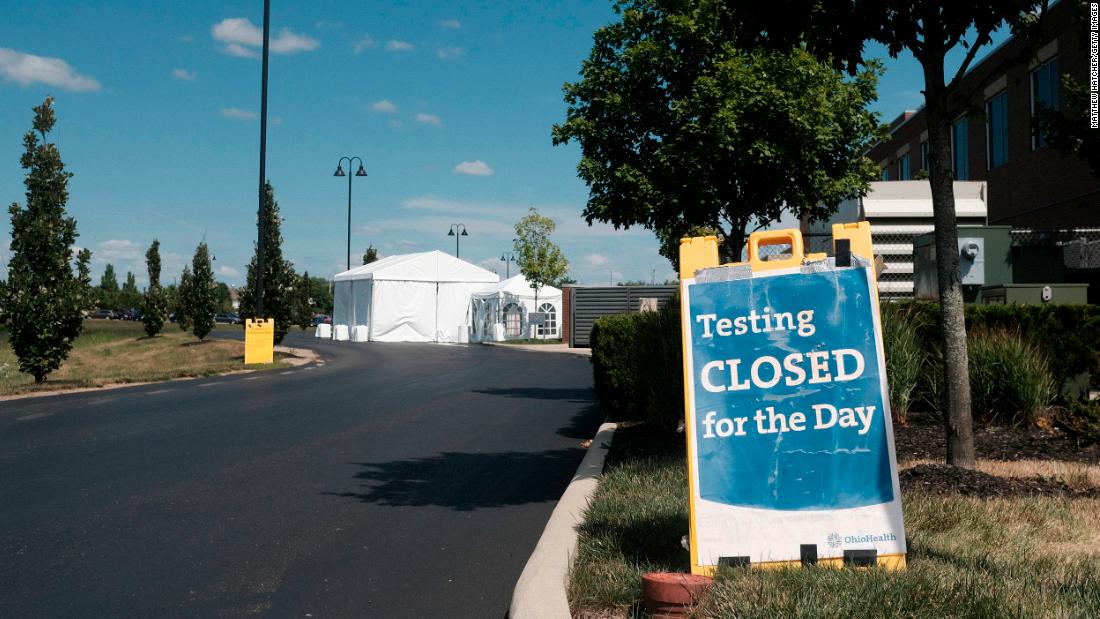 (CNN)A man with Covid-19 went to church in mid-June, then 91 other people got sick, including 53 who were at the service, according to Ohio’s governor.

“It spread like wildfire, wildfire. Very, very scary,” Gov. MIke De Wine said Tuesday. “We know that our faith-based leaders want nothing more than to protect those who come to worship.”
To illustrate how one infected person can spread the virus, state health officials released a color graphic showing how the cases radiated to some who weren’t even at the service.
DeWine urged people attending religious services to wear masks. He had mandated wearing face coverings for people 10 and older on July 22. On Wednesday, he ordered children in schools to wear masks, with a few exceptions.
The governor said he was going to send letters to churches, mosques and synagogues to share important health information.
“It is vital that, any time people gather together, everyone wear masks, practice social distancing, wash hands, and while indoors, making sure there is good ventilation and airflow,” he said.
In the case of community spread from the worshipper at the undisclosed church, a 56-year-old man went to the service. A total of 53 people got sick and 18 of those churchgoers spread it to at least one other person.
One instance of spread was a family in which a 34-year-old man became sick. His 31-year-old wife also became infected, as did four children who range in age from 1 to 11.
The wife and two children of the 56-year-old worshipper mentioned by the governor also got sick. The state didn’t detail the seriousness of the 91 people’s illnesses.
More than 96,000 people in Ohio have tested positive for the coronavirus.