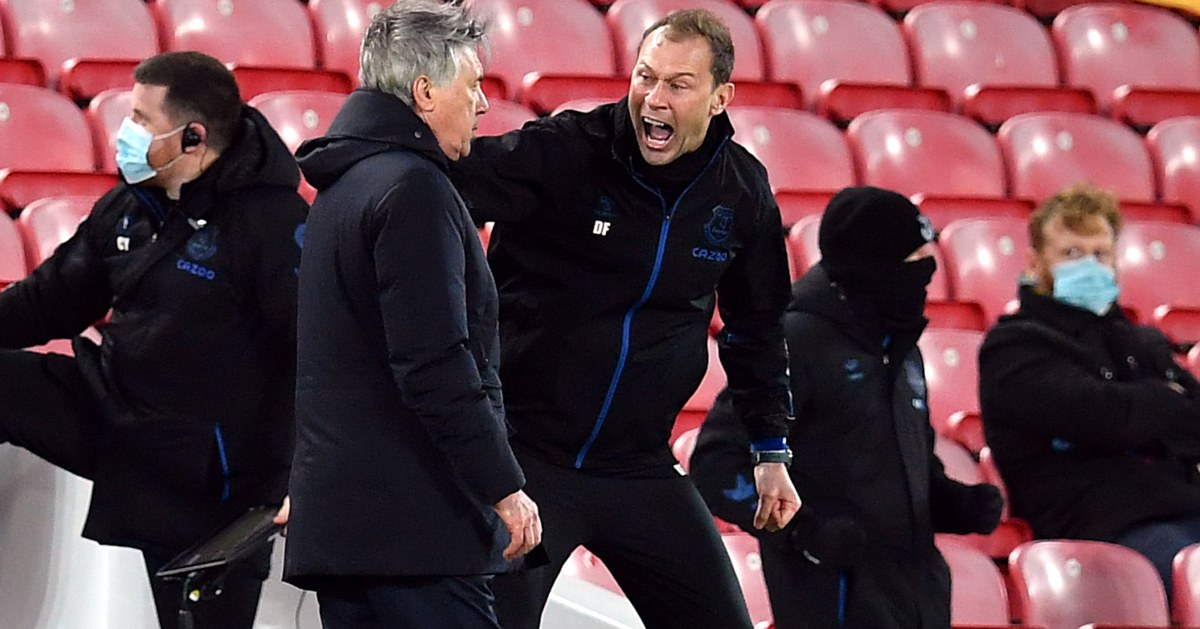 Everton manager Carlo Ancelotti admitted the happiest man at the club after their first win at Anfield in 22 years was his assistant Duncan Ferguson.

An early goal for Richarlison and a late penalty from Gylfi Sigurdsson consigned Liverpool to a fourth successive home defeat – their worst league run since 1923.

Victory, the first in 23 visits to Anfield, saw Everton draw level on 40 points with their seventh-placed hosts and they are just three behind fourth-placed Chelsea, with a match in hand over both clubs.

“I think the happiest man in our team was Duncan,” Ancelotti said of the former Toffees striker, who has experienced plenty of derby tussles against the Reds during his long association with Everton but has not been able to celebrate victories in many of them.

“We are really happy. The performance was good, difficult, but the spirit of the team was good.

“What this victory means is that we can compete, using our quality, maybe not the technical quality of Liverpool but we had a strong spirit in this period, our belief is improving, of course we have to improve.”

Ancelotti was asked whether he appreciated the extent to which he would be lauded for achieving victory against their neighbours, their first in the Merseyside derby since 2010.

“I realise I was the manager that beat Liverpool after 22 years,” he added.

“I don’t know if this is enough to be in the history of this club but if it is not enough I am working on it.”