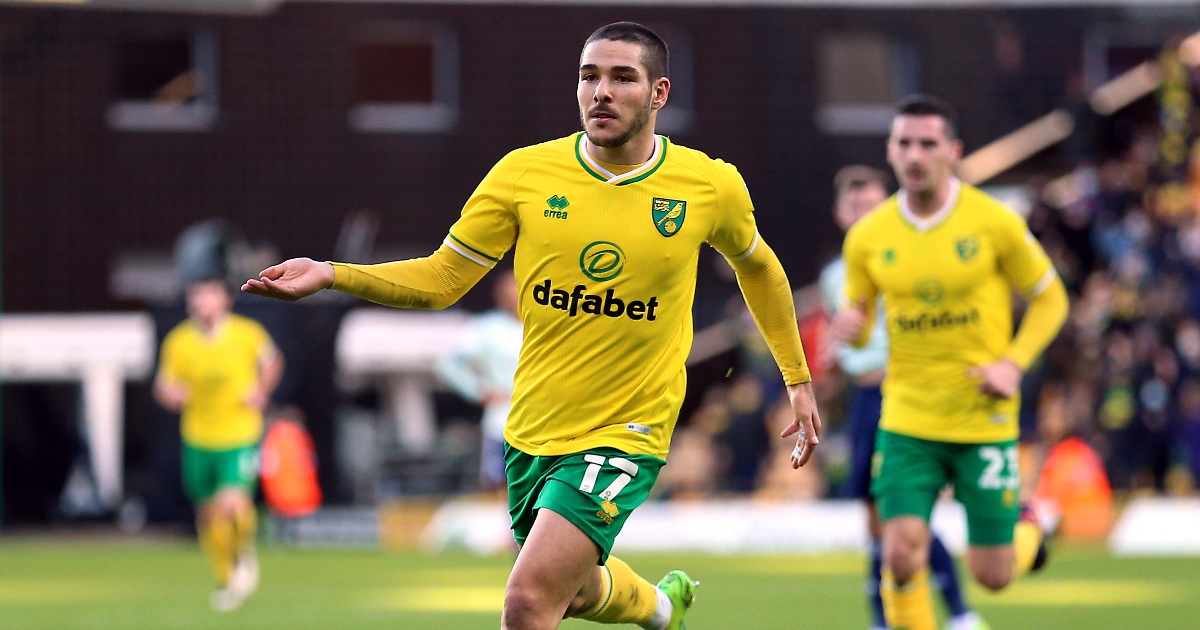 Arsenal and Aston Villa will test the resolve of Norwich City after reportedly launching £30million bids for Emi Buendia.

The playmaker, recently named the Championship’s Player of the Season, looks set to leave Carrow Road this summer.

He was originally linked with an Arsenal move last year, but the Gunners failed to act on their interest.

According to football.london, Arsenal have learnt from their mistake and submitted a formal offer of £30million.

Their bid has been matched by Aston Villa, who also rate the Argentinian highly and want to land his signature.

Norwich are open to selling some of their best players in the coming months as it forms part of their business model.

Buendia could follow in the footsteps of James Maddison and Ben Godfrey by taking the next step in his career.

But a deal will depend on the Canaries’ valuation. They won’t want to lose such an influential player for an unsuitable fee.

Arsenal and Aston Villa’s chances of signing Buendia are boosted by the recent comments of Norwich sporting director Stuart Webber.

He seemed to place a £30million price tag on the 24-year-old’s head earlier this week, saying: “If we do sell, it’s going to be a club-record deal.

“It’s probably going to start with a number three in front of it and that will give us great opportunities to maybe make the whole squad better as well. We’re really relaxed on that front.”

Arsenal boss Mikel Arteta is hoping to sign Buendia to provide more creativity in his midfield. The player could operate just in front of Thomas Partey and Granit Xhaka, providing a link between them and Pierre-Emerick Aubameyang up front.

His stats suggest he’s the perfect man to replace Martin Odegaard, who recently returned to Real Madrid at the end of his loan spell.

Buendia registered 15 goals and 17 assists in 39 games, making him a worthy winner of the Championship’s individual award.

Villa are also interested as they hope to partner Buendia with Jack Grealish. Dean Smith reportedly wants Buendia in a central attacking midfield role next season, while putting Grealish on the left wing so he can cut inside.

Smith is also wary of Villa’s reduced creativity when Grealish is injured, so it’s hoped Buendia can lessen their reliance on their skipper going forward.