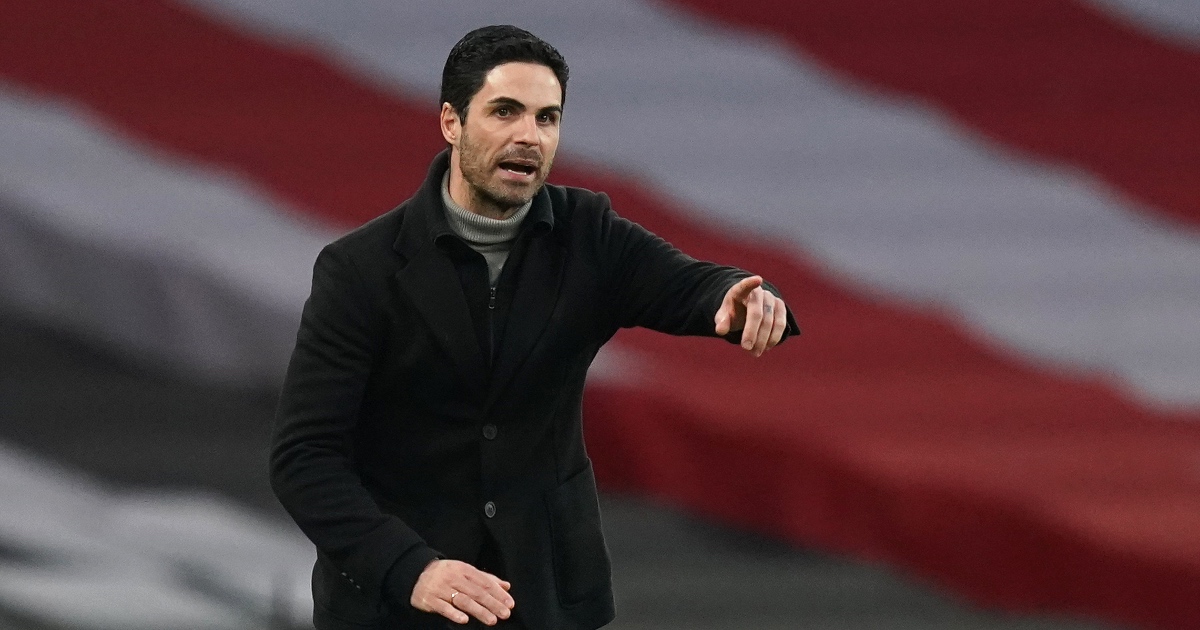 Mikel Arteta has praised Pierre-Emerick Aubameyang for his ‘great reaction’ to criticism in the 3-2 win over Benfica.

The Arsenal captain has come under fire this season for being below his high scoring standards.

But the 31-year-old scored a brace at home on Thursday to help the Gunners progress in the Europa League.

He opened the scoring in the 21st minute after being sent through by Bukayo Saka.

He raced onto the ball and finished past the keeper with a deft touch.

Aubameyang bagged again in the 87th minute as the brilliant Saka provided another assist.

This time he sent a cross over to the back post where Aubameyang was able to head home.

Speaking about his captain after the win, Arteta said: “I completely trust him because he is the producing the chances and you know when Aubameyang has chances he’s going to score goals.

“The last few days after the game in Rome against them, where he missed three or four opportunities and normally they are three goals for him, he needed to react.

“It was great to see the way he reacted was trying to be better – and not just feeling sad for yourself in this moment. I am really pleased with what he’s done tonight.

“This is the beautiful thing about football, if you keep going you always have the chance to put it right.”

Speaking about his own performance, the striker said: “Everyone is happy tonight. Definitely, I had this in my head, but this is what gives me power every day, to take the error from the past and transform it to strength.

“Tonight I’m really happy that we won the game.

“The team showed character, a lot of character and I think we deserved the win. It was a hard game, but tonight I’m really happy for the team.

“What we showed tonight, I think it’s going to be an example for the future.”

The victory sends Arsenal through to the Europa League round of 16, with the draw set to take place tomorrow.