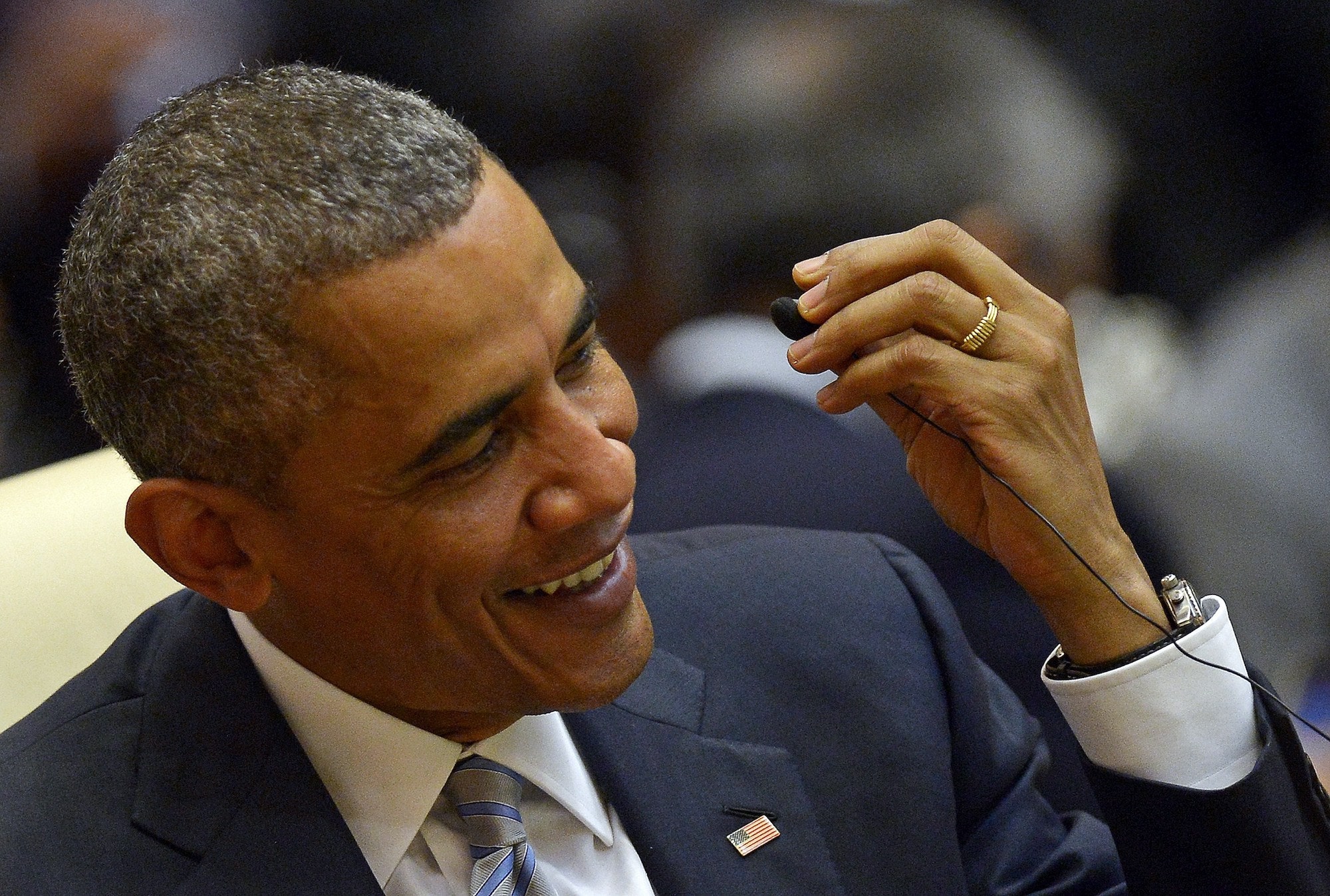 The 44th President of the United States has, as has become custom, shared his list of faves from the year as we head its final days. People looking for last-minute gift ideas could do worse than following the guidance of the Nobel Prize-winner, best-selling author, and backer of an Oscar-awarded documentary.

Seventeen books made his list this year, in no apparent order. It included non-fiction, like Erik Larson‘s history of Winston Churchill during the London blitz, The Splendid and the Vile, and Karla Cornejo Villavicencio‘s look at immigration, The Undocumented Americans, as well as literary fiction like The Glass Hotel by Emily St. John Mandel and Deacon King Kong by James McBride. Also in the mix was sci fi author Kim Stanley Robinson with The Ministry For The Future, the latest in the writer’s corpus of climate change fiction.

The list did not include Obama’s own recent mega-success, A Promised Land, but he did note that he considered it “a pretty good book.”

Citing the impact of streaming on this pandemic year, movies and TV were included in two silos on the same list. (God help us if the vaccine isn’t distributed soon, lest next year’s greatest hits be intermingled entirely!)

For feature films, Obama hit a number of Oscar contenders, like Ma Rainey’s Black Bottom, Nomadland, Mank, and Pixar’s Soul. Steve McQueen‘s Lovers Rock made the cut, but Mangrove (or any others from the Small Axe cycle) did not.

First-time director Tayarisha Poe‘s Selah and the Spades got a shout-out, as did the Kevin Costner–Diane Lane drama-with-horses Let Him Go.

Documentaries Time, Boys State, and Crip Camp made the list, the last one with the disclosure that his company, Higher Ground, was involved in its production.

The former president’s television picks included reliable choices like Better Call Saul and The Good Place, plus buzzy titles like The Queen’s Gambit, I May Destroy You, Devs, and, hardly a surprise for a Chicago-based basketball enthusiast, The Last Dance.

Obama did, however, diss The Crown.

Music-wise, Obama, age 59, admitted that he consulted with his younger daughter, Sasha, for suggestions. Though some have questioned to what extent Barack has truly jammed-out to these tracks, we’ll take it at face value that the man simply has wide tastes.

As such, we have a collection that includes Megan Thee Stallion with Beyoncé, Dua Lipa with DaBaby, WizKid and Tems, and Lil Baby alongside the longtime indie rocker Jeff Tweedy, the lo-fi Americana of Ruston Kelly, and more, um, senior picks like Bruce Springsteen and Bob Dylan.

“I hope you find a new song or two to listen to,” Obama wrote while presenting the selections.

— Inside the Always Online, All-Consuming World of Twin Flames Universe
— Rudy Giuliani’s Daughter, Caroline, on How to Accept That Trump Lost
— Carl Lentz, Ranin Karim, and Hillsong’s Unfurling Scandal
— Billie Eilish Shares How She Spent the Pandemic in Latest Time Capsule
— The Queen Says Goodbye to Her Beloved Dorgi, Vulcan
— Barack Obama on His Book, the Election, and What Actually Makes America Great
— How We Unmasked the Hollywood Con Queen Suspect
— From the Archive: Her Most Loyal Subjects, a History of the Queen’s Kennels
— Not a subscriber? Join Vanity Fair to receive full access to VF.com and the complete online archive now.