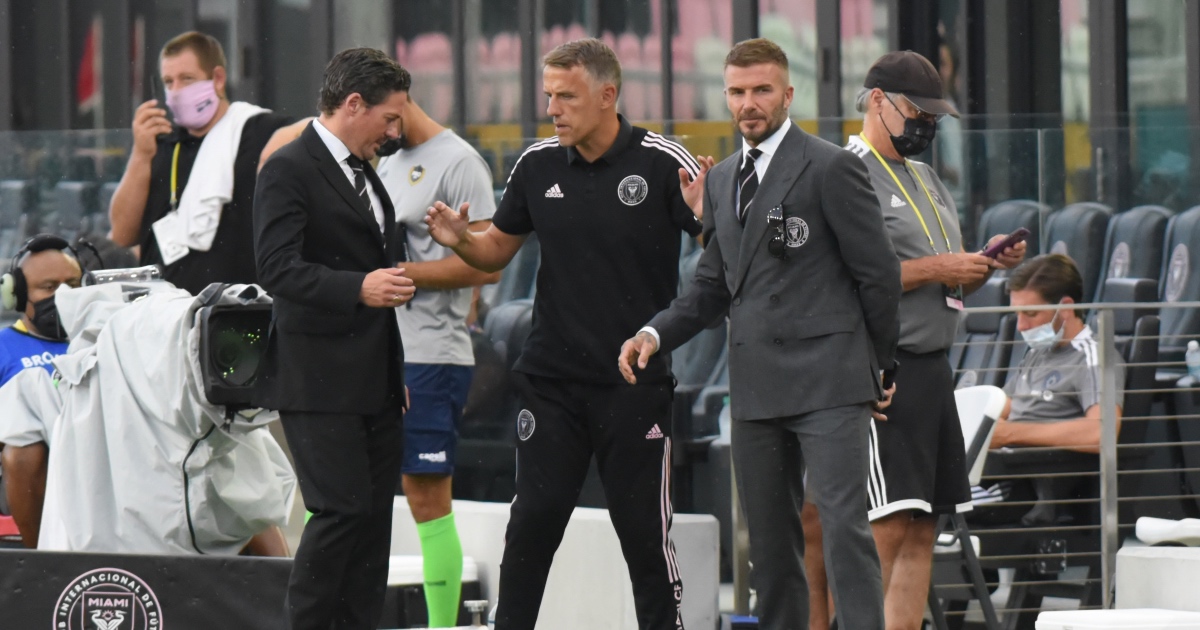 David Beckham’s Major League Soccer side Inter Miami have been fined around $2million (£1.41m) for the signing of French midfielder Blaise Matuidi.

The 34-year-old joined from Juventus last August but the deal soon caused controversy.

The MLS started an investigation last month, which found that Inter Miami had breached regulations by paying Matuidi more than what was allowed.

That gave the team four ‘designated players’ rather than the standard three, hence the fine.

Designated players’ wages do not count towards the league’s salary caps, allowing clubs to sign big names from Europe and beyond.

It’s usually referred to as the ‘Beckham rule’, after the former England star joined LA Galaxy in 2007.

Beckham, along with the club’s other co-owners, has been cleared of any wrongdoing, but managing owner Jorge Mas was fined $250,000 (£176,000) since he had an obligation to ensure the rules were followed.

The club was also found guilty of not disclosing agreements that led to the under-reporting of salaries for three other players, Leandro Gonzalez Pirez, Nicolas Figal and Julian Carranza.

Former Miami sporting director Paul McDonough, who parted ways with the team in December, was suspended by the league through the 2022 season.

The MLS also announced Miami’s allocation dollars for 2022 and 2023 had been reduced by more than two million dollars.

The fine is the highest in the league’s history. Speaking about the punishment, MLS commissioner Don Garber said: “These sanctions reflect the severity of Inter Miami’s violations.”

Mas said: “We have worked closely with MLS to address these issues and have made significant changes in our management structure.”

He has some big names at his disposal, including Argentinian goalscorer Gonzalo Higuain and former Stoke defender Ryan Shawcross.

Miami currently sit seventh in the Eastern Conference after seven games. They’ve picked up impressive wins against Philadelphia and Cincinnati in recent weeks, although their last game ended in a 1-0 defeat to Chicago.