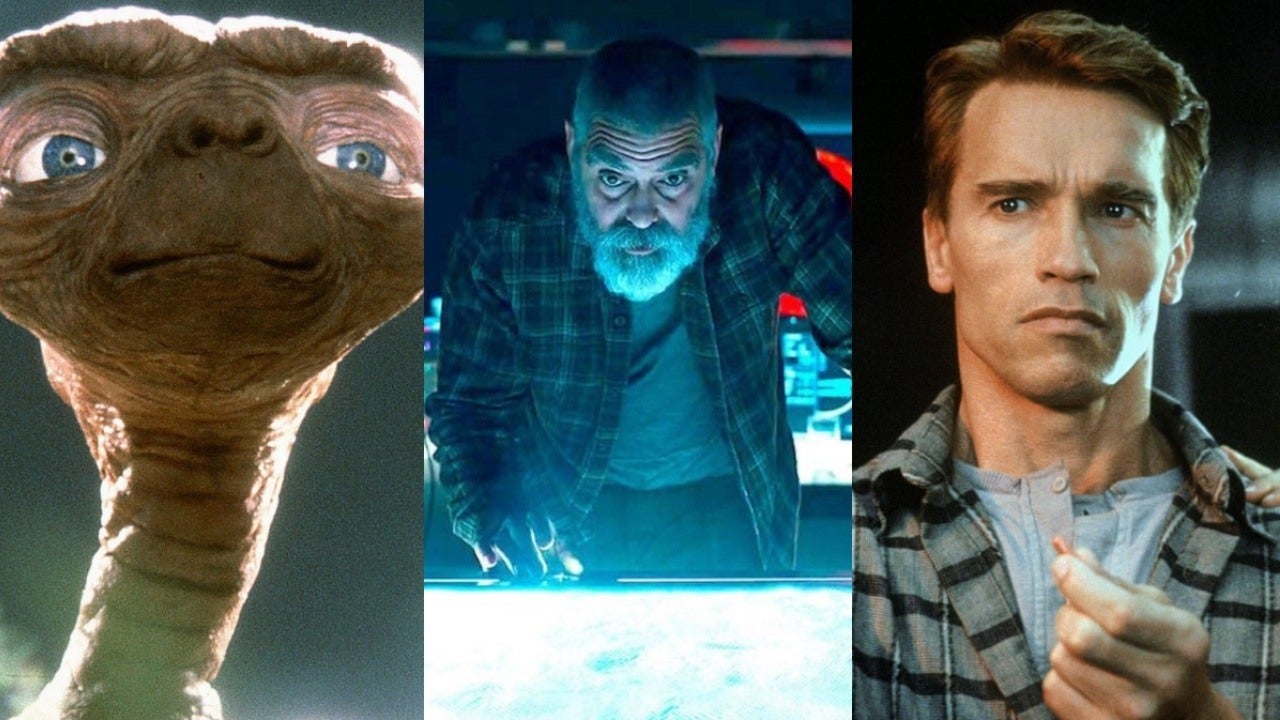 Are you looking for the best sci-fi movies to stream on Netflix right now? The service itself is basically the stuff of science fiction — a huge repository of motion pictures, available to watch at the push of a button. Time travel to any era in cinema history (more or less)! It’s a magical, wonderful concept, and the only thing that would make it better is if they actually had all the movies you want. But that’s where we come in with our monthly updates on the best new movies on Netflix.So let’s take a look at the best sci-fi streaming on Netflix, including true classics of the genre like A Clockwork Orange, E.T. the Extraterrestrial, and Total Recall, as well as more recent hits like Snowpiercer and I Am Mother. This list features high-concept stories for fans of all kinds to watch. The newest additions to the list will be added at the top and marked with an asterisk.

Oh, and when you’re done here, be sure to also check out our list of the 100 Best Sci-Fi Movies Ever and what’s new to Netflix this month.

Best Movies on Netflix by Genre:

Please note: This list pertains to U.S. Netflix subscribers. Some titles may not currently be available on international platforms. This article is frequently amended to remove films no longer on Netflix and to include more sci-fi films that are now available on the service.

Have you seen The Midnight Sky?

George Clooney directs, and stars in, the story of a dying scientist, on a dying Earth, venturing out of his arctic research station with a mysterious young girl to try and contact the crew of a returning space voyage – and let them know their world is no longer safe. Felicity Jones, David Oyelowo, Demián Bichir, Kyle Chandler, and Tiffany Boone also star in this tale of hope, humanity, and hazardous ice flows.

Steven Spielberg has consistently been churning out great work for decades, but he could have called it quits with E.T. and he’d still rank among the great American filmmakers. This timeless story of a boy and his newfound alien friend showcases Spielberg at his most whimsical and adventurous. If you’re a Stranger Things superfan who hasn’t gotten around to watching one of the main films that inspired that ’80s nostalgia-fest, now you have no excuse.

Netflix once again has the first three Jurassic Park movies. The 1993 original is widely regarded as one of the finest examples of Steven Spielberg’s legendary career, with thrilling set pieces and special effects that still hold up surprisingly well nearly 30 years later. Neither of the two sequels (1997’s The Lost World: Jurassic Park and 2001’s Jurassic Park III) come anywhere close to meeting that high bar, but both are still entertaining popcorn blockbusters with no shortage of human vs. dino action.

Stanley Kubrick’s immensely controversial classic, based on Anthony Burgess’s 1962 novel, stars Malcolm McDowell as a violent raping teen who gets captured and “rehabilitated” with experimental psychological conditioning. A Clockwork Orange is considered one of the best, and most morally-disturbing, movies ever made.

Watch A Clockwork Orange on Netflix.

Cousins Stephen and Robbie Amell starred in this sci-fi actioner, about a man with superpowers who works with a group of criminals to raise money to help his sick mother, that gave off strong “indie X-Men” vibes. A spinoff series, with the Amells, was being developed for Quibi, but then that streaming platform folded.

With an all-star cast featuring Michael Shannon, Joel Edgerton, Kirsten Dunst, and Adam Driver, Midnight Special follows a father (Shannon) who escapes with his son (IT’s Jaeden Martell) from both the government and a cult after they discover that his son has special powers. It’s ambitious, heartfelt, and powerful.

The Mandalorian and Game of Thrones’ Pedro Pascal stars in this sci-fi trek about a teenage girl (Sophie Thatcher) and her father traveling to an alien moon and experiencing dangers inside a poisonous forest. Jay Duplass also stars in this gritty, atmospheric thriller.

Among the first batch of Netflix original movies was Spectral, the story of a DARPA scientist (James Badge Dale) who embarks on a deadly mission with a Special Ops team of Delta Force soldiers into a war-torn city where mysterious phantom aggressors have been killing civilians. Max Martini, Emily Mortimer, and Bruce Greenwood co-star.

Directed, produced by, and starring Justin Benson and Aaron Moorhead, The Endless tells the story of two brothers who visit an alleged cult they formerly belonged to. As a low-budget indie, The Endless unravels as a mind-bending puzzle of weirdness.

Watch The Endless on Netflix.

One of Schwarzenegger’s best outings, and one of director Paul Verhoeven’s most violent romps, was Total Recall, the story of a daydreaming construction worker who inadvertently unlocks previous memories of being a death-defying secret agent. Or…is he imagining the entire thing and causing himself to have a fatal embolism? Who’s to say?

Hugh Jackman stars in this lively, emotional family film, from Stranger Things EP Shawn Levy, and based on a short story by Richard Matheson, about a future where human boxers have been replaced by robots. Jackman’s small-time promotor reluctantly teams with his estranged son, Max (Dakota Goyo), to build and train a championship robot for a last shot at redemption.

This fascinating dystopian drama takes us into the future, after humanity’s all but been eradicated, and follows a young girl, simply known as Daughter, as she’s raised in a post-apocalyptic bunker by a robot named Mother (voiced by Rose Byrne). Hillary Swank plays a mysterious outsider who may throw the entire plan to rebuild the population out of whack. Or could she an integral part of the entire scheme?

The great thing about time travel is that it often allows for high-concept storytelling on a very low budget. Like Primer before it, In the Shadow of the Moon applies the “less is more” approach and delivers a heady thriller in the process. Starring Boyd Holbrook, Cleopatra Coleman and Michael C. Hall, In the Shadow of the Moon opens with a murder mystery and soon expands to encompass several timelines. With Back to the Future no longer available on Netflix, this is the next best way to get your time travel fix.

While it’s a very different film from The Matrix, Cloud Atlas is no less an impressive accomplishment on the part of the Wachowski sisters. This sweeping epic features a strong ensemble cast playing multiple roles throughout time, as the plot stretches from the mid-19th century to mankind’s post-apocalyptic future. The story can be confusing on a first watch, but the lavish visuals and music make it well worth the effort.

Snowpiercer is easily one of the best comic book adaptations that most viewers don’t even realize is a comic book adaptation in the first place. Acclaimed South Korean director Bong Joon-ho made his English language debut here, chronicling a post-apocalyptic world where a handful of survivors (played by Chris Evans, John Hurt, Octavia Spencer and others) make their way through a frozen wasteland aboard an eternally moving train. Naturally, the class divide still exists in this terrible future, and the film focuses a great deal on contrasting the squalor of the rear cars with the decadent luxury of the train’s more privileged passengers.

How We Choose the Best Sci-Fi Movies on Netflix

Science fiction is a wide-ranging genre, and one that can sometimes be difficult to pin down. We try to focus on sci-fi movies that have a time-tested reputation like The Matrix, as well as those movies that scored well on aggregate sites like Rotten Tomatoes and Metacritic. In some cases, we may pick more critically divisive movies like Under the Skin that we still feel are worth checking out. The one common thread is that all these movies explore the intersection of humanity and technology in a unique way.