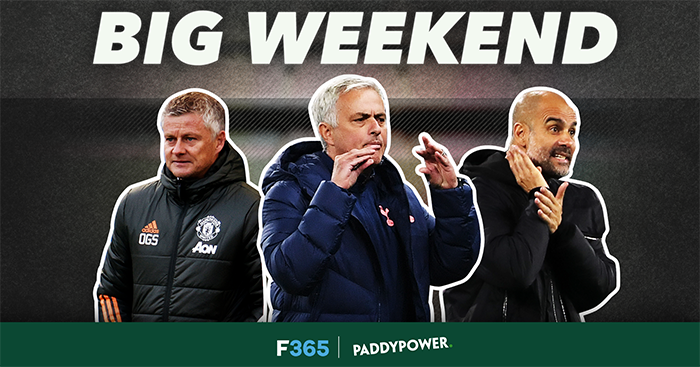 After six long bloody months and saying “give us a second series, you shits” pretty much every day, we’ve finally got Big Weekend back on YouTube.

Sarah’s still in her kitchen, not the pub, sadly, but thanks to Paddy Power we can at least bring you Big Weekend in video form every week once again. Now you can write angry comments *and* shout at our faces on the screen when you disagree.

You couldn’t possibly disagree with Sarah’s assessment in this first show that “centre-halves are sexy,” but Fulham fans might not be quite so happy about the assertion that ‘doing a Derby’ isn’t actually that crazy of a suggestion.

Frank Lampard probably won’t want to watch either. Well, not unless he agrees that he’s not a proper manager.

We also ask some of life’s big questions: Is Nelson Semedo actually any good? Will Man Utd ever sign a player ever again? Will any Spurs players leave their own penalty area this weekend?

On a happier note, Mark predicts a riot when Leeds host Manchester City in what Sarah is labelling a managerial battle between Superman and Batman.