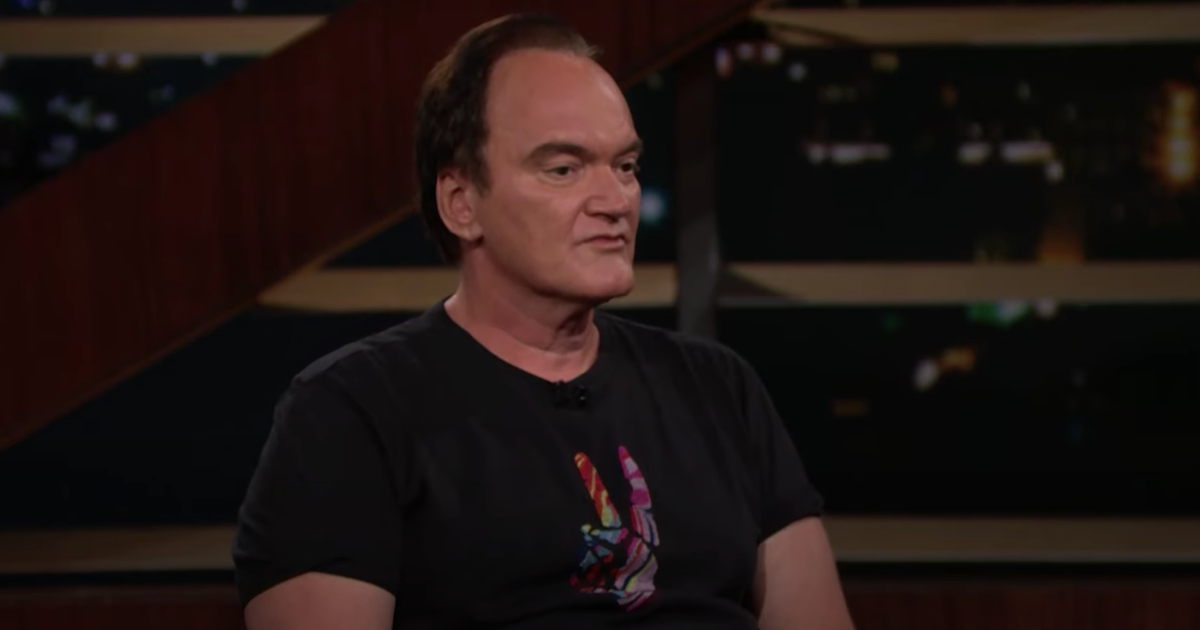 Quentin Tarantino has made it clear that he plans to stop writing and directing after his tenth film, meaning he only has one more to go, if we’re counting both Kills Bill (the grammatically correct pluralization) as one piece. This upset Bill Maher last night on Real Time With Bill Maher, where Tarantino was appearing to promote the novelization of his most recent (and penultimate, apparently) film, Once Upon a Time in Hollywood. You know, like how you used to go to the Scholastic Book Fair and there’d be novelizations of Lizzie McGuire episodes that were easy to read and came with a gel pen. Maher’s reaction to the book was … to tell Tarantino he should keep his film career going. Way harsh. “You’re too young to quit, and you’re at the top of your game,” Maher says. “That’s why I want to quit!” Tarantino responds. “Because I know film history, and from here on, directors do not get better.” Tarantino pleads his case, saying, “I don’t have a reason that I would want to say out loud that’s going to win an argument in a court of public opinion or Supreme Court or anything like that, but at the same time, working for 30 years doing as many movies as I’ve done, it’s not as many as other people, but that’s a long career. That’s a really long career. And I’ve given it everything I have.” But Quentin, if you don’t make more movies to novelize, how will you make all that sweet, sweet paperback money, hmmm?