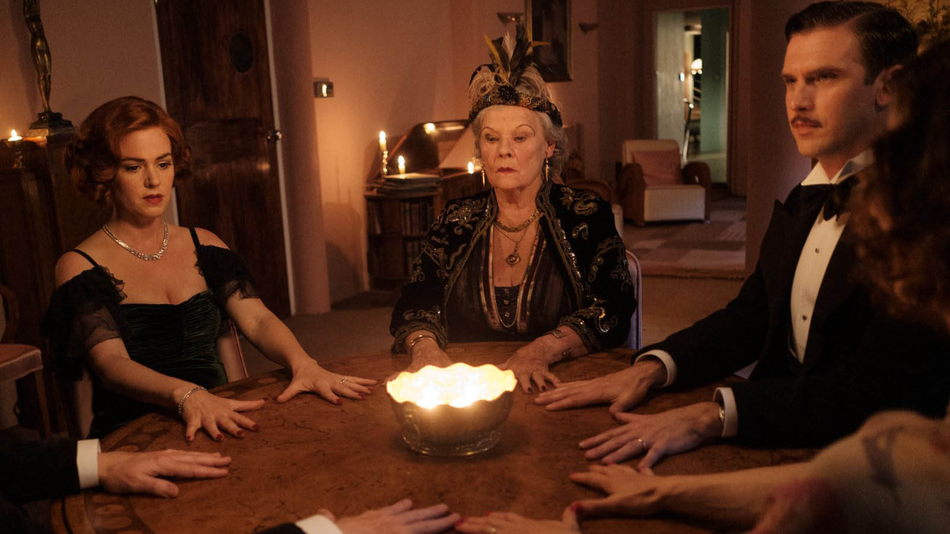 There’s something about spending an interminable amount of time on your sofa that transforms you from a discerning critical thinker into someone willing to watch even the most drab pop culture in the hope it’ll proffer a transient glimmer of distraction.

Blithe Spirit certainly served that purpose, turning my head for a brief moment from the tedium of daily life. Edward Hall’s adaptation of Noel Coward’s classic comic play has a glittery cast. Set in 1937, Judi Dench plays Madame Arcati, a medium trying to salvage her reputation following a “levitation” gone badly wrong — the diamond in the gilt crown of this film. Dan Stevens takes the lead as Charles Condomine, a celebrated writer and pathetic mess of a man, who can no longer string a sentence together. Isla Fisher plays his beleaguered wife Ruth, who struggles to live up to the memory of Charles’ deceased former wife. That struggle takes mortal form (well, more like immortal, actually) when Madam Arcarti accidentally brings Charles’ dead wife Elvira back from the grave — played by Leslie Mann — only for her to wreak havoc on all their lives.

It soon becomes apparent that Charles is even more of a tragic loser than we’d given him credit for. As he stumbles around his little writing lodge, swilling a glass of whiskey in the hope that the writing muse will visit him, it becomes clear that he’s lost his writing mojo — only it’s not grief over his late wife that’s given him a case of writer’s block. In one last-ditch effort to summon some words to a page, he inexplicably asks Madame Arcati to hold a séance at his home. To say Charles gets more than he bargained for would be the understatement of the century.

You’d think this fantastical plot would lend itself well to bringing you a laugh a minute. And yet….I can’t recall laughing out lout once during the 1 hour 35 minute-long film. Something tells me, Noel Coward wouldn’t be all too pleased about that shortcoming.

Stevens might have been seam-tearingly hilarious in Eurovision Song Contest, but as Charles Condomine, there’s an element of pantomime about him — only one that doesn’t so much as crack a smile from the audience. Dench, however, leaves you gasping for more every time she graces us with her presence. As she potters around her Sussex cottage, brewing a spell to try to get rid of Elvira’s unwelcome spirit, Dench gives a compelling and believable performance.

As Ruth, Fisher delivers a lot of energetic bluster and harumphing while her husband cavorts around with Elvira, a seductive ghost trying to win back her mortal husband. There is a sense of just desserts being served, thankfully, as Charles gets dealt the ultimate hand of well-deserved revenge from beyond the grave. It doesn’t end there, of course. More justice is headed Charles’ way, and *in my best Chicago cast singing impression* he had it coming.

Seriously though, this film is a bit of fun, something you’d put on in the middle of a drab, drizzly afternoon. At the end, you’d turn to your beloved and say, “Well, that was nice,” pour yourself a drink, and likely never think about it ever again. For viewers, distraction is more than enough right now. But great art this movie most certainly is not.

Blithe Spirit is available to stream in the UK on Sky and NOW TV from Jan. 15, and coming to theatres and VOD in the U.S. on Feb.19.

WATCH: What to binge on the best 30-day free trials