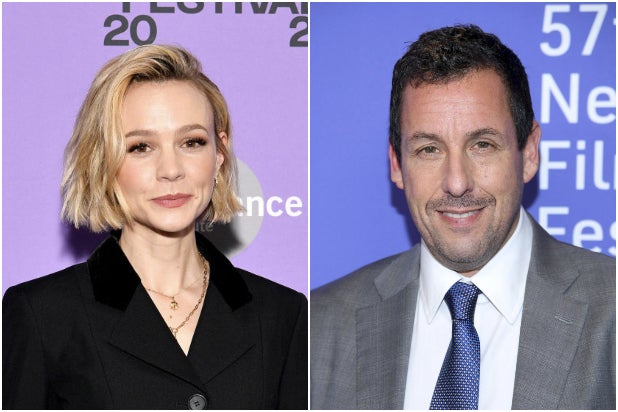 Carey Mulligan, who is Oscar nominated for her work in “Promising Young Woman,” has joined Adam Sandler in a movie at Netflix called “Spaceman.”

Originally titled “The Spaceman From Bohemia,” the film is a sci-fi based on a novel by Jaroslav Kalfar. The film stars Sandler as an astronaut sent to the edges of the galaxy to collect an ancient, mysterious dust. But as life on Earth begins to crumble, he turns to a creature from the beginning of time that is lurking aboard his ship for help to save humanity. Mulligan will play Sandler’s wife.

Johan Renck (“Chernobyl”) will direct the film from a script by Colby Day.

In addition to “Promising Young Woman,” Mulligan recently starred in the Netflix drama “The Dig” with Ralph Fiennes. She’ll next be seen in “Maestro,” which is Bradley Cooper’s biopic about the composer Leonard Bernstein. She just made her “Saturday Night Live” hosting debut this past weekend.