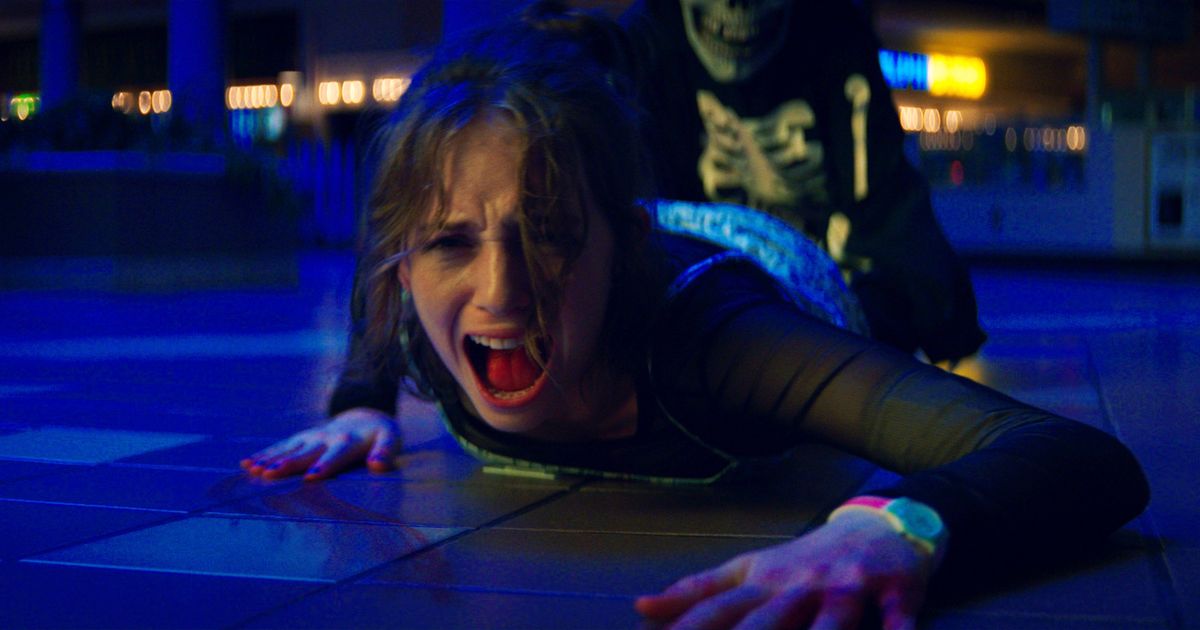 Halloween’s coming early this year, with Netflix’s July offerings erring on the side of the bloodcurdling. The centerpiece of its schedule is the unorthodox and audacious Fear Street trilogy, developed for Fox with the intention of airing the three features one month after the other, then sold to Netflix and condensed to a weekly basis. A standout from Italy subverts the tropes of horror while proffering a sturdy example of the same, and a Korean exorcism tale will more than suffice for devotees of the genre. And that’s not even covering the starry John Wick descendant that allows us the magnificent sight of Angela Bassett operating a pump-action shotgun. Read on for a primer on the highlights of this month’s film-release slate for Netflix, and do your best not to get snacks everywhere when jumping in fright:

With this Italian import, Roberto de Feo and Paolo Strippoli attempt to do for the recent spate of so-called “elevated horror” what Drew Goddard did for slashers with The Cabin in the Woods, and they just about hit the mark. A nod to Hitchcock here and an invocation of Sam Raimi there throw things off at times, but the directors have developed a workable bit in the clash between the straight-played humor and the po-faced seriousness of the tone. Many of Netflix’s own titles exemplify the muted palette and militant resistance to comedy undercut by the script, which thumbs its nose in the direction of the Aster-adjacent milieu of cults and ominous totems. Just dumb enough to work, the haunted-house plot barrels through clichés and comes out the other side with an earnestly lowbrow evisceration of the fake highbrow.

For starters, Leigh Janiak gets points for ambition: She directed and co-wrote all three parts of this centuries-spanning trilogy based on R.L. Stine’s more grown-up alternative to his hit Goosebumps paperbacks; the film adaptations unloaded onto Netflix over consecutive weeks. In the first, the unrestful specter of a witch hanged ages ago terrorizes the teens of Shadyside during the heyday of plaid flannels tied around the waist, and that’s about as deep as the film’s connection to its era runs. Janiak fixates on surface-level nostalgia objects (an attitude reflected in the fatal overdose of soundtracking, culminating in one dizzying sequence that burns through three musical cues in 45 seconds flat) without any spiritual connection to the Zeitgeist, extensive aping of Scream aside. The hooligans mostly act like the adolescents you’d find in any present-day studio horror, with one noteworthy deviation — though the film looks PG-13 with its bright colors and poppy tone, it acts R, indulging in a liberated attitude toward narcotics and spectacular violence.

The middle piece of this grand tapestry is saddled with expanding the architecture of Janiak’s larger story, as a survivor of a ’70s summer-camp massacre spins a frame narrative for the previous film’s characters about her hellacious experiences all those years ago. Being the final film shot despite coming second sequentially, the direction feels more confident and relaxed than before, relying less on a winking deluge of deployed songs and more on steadily paced cat-and-mouse games. Friday the 13th is the primary reference point, though the plot doesn’t lean on that blueprint so hard, mostly taking the brisk clip at which characters get fleshed out and then dispatched. On the gore front, the kills make up what they lack in inventiveness with emphasis, the camerawork giving us nice clear views of the assorted lacerations. It should be a campy and carefree time, but the gradually accumulating mythology makes the maintenance of continuity into taxing work.

The concluding film goes back to colonial New England in order to show the origins of the witch wreaking havoc for generations of Shadysiders, revealed to be an innocent girl persecuted for her sapphic desires. The accents are all over the place, and though Janiak claims The New World as her main influence here (the cojones!), The Witch could make a convincing case in court on swag-jacking charges, but that’s almost beside the point. This wraps itself up by the halfway mark, at which point the film then scrambles to tidy up and resolve its overarching plotline — a feat achievable only by revealing that the complex, ambiguous witch was actually good all along, while an easier-to-hate villain worked in the shadows. It’s an easy way out geared for direct viewer gratification, a betrayal of the most mature concept this still commendably grisly mini-franchise had going for it.

It can sometimes seem like filmmaking is as simple as casting Angela Bassett, Michelle Yeoh, and Carla Gugino to portray a triumvirate of elite lady assassins, but Navot Papushado’s John Wick clone proves otherwise. A disengaging Karen Gillan leads a shoot-’em-up without much identity of its own beyond a superficial sheen of girl power, even if the dog in need of avenging is traded for an 8.75-year-old girl in need of defending. Going heavy on the world-building and light on everything else, the script yields one genuinely clever idea — our heroine’s arms are paralyzed for a long stretch of the second act — and burns through it after two stop-and-take-notice action setpieces. And it’s no Fear Street, but the soundtrack once again elbows its way to the foreground of each scene instead of enriching the background.

There’s bad news and good news: That pesky monster the Buddha sealed away thousands of years ago has busted out and started eating people’s heads in rural Korea again, but lucky for us, we’ve got our best men on it. The dynamic between jaded monk Jin-soo (Lee Sung-min) and his idealistic younger ward (Nam Da-reum) suggests yet another regional rework of The Exorcist, this time with a police-procedural subplot stuck in to investigate the demonic spree through secular means. The tension between the cops and their spiritual counterparts gestures toward commentary on the collision of a traditional and modernizing nation without ever going for it, leaving the setpieces to carry its nearly two hours. For the most part, they do, the carnage sparingly shown for heightened effect. But once it’s all over, there’s little to stick with a viewer, which poses a pressing issue for a film that’s supposed to be haunting if nothing else.

The title makes it sound like Major Grom is the Plague Doctor, but in this politically muddled Russian spin on the superhero picture, they’re sworn nemeses. The bird-masked Doctor is an anonymous vigilante purging St. Petersburg of the corrupt officials making life a nightmare for the underclass, and Major Grom (Tikhon Zhiznevsky) is the monomaniacally driven cop out to stop him. The Doctor represents the Batman figure here, but Grom’s our protagonist, cutting right to the confused moral center of the film. The baldly stated messaging rules that though things may not be so great under Putin, the real menace must be the opposition taking extreme measures to foment positive change. (The Doctor’s deeds inspire a grassroots movement of citizen imitators, this film’s idea of a worst-case scenario — picture a post-Soviet version of antifa paranoia.) Unsavory partisan alignment aside, there’s a polish here absent from most foreign capes-and-tights epics, a sense that these characters could go toe to toe with any of Hollywood’s biggest and baddest.