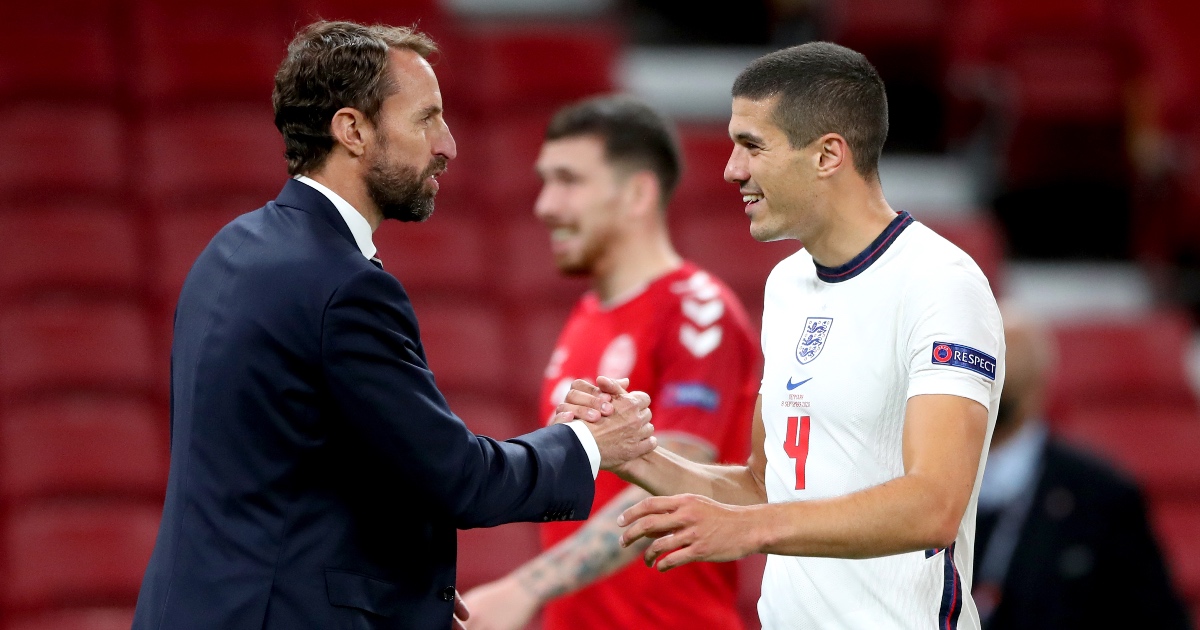 Conor Coady admits Gareth Southgate’s pre-Euro 2020 speech left him with goosebumps as the Wolves captain focuses on country over club for the next month.

The 28-year-old has just five England caps but has already become a part of Southgate’s influential leadership group.

Coady was included in the 26-man squad for the European Championship and will hope to be part of the team that faces Croatia in the Group D opener at Wembley on Sunday.

Why does Sancho switch to Man Utd now feel underwhelming?

He revealed a conversation between Southgate and his players – which included a video aimed at showing the squad how important representing their country at the tournament will be – got him revved up.

“The whole talk from the gaffer and what we talked about was incredible,” he told talkSPORT.

“It was something we didn’t expect. It gave me goosebumps watching the video and hearing him. He spoke about our own legacy and creating memories for people of this country.

“What we’ve all been through this year and what we’re all looking forward to now over what we hope is the next four or five weeks. He spoke about the sun shining on ourselves.”

While being inspired by Southgate, Coady has also watched from afar as Wolves appointed Bruno Lage as their new head coach.

Not long to go until England start their #EURO2020 campaign with a tough test against Croatia on Sunday. @marksmithstuff, @pete_farries and @scottallenutd take a closer look at their strengths and weaknesses…

Coady shone in a three-man defence under previous boss Nuno Espirito Santo, who left Molineux by mutual consent at the end of the season.

“When you come here you are playing for your country and block everything out,” Coady replied when asked about the managerial situation at Wolves.

“It’s so refreshing when you come and you have to block everything out. It’s always a bit of a shock when your manager goes.

“It was a shock when we were told but the club is moving forward and have seen a new manager come in which is exciting for all of us.

“I’ve seen a lot in the news the last few days, I’ve spoken to the club as well and it’s an exciting time for the club because we all want to improve and get better.”