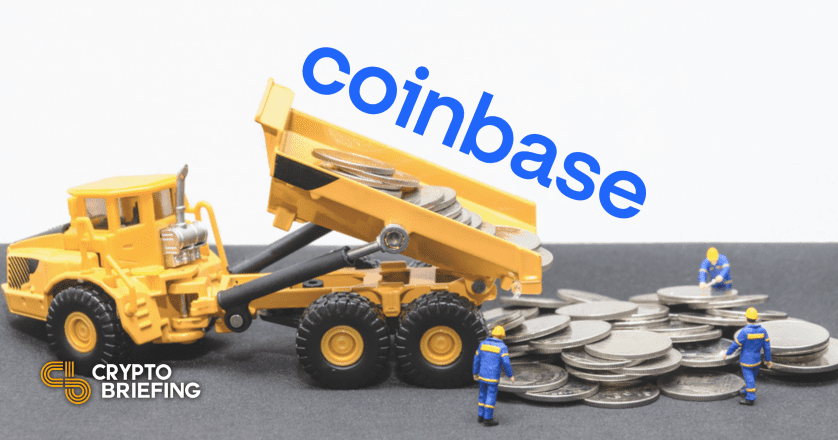 In response to widespread allegations from the crypto community, Coinbase has denied that its executives sold large amounts of their stock holdings following the company’s listing on Apr. 16.

“Over the weekend of April 17-18, 2021, we saw numerous pieces of misinformation spread about our investor and executive stock sales,” Coinbase wrote. “We’d like to set the record straight.”

It noted that investors and executives must file a Form 4 when they sell shares on a listing day. It noted that these filings are publicly available but are “tricky to correctly interpret,” which led crypto investor Dereck Coatney to create an “erroneous chart.”

That chart was noticed and retweeted by more prominent investors, such as Peter Schiff of ShiffGold and Euro Pacific Bank. In his analysis, Schiff wrote that Coinbase CEO Brian Armstrong privately dumped of his 71% shares, while various other executives dumped 63%, 86%, 97%, and 100% of their holdings.

Coinbase says that these numbers are incorrect. It says that Armstrong actually sold 2%, not 71%, of his outstanding equity. Other executives sold 15%, 24%, 8%, and 38% of their holdings.

Those numbers are similar to corrections published by The Block’s Frank Chaparro shortly after the information began to circulate.

However, the numbers are still higher than other early corrections. Coinshares CSO Meltem Demirors, for example, suggested that each executive sold less than 10% of their shares.

Coinbase added that its executives’ actions were consistent with behavior seen at other companies. It says that its section 16 officers sold 3.32% of their holdings after a direct listing. By comparison, Asana execs sold 1.67%, of holdings, Palantir execs sold 7.29%, Roblox execs sold 4.21%, and Slack execs sold 4.18%.

Why Was There Confusion?

Coinbase speculated that confusion arose from different types of equity, which are accounted for differently. It added that executives may appear to have sold 100% of their shares, when in fact they only sold 100% of the shares exercised during a same day sale.

Coinbase also clarified that, because it carried out a direct listing rather than a traditonal IPO, it only sold existing shares. That means its executives actions’ did not dilute the market.

Despite the company’s reassurances, Coinbase’s stock (COIN) has fallen in value from $342 on Apr. 16 to $294 today—representing a 14% loss over just a few weeks.

Disclaimer: At the time of writing this author held less than $75 of Bitcoin, Ethereum, and altcoins.

After much speculation, the Coinbase public offering finally has a date. Anticipated Listing Date Coinbase announced that the SEC validated its proposal for a public direct listing of its stock….

What Are Non-Fungible Tokens (NFTs)?

Tokenization is well-suited for commodities like fiat currencies, gold, and physical land. A fungible asset’s representation on blockchain makes commodities tradable 24/7 via borderless and frictionless transactions. Fungible goods are…

The second-largest stock exchange in the world is set to offer Coinbase stock options beginning on Tuesday. Coinbase Options: Max Pain, Max Gain A Nasdaq representative confirmed to Reuters that…

Hours before Coinbase begins trading on Nasdaq, Binance, another top cryptocurrency exchange, has announced the launch of the Coinbase Stock Token on the platform. Binance Launches Coinbase Tokens The stock…

According to an Ark Funds email, the firm bought a total of 749,205 COIN, totaling $246 million. Ark Funds Invests in Coinbase Ark Funds bought the stocks through three of…

Coinbase makes history as the first cryptocurrency company to go public.  Coinbase Goes Public in First for Crypto  Coinbase is now live on NASDAQ.  COIN shares were trading at $381…