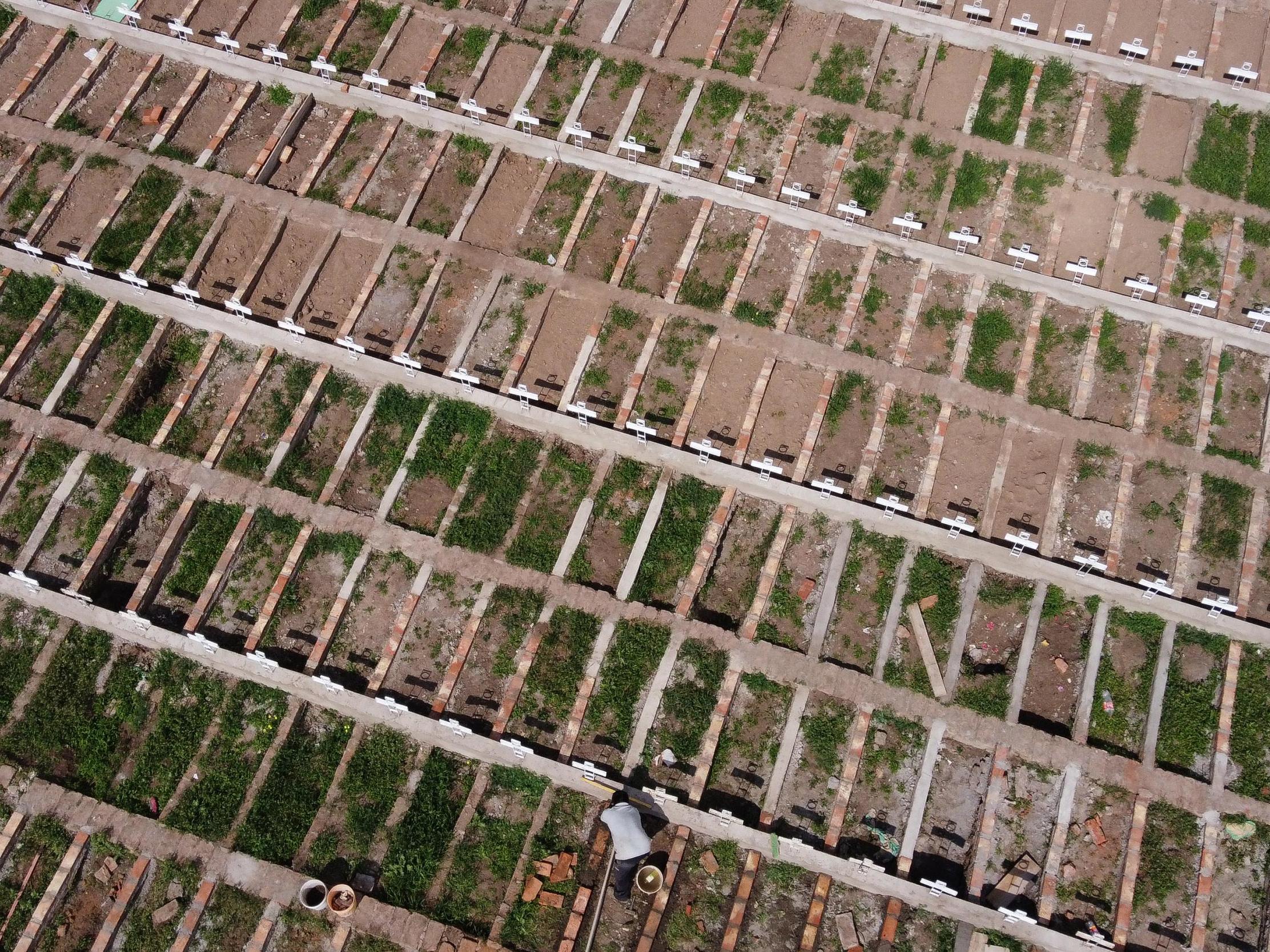 An influential model for predicting the future impact of the coronavirus has suggested global Covid-19 related deaths could triple by the end of the year to 1.9 million – with Europe, Central Asia and the US most at risk.

The model from the Institute for Health Metrics and Evaluation (IHME) at the University of Washington’s School of Medicine proved influential in guiding America’s coronavirus task force earlier this year.

Now its predictions – which some have criticised for looking too far into the future – have suggested the total death toll for the virus could stand at 2.8 million by 1 January 2021 unless governments reconsider easing measures designed to mitigate the spread of Sars-Cov-2, the virus which causes Covid-19.

“These first ever worldwide projections by country offer a daunting forecast as well as a roadmap towards relief from Covid-19 that government leaders as well as individuals can follow,” said IHME director Dr Christopher Murray.

“We are facing the prospect of a deadly December, especially in Europe, central Asia, and the United States. But the science is clear and the evidence irrefutable: mask-wearing, social-distancing, and limits to social gatherings are vital to helping prevent transmission of the virus.”

The institute’s projection of 1.9 million additional deaths was based on its “most likely” scenario – which assumes individual mask wearing and other mitigation measures remain unchanged.

Of those, 38,000 were predicted to come from the UK, while India, the US and Brazil would see the most total death.

However, researchers also modelled for a worst and best case scenario which resulted in a difference of 2 million additional deaths worldwide.

In the “best case” modelling predicted what would happen if mask wearing was almost universal and if governments imposed greater social distancing measures if their daily death rate rose above eight fatalities per million people.

In that instance global fatalities would reach 2 million globally. In a “worst case” scenario, where mask usage stays at current rates and governments continue relaxing social distancing requirements it was suggested deaths could reach 4 million.

Dr Murray said there was still time to act to mitigate the spread of the virus – while warning that there was “tremendous amount of Covid fatigue” among the world’s government leaders because of economic downturns.

He added that respiratory illnesses tend to peak in winter months, a seasonal effect expected to hold true for Covid-19, Murray said Friday.

Jeffrey Shaman, an infectious-disease expert from Columbia University, told the Washington Post: “Beyond that, it’s all conjecture and guesswork because there are so many factors we just can’t predict and factors about transmission that truthfully scientists don’t understand very well yet,”

No hype, just the advice and analysis you need

About The Independent commenting

Independent Premium Comments can be posted by members of our membership scheme, Independent Premium. It allows our most engaged readers to debate the big issues, share their own experiences, discuss real-world solutions, and more. Our journalists will try to respond by joining the threads when they can to create a true meeting of independent Premium. The most insightful comments on all subjects will be published daily in dedicated articles. You can also choose to be emailed when someone replies to your comment.

The existing Open Comments threads will continue to exist for those who do not subscribe to Independent Premium. Due to the sheer scale of this comment community, we are not able to give each post the same level of attention, but we have preserved this area in the interests of open debate. Please continue to respect all commenters and create constructive debates.