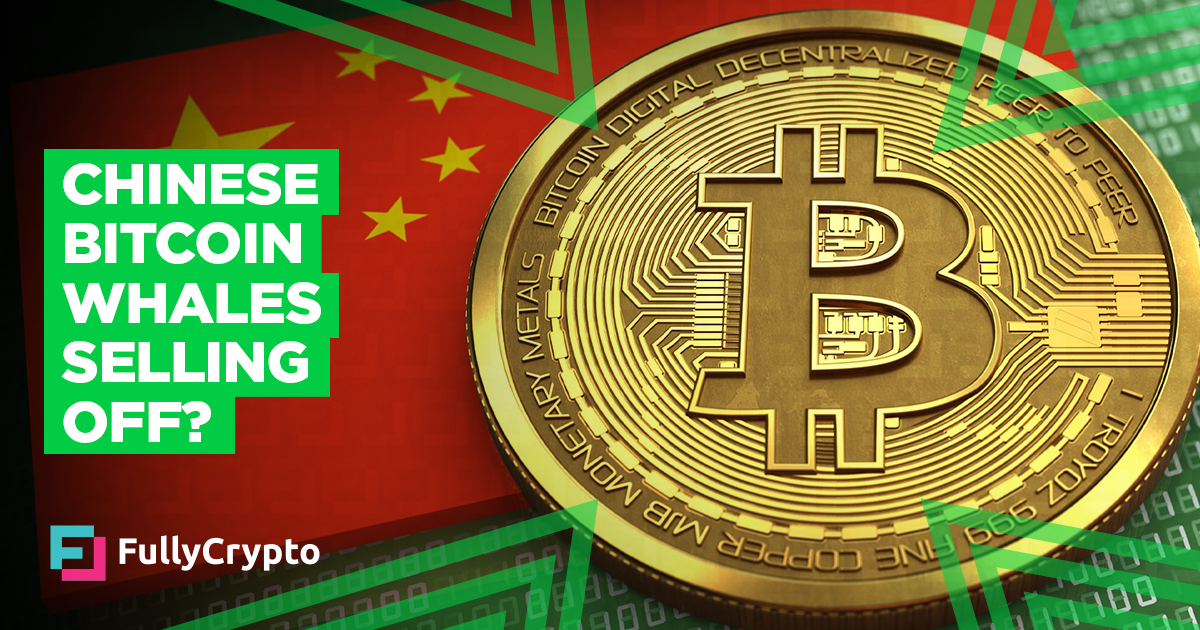 In case you’ve been living in an Afghan cave for the past two weeks, you’ll know that the Bitcoin price, and by extension the entire cryptocurrency market, is in the middle of a seemingly never-ending downturn. There have been plenty of reasons suggested for the drop, some viable and some not, but many have been surprised by the continued weakness in the market, which has coincided with the latest round of negative news from China. While initially dismissed as FUD, it seems that the latest enforcement of a cryptocurrency ban is having more of an impact than the crypto space realized. Could it be that Chinese whales are cashing out while they have the opportunity?

China FUD Having an Impact

When news of a China crypto ban made its way round the crypto space late last week, many in the crypto space, including yours truly, let out a derisive laugh and joked about how this was just more 2017-style FUD trying to kick the market when it was down. However, the actions of Chinese crypto firms and the continuing weakness in the Bitcoin market has caused many to reframe the latest China ban news as something potentially more serious.

News of the Chinese government taking action against cryptocurrencies first emerged on May 17 when financial institutions were reminded that handling cryptocurrency was illegal. The market drop that followed was exacerbated a few days later when the government announced that further action to tackle Bitcoin mining and crypto trading would be taken. And it seems this latest development is what is helping keep the markets down.

On Sunday, Coindesk reported that crypto exchange Huobi planned to suspend some of its services and products in certain countries in order to align with the new rules, while it had also stopped its miner hosting services in mainland China. Meanwhile, OKEx will temporarily delist its token, OKB, for Chinese users on its peer-to-peer platform today, although no official word has been given as the reason why.

Both Huobi and OKEx left China following 2017’s crypto ban by the Chinese government, but both are still hugely popular in China, and the parent companies of both organizations still operate out of the country.

Chinese Whales Could Be Selling Up

With all these developments, it would be no surprise for Chinese Bitcoin whales to be cashing out their holdings as quickly as possible, fearing that in a few months’ time they won’t be able to – or at least it will be much harder to. This could explain why every single minor Bitcoin rally in the past few days has been heavily sold into, with Bitcoin struggling to get past $35,000.

If whales in China are the reason behind Bitcoin’s drop then we may have to wait a few more weeks for their famously deep pockets to be emptied.