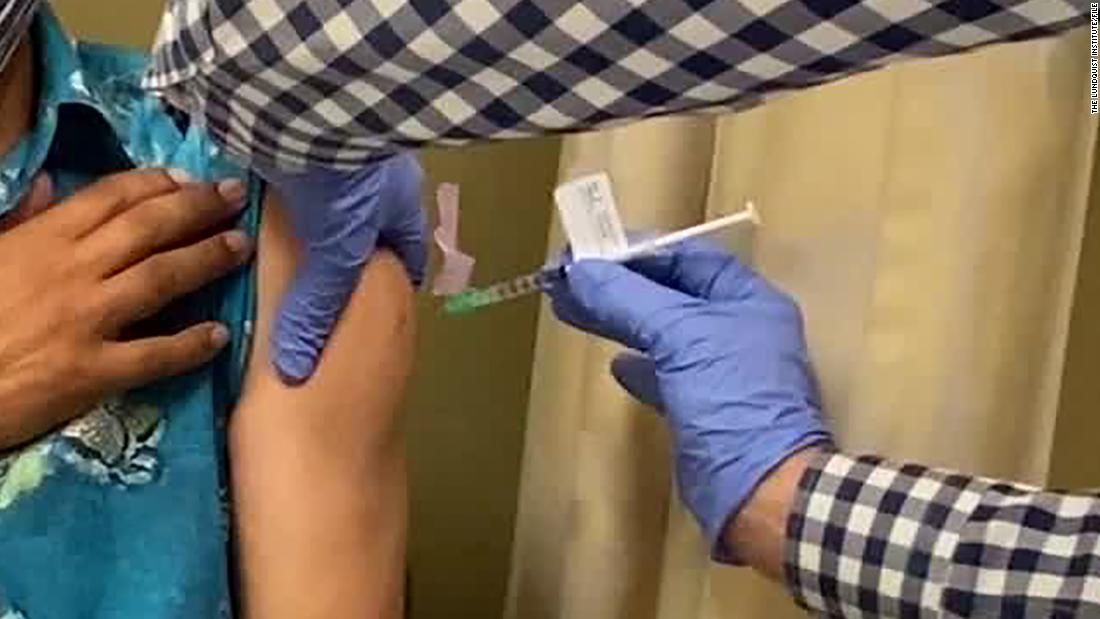 (CNN)Drug giant AstraZeneca said Tuesday it had paused global trials of its coronavirus vaccine because of an unexplained illness in one of the volunteers.

“As part of the ongoing randomized, controlled global trials of the Oxford coronavirus vaccine, our standard review process triggered a pause to vaccination to allow review of safety data,” the company said in a statement sent to CNN.
National Institutes of Health director Dr. Francis Collins told a Senate hearing Wednesday that it’s a standard precaution in vaccine trials meant to ensure experimental vaccines don’t cause serious reactions among participants.
“To have a clinical hold, as has been placed on AstraZeneca, as of yesterday, because of a single serious adverse event, is not at all unprecedented,” Collins said at a hearing of the Senate Heath, Education, Labor and Pensions committee.
The company is testing its vaccine, called the Oxford vaccine because it was developed with Britain’s University of Oxford, in the United States as well as the UK, Latin America, Asia, Europe and Africa.
“This is a routine action which has to happen whenever there is a potentially unexplained illness in one of the trials, while it is investigated, ensuring we maintain the integrity of the trials,” the statement added.
“In large trials, illnesses will happen by chance but must be independently reviewed to check this carefully. We are working to expedite the review of the single event to minimize any potential impact on the trial timeline. We are committed to the safety of our participants and the highest standards of conduct in our trials.”
Earlier Tuesday, AstraZeneca joined eight other companies in signing a pledge promising they would not seek premature government approval for any coronavirus vaccine. They promised they would wait until they had adequate data showing any potential vaccine worked safely.
“We, the undersigned biopharmaceutical companies, want to make clear our on-going commitment to developing and testing potential vaccines for COVID-19 in accordance with high ethical standards and sound scientific principles,” the statement read. It was signed by the CEOs of AstraZeneca, BioNTech GlaxoSmithKline, Johnson & Johnson, Merck, Moderna, Novavax, Pfizer and Sanofi.
“We believe this pledge will help ensure public confidence in the rigorous scientific and regulatory process by which COVID-19 vaccines are evaluated and may ultimately be approved,” they added.
The AstraZeneca vaccine is one of three coronavirus vaccines in late-stage, Phase 3 trials in the US. A Data and Safety Monitoring Board (DSMB) usually monitors trials for adverse events and can order a pause or halt a trial, but AstraZeneca did not say who had stopped the trial.
Common adverse events in vaccine trials include fever, headache, soreness at the injection site and muscle pain.
Regulators and companies alike have been working to ensure people trust in the vaccine authorization process. The US Food and Drug Administration must give either emergency use authorization or full approval to any vaccine before it can be distributed in the US.
“This ought to be reassuring to everybody listening,” Collins said at the hearing.
President Trump has said repeatedly he thinks at least one of the vaccines could be ready before Election Day on November 3. Most groups working on the vaccine say that is extremely unlikely but Biontech CEO and co-founder Ugur Sahin told CNN earlier Tuesday he believes the vaccine his company is developing with Pfizer could be ready for regulatory approval by mid-October.
Dr. Tony Fauci, director of the National Institute of Allergy and Infectious Diseases, has said it’s technically possible that if a DSMB saw strong evidence a vaccine was working before a trial was completed, it could recommend a halt to the trial so more people could get the vaccine. But Fauci said this was unlikely to happen before December.
However, discussions about early authorizations and reports about White House pressure to speed along a vaccine have worried the public, as well as former FDA officials. Former FDA commissioner Dr. Robert Califf told CNN last week he was concerned even before Covid-19 that Trump would pressure the FDA to make decisions he wanted.
“One of the things that’s had me on pins and needles the last four years is literally Trump could do this with any drug or device or vaccine anytime he wants to,” said Califf, who was commissioner from January 2016 through January 2018.
Fauci and FDA Commissioner Dr. Stephen Hahn have said they would not cave into political interference.

Amanda Watts and Jacqueline Howard contributed to this story