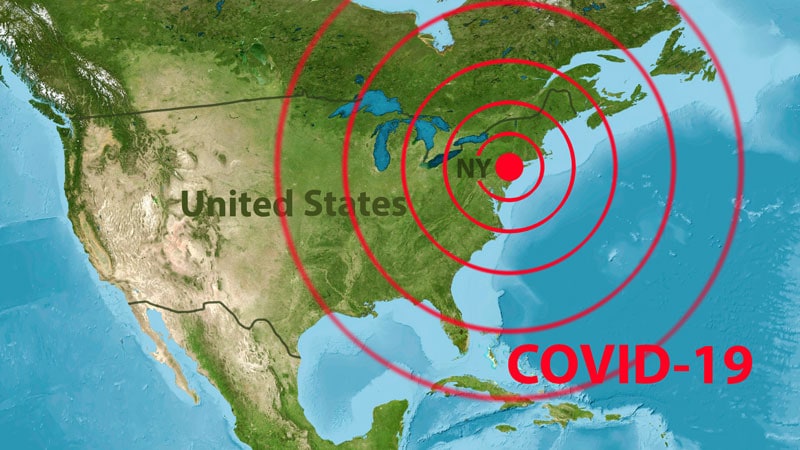 A highly contagious coronavirus variant first discovered in the United Kingdom last month has been detected the fourth U.S. state, as New York officials said a case was confirmed in Saratoga Springs.

New York now joins Florida, California and Colorado as the only states to verify a case from the new, more contagious variant.

Meanwhile, more than 30 nations around the world have reported variant infections, a spread that has prompted more limits on international travel, The Washington Post reported.

The variant’s effects are being felt across the United Kingdom, where Scottish leaders announced a new stay-at-home order that lasts at least until the end of the month. British Prime Minister Boris Johnson also announced a new lockdown in England that would last into February. While Johnson said the coming weeks would be the “hardest yet” of the pandemic, he expressed hope that with the new vaccines, this will mark “the last phase of the struggle,” the BBC reported.

Meanwhile, Vietnam reported Saturday that the variant had been found in a woman who returned from Britain. Vietnam was letting Vietnamese citizens stranded in the U.K. fly home, though the nation had banned other international travel.

Business Insider said cases of the variant have been found in most European nations as well as Japan, Canada, Lebanon, Singapore, India, Chile, China, Brazil, and South Korea.

In the U.S., cases have been found in three states: California, Colorado, and Florida.

Public Health England says the coronavirus variant has existed in the U.K. since September and circulated at very low levels until mid-November. It was first detected in southeast England.

So far, the new variant appears to be about 70% more transmissible than the old variant, but no more deadly, British health authorities say. But a faster-spreading virus will inevitably lead to more deaths.

The variant is named VUI-202012/01, for the first “variant under investigation” in December 2020, according to the BMJ journal. Also referred to as B117, it is defined by a set of 17 mutations, with the most significant mutation in the spike protein the virus uses to bind to the human ACE2 receptor.

The Washington Post: “U.K. variant continues to spread around the world as coronavirus pandemic enters 2021.”

Business Insider: “At least 33 countries have reported cases of the new, possibly more infectious coronavirus variant from the UK.”

BMJ: “Covid-19: What have we learnt about the new variant in the UK?”