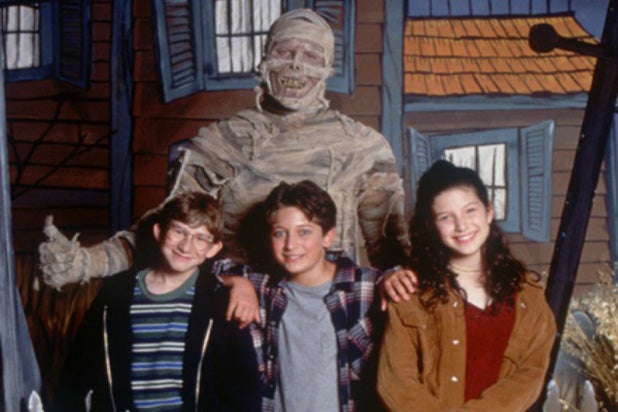 Disney Channel is set to remake it’s first original movie “Under Wraps” with a new cast, the network announced Friday.

The new project is described as a “contemporary comedic remake” of the original 1997 Halloween movie featuring new cast members Christian J. Simon, Malachi Barton, Sophia Hammons and Phil Wright. It is slate for a 2021 premiere on Disney Channel.

The movie follows three friends, Gilbert (Simon), Marshall (Barton) and Amy (Hammons), who happen upon and awaken a mummy, which they affectionately name Harold (Wright), and must rush to return him to his resting place before midnight on Halloween. Along the way, the team narrowly escapes a nefarious group of criminals intent on selling the mummy to the highest bidder. When Harold is inevitably captured, Marshall, Gilbert and Amy must band together to stand up to the criminals, face their fears and rescue their new–but rather “ancient”–friend.

“Under Wraps” was the first installment in the Disney Channel Original Movie franchise, which has also spawned fan-favorites including “Zenon: Girl of the 21st Century,” “Halloweentown” and “High School Musical.”

“‘Under Wraps’ introduced a generation of kids and families to what has become the backbone of our programming across the globe: Disney Channel Original Movies,” said Lauren Kisilevsky, vice president of original movies for Disney Channel. “We are excited to welcome our audience back into the Halloween spirit and celebrate the unlikely friendship between three kids and a mummy as they embark on an adventure and ultimately save the day.”

Alex Zamm (R.L. Stine’s “The Haunting Hour: Don’t Think About It,” “Beverly Hills Chihuahua 2”) will direct the film with Todd Y. Murata (“Sightless,” “Best. Worst. Weekend. Ever.”) and Fernando Szew (“Back of the Net,” “16 Wishes”) as executive producers for MarVista Entertainment. Zamm and William Robertson (“Inspector Gadget 2,” “Woody Woodpecker”) are writing the reboot based on Dan Rhymer’s original script.