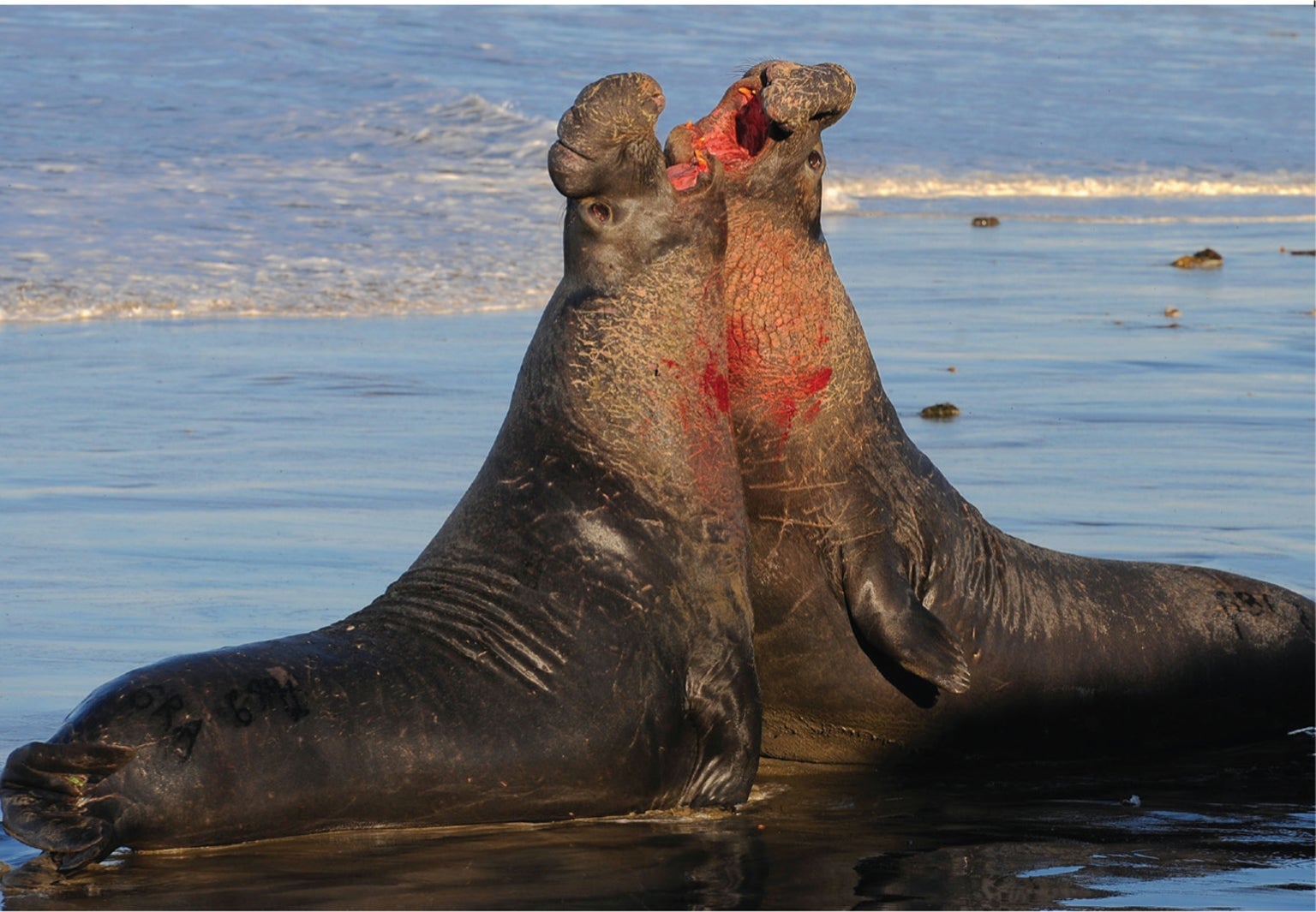 the seals are not born with these identifying signals. Rather they develop their unique brands of vocal bravado as they age, according to a recent paper published in Animal Behaviour.

The researchers recorded more than 440 calls from 47 male elephant seals at various stages of development in California’s Año Nuevo State Park. In this colony of 2,000 animals, a dominant male may vie with 50 top competitors—each of whom possesses his own call. These vocalizations develop around the same time as the seals carve out jealously guarded territories of about 20 square meters.

Less established younger males, in contrast, are “acoustically inconspicuous” and produce short, unstructured calls. They seem to avoid standing out, which may help them gain time to mature, says lead author Caroline Casey, a graduate student in ecology and evolutionary biology at the University of California, Santa Cruz. At around the age of eight or nine, the seals finally settle on a personal song.

“It’s really when they have a shot at reproducing and becoming socially competitive that these signature calls start to emerge,” Casey says.

The resulting recognition comes in handy, as male seals appear to listen for—and avoid—individuals who have previously bested them in fights. Instead they target their competitive energies toward bulls with whom they know they are more evenly matched.

Casey suspects that the ruthless nature of male elephant seal society is what prompts the development of individualistic vocalizations. To explore that difficult-to-prove connection, she says, she would like to also analyze seal calls from less tightly packed communities, which could be less competitive.

Luke Rendell, a biologist in the Sea Mammal Research Unit at the University of St Andrews in Scotland, who was not involved in the study, agrees that this motivation is a possibility. Rival seals’ ability to acoustically differentiate themselves from one another may even be something they learn from their elders around the point of reaching sexual maturity, he suggests.

“My hunch is that there is some learning involved,” Rendell says. He praises the study for including enough data from seals in different age groups to clearly show the transition from indistinct to distinct calls: “I thought it was a really significant contribution.”

This article was originally published with the title “Brawn Song” in Scientific American 323, 5, 21 (November 2020)

Chris Baraniuk is a freelance science and technology journalist based in the U.K. Besides Scientific American, his work has been published by New Scientist, the BBC, Wired and Quartz.