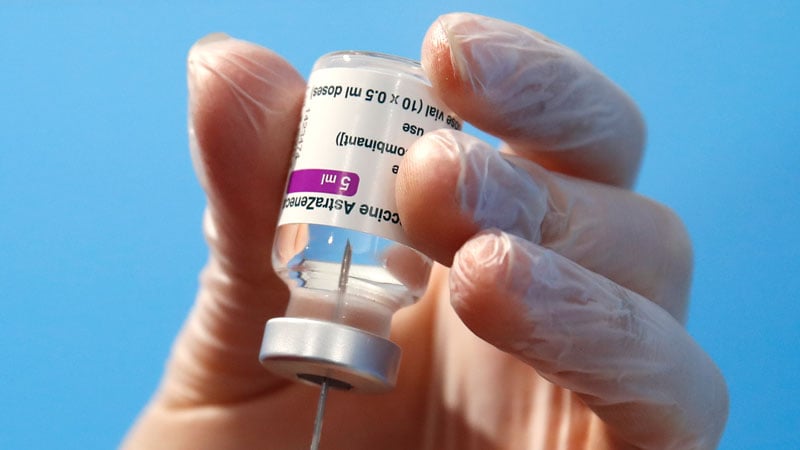 Updated March 15, 2020 // Editor’s note: This story has been updated with statements from AstraZeneca and the European Medicines Agency.

As of March 10, 30 cases of thromboembolic events had been reported among nearly 5 million people vaccinated with the AstraZeneca vaccine in the European Economic Area, which includes European Union (EU) countries as well as Iceland, Liechtenstein, and Norway.

The Danish Health Authority paused its vaccination campaign with the AstraZeneca vaccine last week as a precautionary measure while they investigate reports of blood clots in people who received the vaccine, including one individual who died, the EMA noted in a statement March 12.

Now, as of today, several other European countries have temporarily stopped using the AstraZeneca vaccine based on similar reports, including Italy, Germany, France, the Netherlands and Ireland.

The EMA issued an update today saying that suspending these vaccination campaigns are “a precaution taken in the light of their national situation while EMA investigates a number of events of blood clots in people who have received the vaccine.”

Events involving blood clots, some with “unusual features” such as low numbers of platelets, have occurred in a “very small number” of people who received the vaccine, the new statement notes, and the number of events overall in vaccinated people “seems not to be higher than that seen in the general population.”

The agency is working with AstraZeneca, experts in blood disorders, and other health authorities, including the UK’s Medicines and Healthcare products Regulatory Agency (MHRA), where around 11 million doses have already been administered.

“EMA’s investigation has been continuing over the weekend, and rigorous analysis of all the data related to thromboembolic events will be carried out in the coming days,” the agency notes. “Experts are looking in great detail at all the available data and clinical circumstances surrounding specific cases to determine whether the vaccine might have contributed or if the event is likely to have been due to other causes.”

PRAC will further review the information on Tuesday, and will hold an “extraordinary” meeting Thursday to “conclude on the information gathered and any further actions that may need to be taken.”

In the meantime, the EMA statement adds, the ongoing pandemic is a global crisis that continues to have devastating health, social, and economic impact and constitutes a “major burden on EU health systems.”

“While its investigation is ongoing, EMA currently remains of the view that the benefits of the AstraZeneca vaccine in preventing COVID-19, with its associated risk of hospitalization and death, outweigh the risks of side effects.”

On March 14, AstraZeneca issued a statement “to offer its reassurance on the safety of its COVID-19 vaccine based on clear scientific evidence.”

As of March 8, review by the company of all available safety data from more than 17 million people vaccinated in the EU and the UK has shown “no evidence of an increased risk of pulmonary embolism, deep vein thrombosis (DVT) or thrombocytopenia, in any defined age group, gender, batch or in any particular country,” the AstraZeneca statement notes.

As of that date, there have been 15 DVT events and 22 pulmonary embolisms reported across the EU and UK, the company said. “This is much lower than would be expected to occur naturally in a general population of this size and is similar across other licensed COVID-19 vaccines. The monthly safety report will be made public on the European Medicines Agency website in the following week, in line with exceptional transparency measures for COVID-19.”

In clinical trials, the statement adds, “even though the number of thrombotic events was small, these were lower in the vaccinated group. There has also been no evidence of increased bleeding in over 60,000 participants enrolled.”

No Specific Issue With Austria Batch

EMA also said in a separate statement last week that a preliminary view by PRAC suggests “no specific issue” with a batch of AstraZeneca’s COVID-19 vaccine used in Austria that led the country to stop using it.

The Austrian national competent authority suspended the use of AstraZeneca COVID-19 batch number ABV5300 after a person was diagnosed with multiple blood clots and died 10 days after vaccination, and another was hospitalized with pulmonary embolism after being vaccinated but is now recovering.

As of March 9, EMA had received two other reports of thromboembolic events associated with this batch.

“Although a quality defect is considered unlikely at this stage, the batch quality is being investigated,” EMA said. They emphasize, however, that there currently is no indication that receiving a vaccine from this particular batch caused these conditions, which are not listed as side effects with this vaccine.

EMA said that PRAC’s “accelerated” review of thromboembolic events associated with AstraZeneca’s COVID-19 vaccine is being carried out in the context of a safety signal, which is information on a “new or incompletely documented adverse event that is potentially caused by a medicine and that warrants further investigation.”