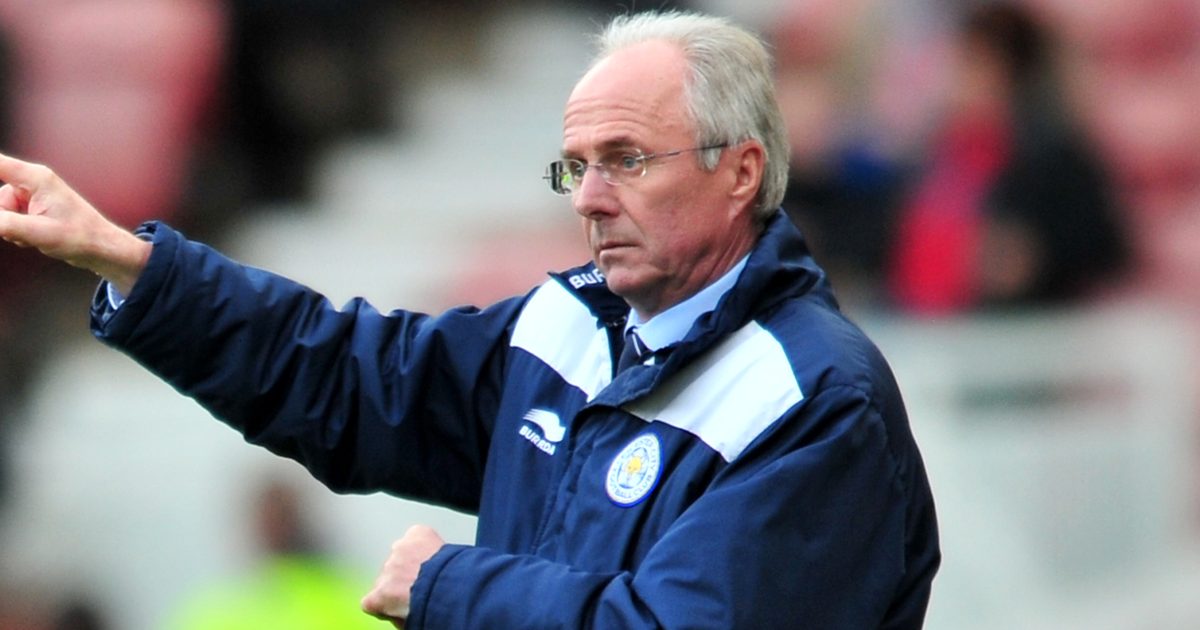 Sven-Goran Eriksson has also suggested that Manchester City should not have sacked him when they did in 2008.

After a varied career in management that saw him take charge of England as well as the likes of Roma and Benfica, Eriksson took over at Leicester City in 2010.

The Swede stepped in for Paulo Sousa, who had just twelve games as manager between July and October 2010.

The Foxes were in the relegation zone in the Championship when he took over. But he oversaw a successful end to the season to help them finish tenth.

Leicester were busy on the transfer front that summer as they brought in the likes of Kasper Schmeichel, David Nugent and Paul Konchesky.

Eriksson ended up leaving 13 games into the 2011/12 season with them placed 13th in the Championship.

The former England boss also managed Man City for a year between 2007 and 2008. He told talkSPORT, as cited by LeicestershireLIVE, that he did not buy well for Leicester:

“Well, I was sacked from both of them!

“I think it was right that I was sacked from Leicester, because with the small budget we had to buy players, we bought wrongly. It was right.

“To be sacked from Manchester City at that time? No, that was not right. But that doesn’t matter today. I’m not thinking about it. That’s how I see it.”

Ahead of Leicester’s game against Man City on Saturday, Brendan Rodgers revealed that James Maddison has resumed full training:

“It’s great news for us. Clearly he’s not 100 per cent match fit but in terms of his football fitness he looks great.

“In the last few weeks he’s been working with the players we’ve had available and he’s stepped that up.

“He’s not reporting any pain and he looks great. Hopefully he can stay fit until the end of the season.

“The most important thing is his availability. Then we look at what strategy we use. Ayoze (Perez) has been outstanding in the last few games in a role that suits his strength and running and also the mindset.

“But whatever strategy we bring into the game, I know the players I choose will give their all.”