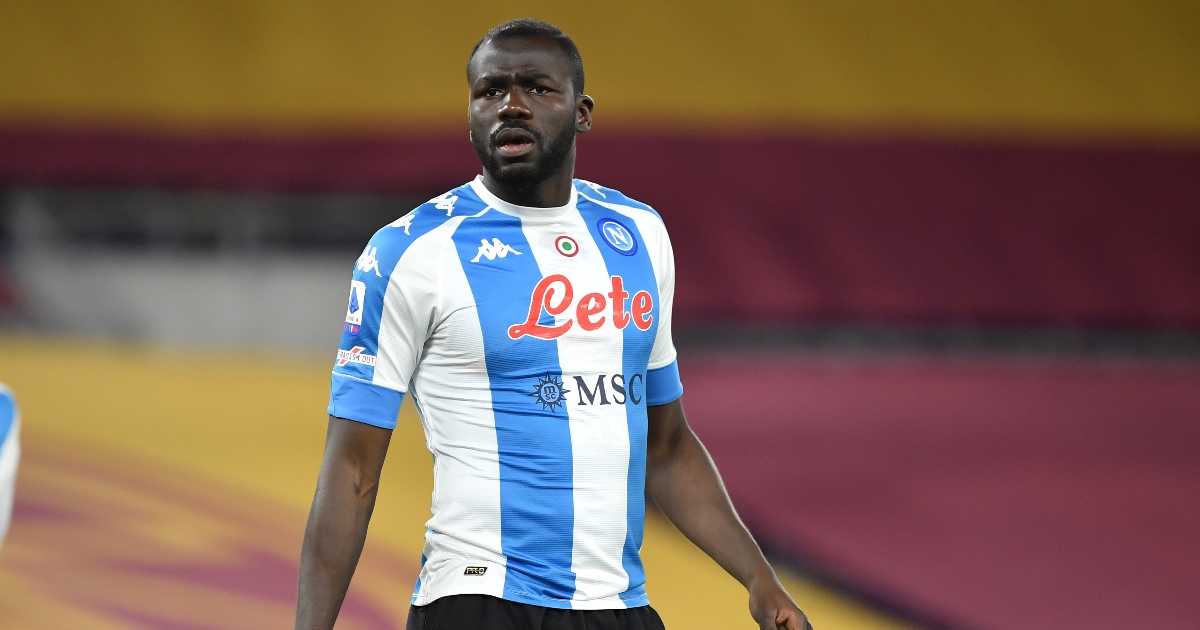 Everton have emerged as a new contender for Napoli centre-back Kalidou Koulibaly, according to reports.

The 29-year-old has been heavily linked with both Liverpool and Manchester United in recent months.

While the Red Devils see him as the perfect man to solve their defensive problems in recent seasons.

According to talkSPORT, the two Premier League sides will face plenty of competition from Everton for his signature.

They’ve joined the race to sign Koulibaly and want him to make them a formidable team next term.

The report states that Everton boss Carlo Ancelotti will be backed this summer to improve his team.

That means he could go on a massive spending spree to make the Toffees regular top four contenders.

His transfer priority is Koulibaly, whom he managed for 18 months during his time with Napoli.

Ancelotti is a huge admirer of the defender and believes he can take them to the next level.

Koulibaly has previously been given an £89million price tag by the Italian side.

They’re reluctant to sell one of their prized assets, who has captained them on multiple occasions this season.

However, the report states that the financial impact of the COVID-19 pandemic will see them reduce that fee.

That opens the door for a major bid from Everton to bring Koulibaly to England.

John Barnes has previously referred to the player as ‘the only person Liverpool should sign’ to improve their team.

He said: “If Koulibaly comes, he’s a player that could play alongside Van Dijk when he returns. It would be easy to talk Koulibaly into joining Liverpool because if he comes would go straight into the first team and play every match.

“Aside from Koulibaly, I don’t think there’s anyone out there that Liverpool would look to get.”

But the Reds have never been able to successfully negotiate with Napoli, allowing other teams to join the race.

Manager Jurgen Klopp was said to be ‘annoyed and frustrated’ when his side failed to sign Koulibaly in January.

As the German boss wasn’t backed to make a huge move, he had to bring in Ozan Kabak to solve their defensive woes.