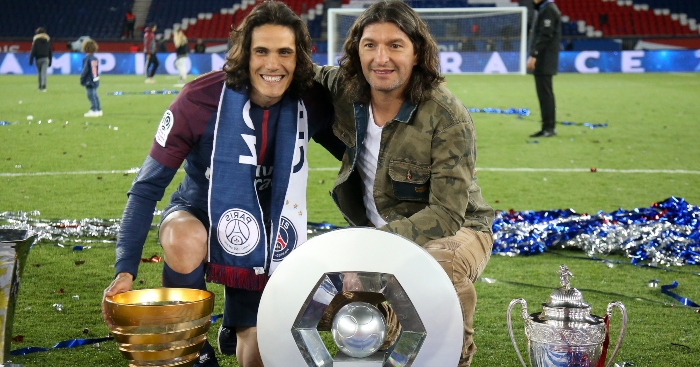 Will Edinson Cavani score goals for Manchester United? In the bigger picture, it almost doesn’t matter. Whether he nets three or 30 next season, the fact the Red Devils are doing this deal at all highlights yet again their shambolic approach to recruitment.

The Uruguay striker is widely reported to be heading to England this weekend to join the Red Devils on what some sources suggest is a two-year deal. Among other things, United need a centre-forward and it seems they have got one, albeit a 33-year-old who no other club felt was worth the outlay required.

Likewise, Cavani’s agent wanted his big pay day and while we don’t know yet exactly what commission Walter Guglielmone – also the player’s brother – will earn this weekend, he certainly found the biggest patsy in European football at yet another vulnerable moment.

United have once again been a shambles during a window which Ole Gunnar Solskjaer suggested in April that the club could ‘exploit’. Instead, the Red Devils have bluffed their way through another supposedly pivotal summer while failing to offer even the illusion of intent to restore the club back to the top table of European football.

With four or five top-class signings required –  ideally a left-back, a centre-back, a centre-forward and a right-sided attacker – what they have got so far is a midfielder whom they had a free run at and a veteran striker who would rather be elsewhere.

Guglielmone laid it all out earlier in the year when no club could get Cavani out of PSG as his contract ran down. The striker wanted to “fulfill his dream” of joining Atletico Madrid but the Spanish club could never make the figures add up.

“If it were for money,”  the agent said, “Edi would have gone to England, Manchester or Chelsea.”

Even as a free agent, Cavani is too expensive for Atletico, and Benfica too. Apparently, Guglielmone was demanding from the Portuguese side a three-year deal worth £8.8million a year – around £170,000 a week – as well as the same in commission for himself.

Atletico’s president Cerezo to Movistar Futbol about Cavani:”I think it’s a shame about the situation of some players with their relatives & their representatives. It’s outrageous. We’re not here to be robbed or do anything strange.” There’s talk that an €18m agent fee was asked

Less than a year after supposedly baulking at paying Mino Raiola what he wanted to take Erling Haaland to Old Trafford, Woodward has seemingly pulled his own pants down for Guglielmone.

After losing Haaland to Dortmund, United panicked by signing Odion Ighalo on loan and they appear to be making the same mistake again. We know Woodward is sensitive to criticism – you would think he would be used to it by now – and to avoid the flak for doing nothing, he would rather throw money at Cavani and his brother just to be seen to be doing something.

Woodward cannot sell Cavani to United fans as anything but another stop gap. He may well point to the last veteran striker whom he signed as a free agent after leaving PSG, Zlatan Ibrahimovic, but Ibra scored 38 Ligue 1 goals in his final season in France. Cavani netted four. Zlatan was a coup – he was clearly Jose Mourinho’s man and the Swede was signed early to stave off the threat of rival clubs. For Cavani, just like Donny van de Beek, United have no competition.

They have no competition either for Jadon Sancho and the Borussia Dortmund winger will be the poster boy for United’s window, regardless of whether they finally stump up the money they could have paid two months ago.

“I know that we at Manchester United are one of the biggest, and the biggest, financially well-off,” said Solskjaer when he suggested United could exploit the current climate. “I’m sure we are capable, when we get back to normality, that we can do the business that we want to.”

What United managers want and what Woodward can do are two different things. The image United attempt to portray – remember the transfer bunkers and 804 right-backs –  is the polar opposite to the reality of their recruitment structure, with a head of corporate development as a part-time transfer negotiator. Solskjaer is desperate for a young English talent who although expensive, could play in United’s forward line for perhaps a decade. In Cavani, he’s getting a veteran no one else really wants who himself would rather be somewhere else.

We are but two or three days away from Woodward briefing that United are stepping up the search for a sporting director to buy enough time for he and his cronies to make the same mistakes again in the New Year.