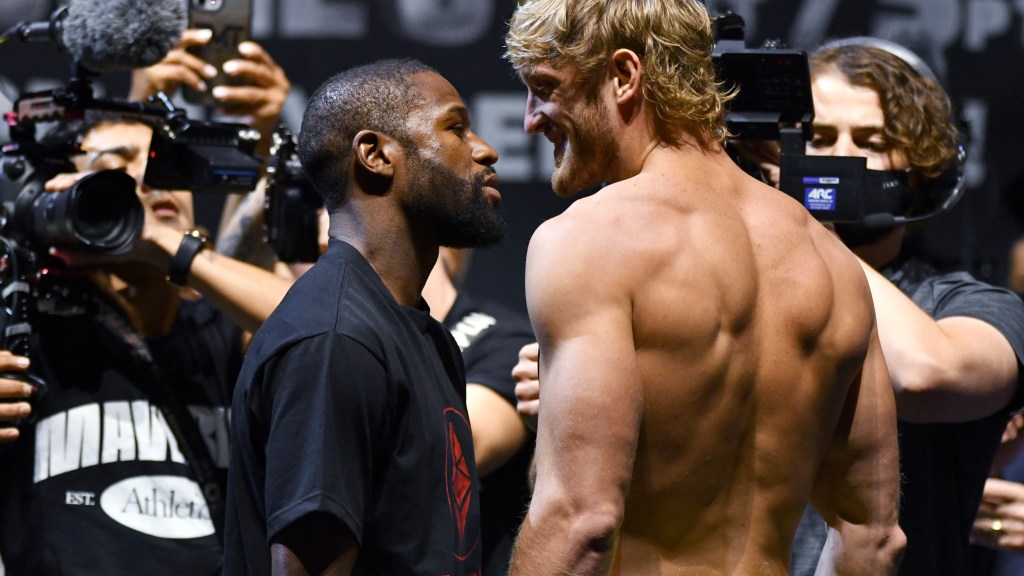 Mayweather and Paul face off in an eight-round exhibition bout in the main event of their pay-per-view card on Sunday night. The pay-per-view is set to start at 8 p.m. ET. Mayweather, undefeated multiple-time boxing world champion and arguably one of the best boxers of modern era, takes on Paul for the YouTube star’s first boxing bout since a 2019 loss to Olajide Williams Olatunji.

Mayweather will be giving up reach, height and weight for his clash against Paul. The 44-year-old former boxing world champion weighed in on Saturday at 155 pounds, while Logan registered 189.5 pounds on the scale.

Keep it locked here for fight results as they happen, as well as live behind-the-scenes updates from Hard Rock Stadium.

MMA coach Eric Albarracin, who trains the “Pitbull” brothers, Henry Cejudo, Paulo Costa and more, wants to see an upset go down in the main event and hopes Paul gets his hand raised tonight.

In a light heavyweight contest, former two division champion Badou Jack put away dropped late-replacement Dervin Colina. Jack dropped Colina three times in the fourth round to get the stoppage in at the 2:57 mark.