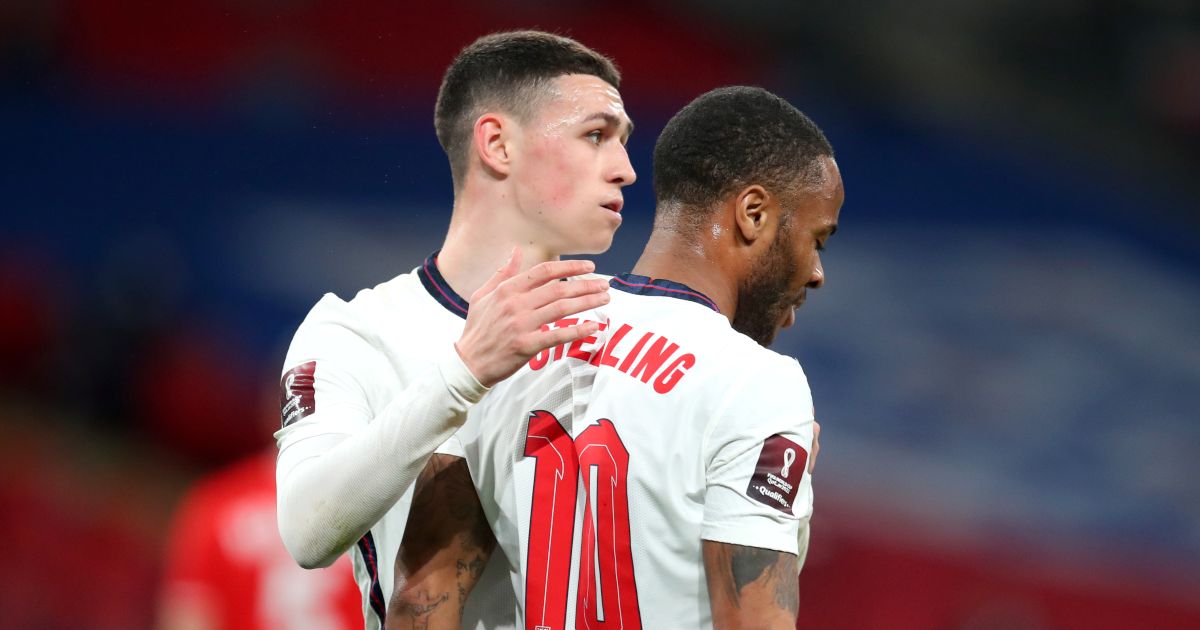 Manchester City starlet Phil Foden has discussed the similarities in City’s attacking options to that of the English national team.

Foden believes that the amount of options available to Gareth Southgate is giving him a similar headache to that of City boss Pep Guardiola.

The 21-year-old is vying for a starting spot for England at the Euros and believes that his experience at club level holds him in good stead.

There have been plenty of calls for Foden to be the main man for the Three Lions this summer, with Peter Shilton urging the attacking midfielder to emulate Paul Gascoigne at the Euros.

However, Foden remains focused on giving himself the best chance of playing regularly for Southgate: “It’s similar to be honest, I feel sorry for Gareth trying to pick an 11,” said Foden, when asked to compare the City and England attacks.

“Whoever he leaves out, there will be top quality players on the bench. Whatever he does, the lads will be behind him and believe in him.

“The quality is very high, we’ve got a lot of young players but they can play at the highest level and we’ve seen that this year. We’ve got the experience like Harry Kane and Jordan Henderson around which is important. We’ve got a great balance and we look really strong and why not? We could win it.

“I don’t feel pressure, I feel excited. It’s my first time at a major tournament with England. I’m excited to see what happens and what the future holds.

“When someone’s doing well the media jump all over it. We have a lot of young players, all very level-headed. It’s not going to get to me or any young players. We’re going to keep focussed and try and bring it home.”

Despite similar selection headaches, Foden says that Guardiola and Southgate are very different managers: “I think they’re really different, they have their own ways of playing.

“Gareth’s great, talks to everyone, lets you know how he feels about you and where you can improve. I’ve had a couple of conversations, he’s always putting his arm around players.

“We’ve looked at previous times together as a team, we’re feeling dead confident. Me, Mason [Mount], Reece [James], Raz [Sterling] have made the Champions League final, all been playing a high standard. I believe as a group we can win it.

We’ve entered the £1million FanTeam Euro 2020 Fantasy tournament. Head to fanteam.co/Football365 to compete against us.