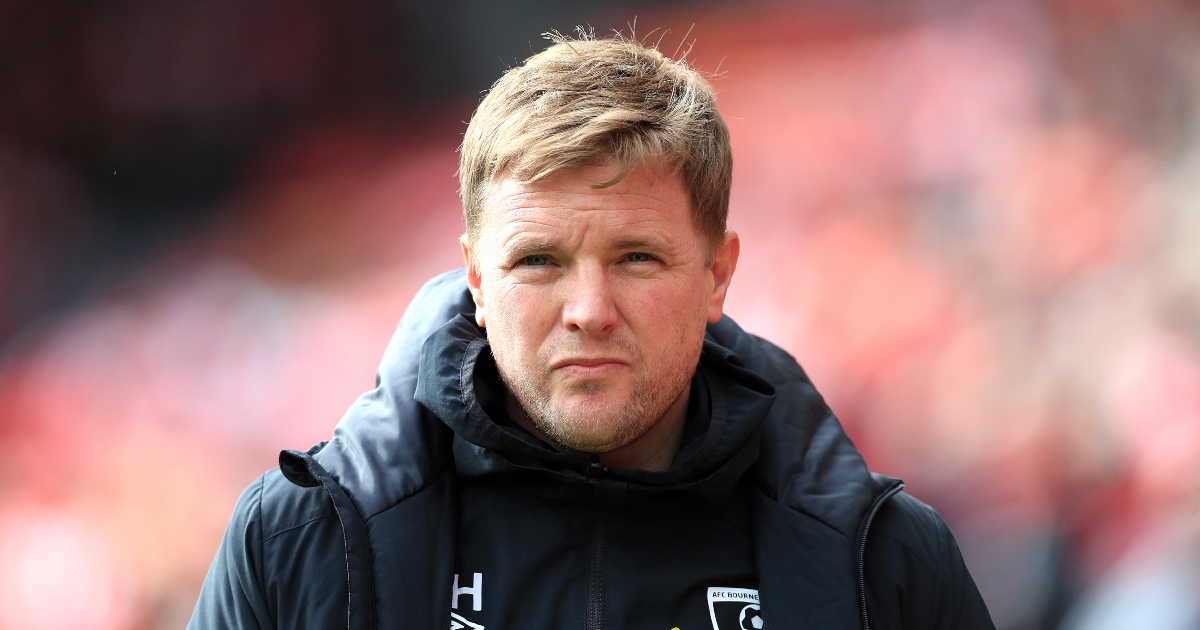 Former Bournemouth boss Eddie Howe has formally begun talks with Celtic about taking over as manager.

The Englishman, 43, was heavily linked with the Sheffield United job following the departure of Chris Wilder.

But it looks like Howe has rejected that move and could instead take over at Celtic Park.

FEATURE: Five international break stars heading back to the bench

The PA news agency report that Howe has started official negotiations with the Hoops.

The Scottish giants have been searching for a new manager ever since the resignation of Neil Lennon in February.

Lennon left Celtic as they were 18 points adrift of Steven Gerrard’s Rangers in the title race.

Their rivals went on to reach 89 points and go unbeaten in 33 games.

Celtic were left trailing by 20 points on the final day, despite having won nine league titles in a row previously.

In Lennon’s absence, assistant John Kennedy stepped up to become interim boss. He is currently preparing Celtic for their Scottish Cup third-round tie against Falkirk at home.

The Parkhead club will undergo some massive changes at the end of the campaign.

Ever-present skipper Scott Brown, who has made over 600 appearances for Celtic, will leave for a player-coach role at Aberdeen.

Chief executive Peter Lawwell will also leave in June and is to be replaced by Dominic McKay of the Scottish Rugby Union.

Howe hasn’t managed since leaving Bournemouth by mutual consent in August of last year. After a successful spell at the Vitality Stadium, he was unable to keep the Cherries in the top flight.

The manager wrote himself into the club’s folklore between 2012 and 2020 with a string of impressive promotions.

He guided the Cherries to the Premier League in 2015, finishing as Championship winners in the process.

Howe’s success didn’t end there. His best finish with Bournemouth in the Prem was ninth, a brilliant achievement for a club with relatively low spending power.

If Howe does succeed from Lennon at Celtic Park, his main aim will be to regain the Scottish title.

The Hoops were champions nine times in a row but the return of rivals Rangers proved to be the downfall of his predecessor.