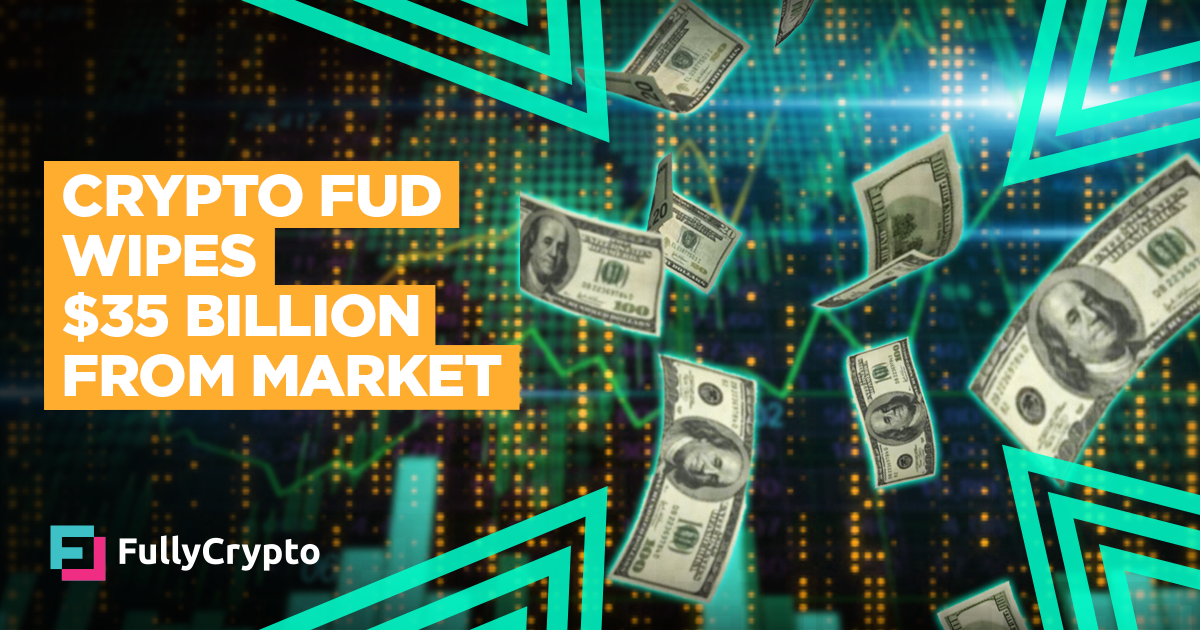 The cryptocurrency space was well and truly hit by the FUD cannon yesterday, as two pieces of negative news both came together within 24 hours to temporarily knock some $35 billion off the value of the crypto market. Tesla and Binance both featured in the double blow that saw Bitcoin drop to $46,000 in an episode that was eerily reminiscent of 2017 when China’s negativity towards Bitcoin and concerns over regulatory crackdowns often found themselves being published together.

The most highly publicized news was the decision from Tesla to stop accepting bitcoin for vehicles on environmental grounds (while still holding onto their reserves of it), which was exacerbated by Elon Musk continually tweeting about bitcoin and dogecoin throughout the day.

Musk’s complete disregard for the environmental impact of dogecoin, sending rockets into space, and how the electricity to charge his electric cars is produced shows that there is clearly another agenda at large, and unfortunately Bitcoin bore the brunt.

This was compounded by headlines suggesting that Binance is being investigated by authorities in the U.S., despite having no legal presence there. Citing no sources and featuring no comments from the concerned authorities, Bloomberg reported that the exchange is “under investigation by the Justice Department and Internal Revenue Service”, an intentionally negative headline that belied that facts that Binance has not been accused of any wrongdoing and the authorities are merely seeking more information on how the crypto exchange operates.

The double whammy was enough to see the crypto market capitulate by as much as $35 billion as Bitcoin slipped to $46,000 and was a throwback to the days of 2017 when such headlines often came in threes, dumping the Bitcoin price before it rose again just days later.

Bitcoin has so far stayed stable after the barrage, and holders will be hoping for a quiet weekend on the news front so the price can recover. However, with the New York Attorney General yet to comment on Tether’s disastrous attempt at a transparency report yesterday, the adage that bad news comes in threes could be about to be fulfilled and more downside could yet be on the cards for the crypto markets.