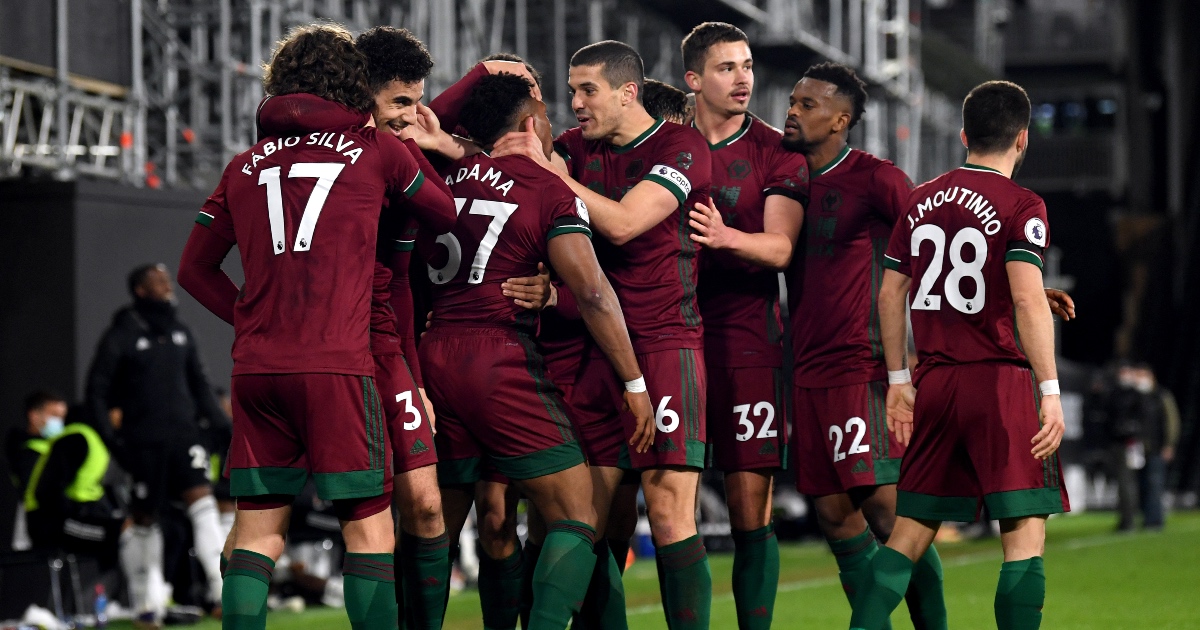 Adama Traore brought Wolves’ winless run to an end with a dramatic last-gasp winner against struggling Fulham at Craven Cottage.

In added time at the end of the game, Traore ran down the right before firing home to secure his side’s first victory since mid-February.

Wolves striker Willian Jose had earlier been denied his first goal since joining on loan when his well-weighted header in first-half stoppage time was ruled out for an offside by Daniel Podence following a VAR review.

FEATURE: The ten PL defenders least dribbled past this season…

On their third opportunity to move out of the bottom three for the first time since December, Fulham again fell short.

The Cottagers slumped to their fourth successive defeat, with their last points coming in their shock victory over champions Liverpool at Anfield on March 7.

Scott Parker’s men have struggled at home this season, with only two of their five victories coming at Craven Cottage, where they have now found the net only three times in their last 11 games.

Both sides observed a two-minute silence before kick-off in tribute to Prince Philip, the Duke of Edinburgh, following his death at the age of 99.

The game then began with plenty of intensity from both sides, each backed by loud benches, although Fulham and Wolves struggled to create any significant chances in the opening exchanges.

On his return to the Fulham side, Antonee Robinson cleverly picked out Ruben Loftus-Cheek in the 28th minute, but the on-loan Chelsea midfielder’s glancing header went just wide of Rui Patricio’s goal.

Fulham looked to be edging closer to taking the lead, with Traore’s dragged-wide effort in the 36th minute the closest the visitors had come up to that point.

Aleksandar Mitrovic had to wait for his first opportunity of the game, but when it came in the 43rd minute, the Serbian headed wide from a Robinson cross.

Wolves looked to have taken the lead in added time at the end of the first half when Jose headed past goalkeeper Alphonse Areola.

However, VAR official David Coote reviewed the decision and eventually ruled the goal out for a marginal offside by Podence’s armpit in the build-up.

The second half started in a similarly cagey fashion to the first, and both sides had to wait for opportunities.

Wolves had a promising free-kick in the 68th minute just outside the Fulham area, but Romain Saiss drilled the ball over the bar from 20 yards out.

Fulham kept pressing to try and find the opener, with Robinson trying his luck from distance with less than 10 minutes to go and forcing Patricio into a diving stop.

But, just as the game looked to be heading for a draw, Traore sealed a much-welcomed victory for the visitors.