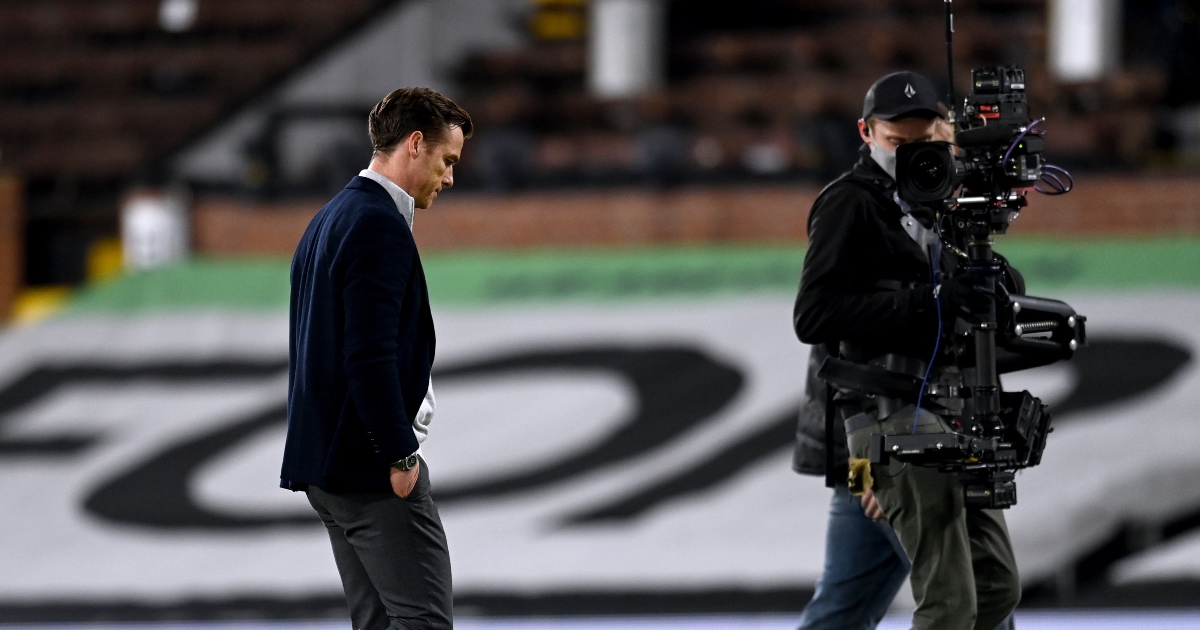 Scott Parker has described Fulham’s 1-0 defeat to Wolves at Craven Cottage as ‘painful’.

The Cottagers were dealt a major blow in their fight for Premier League survival as Adama Traore scored an injury-time winner.

Friday’s defeat marks the third time that Fulham have had the chance to escape the relegation zone without doing so.

Parker’s men could have taken the lead in the first half as Antonee Robinson crossed in for Ruben Loftus-Cheek.

The Chelsea loanee headed towards goal but ultimately sent it wide.

Willian Jose then saw his first Wolves goal ruled out for a marginal offside against Daniel Podence.

Fulham created chances in the second half but failed to convert.

In the 92nd minute, Fabio Silva sent through Traore. The pacy winger rifled a shot past Alphonse Areola at his near post to win the game for Wolves.

Reacting to the defeat, Parker told BBC Sport: “I’ve been involved in the game for many years and that is a painful one tonight. When the game ends like it does, it’s not a good feeling.

“We have had punches that should have knocked us out this season but they haven’t done that. We have gone and beaten some big teams and Arsenal is going to be a must-win, other games will be must-win but we will keep our resolve.

“You may think I am mad but I honestly believe in this team. What is ingrained in me is a desire, an effort and fight and my team showed that tonight. It’s been fine margins all season, what’s key is you get back up fighting.

“There’s only one way we come back from this and that’s come back fighting with your hands up, jabbing away. Never let anything sink us. I’m as low as the players tonight but I can guarantee you on Monday we’ll be back in and I’ll give everything.”

Parker was visibly devastated on the touchline as his team lost for the fourth league game in a row.

A win would have taken them above Newcastle before the Magpies play Burnley later this weekend.

But instead, Steve Bruce’s side can go six points ahead of their relegation rivals.

Fulham play Arsenal in their next match on Sunday April 18.