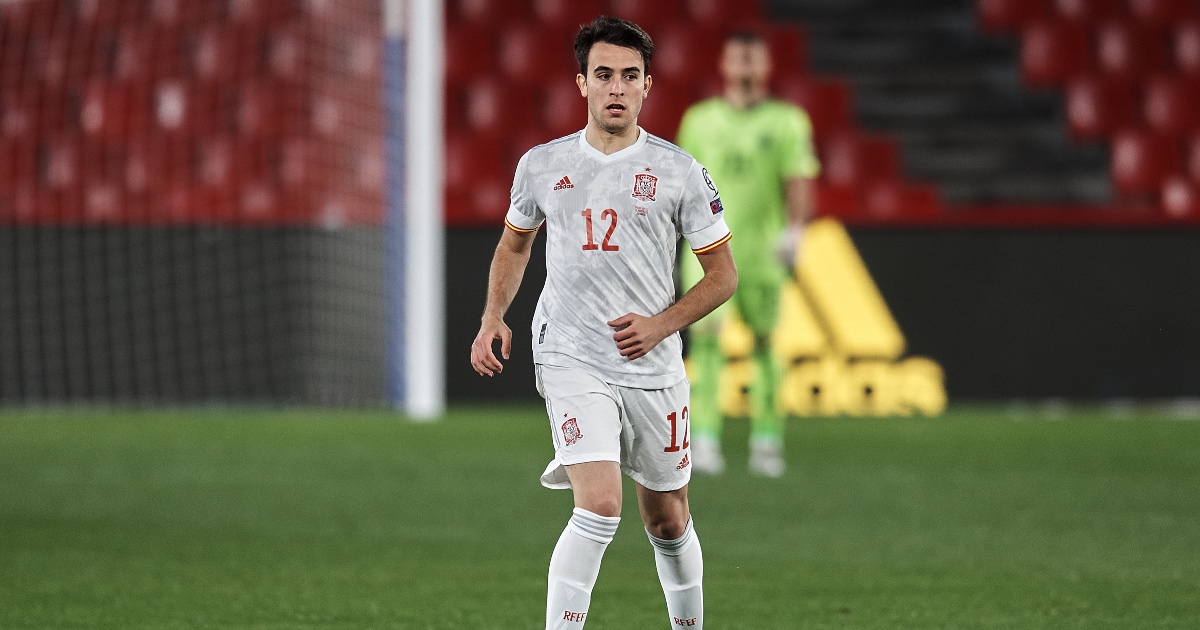 Eric Garcia has confirmed his decision to re-join Barcelona from Manchester City, calling it a ‘brave’ choice.

At the time, it was seen as a major loss for the Catalan giants as Garcia had captained most of the youth teams he had played in.

Chelsea, The Bertrand Solution and a dream destroyed at F365

But Garcia’s City dream hasn’t quite worked out. He’s been limited to just six Premier League appearances this season and 19 over the last two years.

The 20-year-old’s chances of becoming a first-team regular were worsened by the arrival of Ruben Dias.

He’s become integral to City’s success, helping them to win the Premier League title and reach the Champions League final.

Speaking about his decision to go back to Barcelona, Garcia said: “I have thought a lot about my future; about what I think is for the best.

“I think it’s a brave decision [to go back to Barca]. I am convinced I have made the right one.”

When asked about their similarities, Garcia also managed to fit in a quick dig at United: “I don’t fear [the comparison] but I don’t give it too much importance because I think we’re different players.

“Gerard has won everything and is one of the best centre-backs in the world. I am 20 and just starting.

“The only possible comparison is that we’re both from the [Barca] academy and moved to Manchester, but he went to the team that’s not as good… I have been lucky to play for the best team in Manchester. It’s a shame for him!”

Barca president Joan Laporta said on Friday that the club will announce new signings ‘next week’, with Garcia expected to be among them.

He looks set to join on a free transfer after running down his contract at the Etihad.

It remains to be seen whether the Catalan giants can get deals over the line for Gini Wijnaldum and Sergio Aguero.

Wijnaldum is close to joining after reportedly agreeing personal terms. Aguero seems to be delaying his move until Lionel Messi‘s future at the Camp Nou is certain.