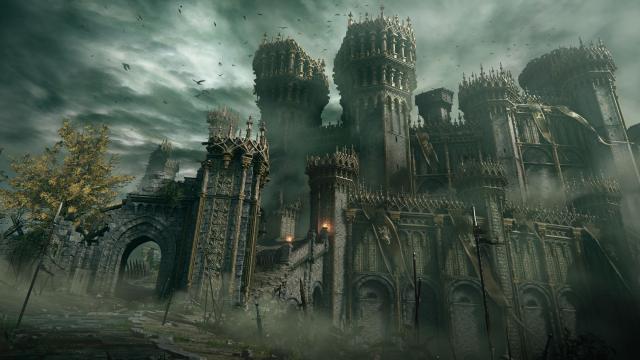 Publisher Bandai Namco and developer FromSoftware during Summer Game Fest Kickoff Live! earlier this month released a gameplay trailer for Elden Ring, as well as announcing the game will launch for the Xbox Series X|S, PlayStation 5, PlayStation 4, Xbox One, and PC on January 21, 2022.
George R.R. Martin, the Game of Thrones author, did some of the writing for Elden Ring, as well as helping build the world.
Martin visited Northwestern University’s Medill School of Journalism recently where he spot with local news station WWTW about his career and Elden Ring. He did say his work on the game finished years ago.

“The game is called the Elden Ring and it’s a sequel to a video game that came out a few years ago called Dark Souls,” Martin said during the interview which was transcribed by Eurogamer. “My work on it was actually done years ago. These games, they’re like movies, they take a long time to develop.
“Basically they wanted a world created to set the game in, they wanted worldbuilding.”
Martin added that he “worked up a fairly detailed background.” After that From Software “took it from there.”
“They would come in periodically and show me some monsters they designed or the latest special effects… but the game has been very slowly developing and now it’s coming out in January, I believe,” Martin said. “I’ll be as excited as anybody else to see it.”

A life-long and avid gamer, William D’Angelo was first introduced to VGChartz in 2007. After years of supporting the site, he was brought on in 2010 as a junior analyst, working his way up to lead analyst in 2012. He has expanded his involvement in the gaming community by producing content on his own YouTube channel and Twitch channel dedicated to gaming Let’s Plays and tutorials. You can contact the author at wdangelo@vgchartz.com or on Twitter @TrunksWD.Full Article – https://www.vgchartz.com/article/449418/george-rr-martin-on-elden-ring-my-work-on-it-was-actually-done-years-ago/
Read More