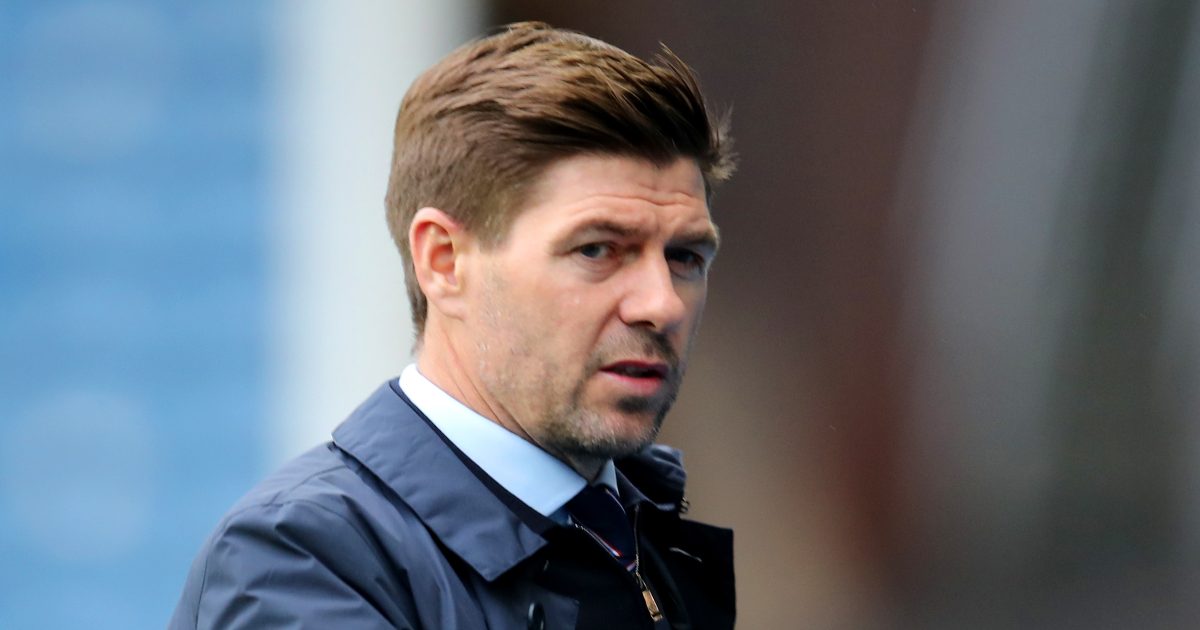 Rangers boss Steven Gerrard has suggested that social media companies are ignoring abuse amid the ongoing discrimination of footballers on social media.

Players and staff at the Ibrox club – including Gerrard – have started a week-long social media boycott, following on from Championship clubs Swansea and Birmingham announcing club-wide blackouts.

Rangers midfielder Glen Kamara said earlier this week he had been subjected to daily racist abuse on social media since he alleged Slavia Prague defender Ondrej Kudela had abused him during a Europa League match on March 18.

Gerrard believes the problem will not go away without government intervention.

“We want people to talk about it and it gets into the right people’s thinking above football, ie the governments in Scotland and England, so something big can come of it,” he said.

“We know we are not going to be the club or the individual that make that difference but I think, if people stick together, collectively people can keep it on the agenda for as long as possible, and hopefully change will happen sooner rather than later.

“It’s been spoken about for long enough now and it doesn’t seem like Instagram, Twitter or the social media outlets are taking any notice and they are not listening.

“So I think the only way they will take notice is if it goes above them. Probably the only people to do that are the governments.”

Gerrard said his club were meeting with representatives from the social media giants next week.

Liverpool manager Jurgen Klopp says players cutting themselves off from social media abuse is a “step in the right direction”.

Reds players Trent Alexander-Arnold, Naby Keita and Sadio Mane were sent racist comments and emojis on Instagram in the wake of their Champions League quarter-final first leg defeat to Real Madrid earlier this week, which the club described as “abhorrent” and “utterly unacceptable”.

Klopp believes if the abusers are given no forum to bully people, it will be a positive step.

“People can hide behind whatever account and say what they want to say – that’s a problem. I think that has to get sorted on this planet as quickly as possible,” the German said.

“They (abusers) need a forum for that, they need a situation that you take these kinds of things seriously in, that’s how bullying (works).

“If you cut that side off that’s already a lot done and it cannot harm you. That would be my advice to the players.

“I know there are some good things (about social media) but a lot of things are just not important. For you as a person if you can cut them off then it’s already a big step in the right direction.”

Newcastle manager Steve Bruce says he would ban all social media if he could.

“If you’re a little bit fragile, then it can damage people,” he said. “Ban the whole lot as far as I’m concerned. No social media, for me, would be the way forward and I’m right behind (the clubs who are boycotting it).

“But I do think in all seriousness that the platforms should be policed and a bit like your telephone, you’re accountable for what you do and what messages you send out there. Some of it – and I’ve seen it – is vile, I have to tell you, so I applaud those clubs.”

Tottenham boss Jose Mourinho says his club have rallied around defender Davinson Sanchez after he suffered online abuse after last weekend’s draw at Newcastle, and believes only the platforms themselves can end this problem.

“I think the ones that can make an impact on this and resolve the problem is the media giants, I think everything is in their hands to end this sad situation,” the Portuguese said.

“Social media can be funny, can bring everyone together, can bring people from different continents to look like they are living in the same street. I have some fun, I try to be positive and that is the way it should be.

“It is for the social media giants to make a decision and to make their fight. If they want to win that fight, they win it for all of us.”