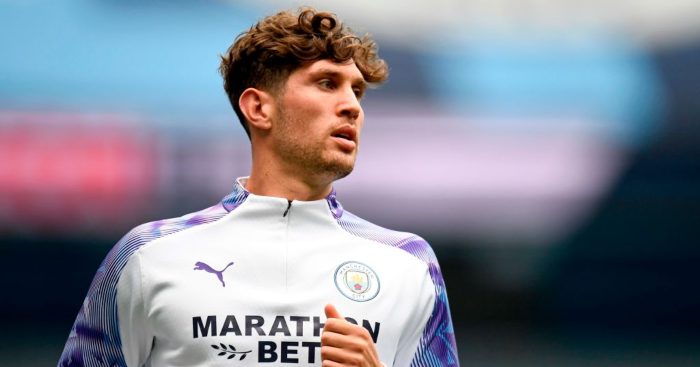 That was fun, wasn’t it? Though maybe not if you’re Eric Garcia. Or Ronald Koeman…

Garcia was wanted by Barcelona all summer but their financial situation meant that Koeman had to be patient while the Catalans waited for City to blink first. Weirdly, though, City never did.

According to Sky Sports, they rejected Barca’s offer of £15.4million plus add-ons for a player who will walk out of the Etihad as a free agent in less than nine months.

So Barca finished deadline day without either of their primary targets. They also wanted Memphis Depay but Manchester United’s refusal to buy Ousmane Dembele leaves the winger at Lyon.

ESPN says Barca will continue their negotiations with Garcia over terms for a deal next summer.

Pep Guardiola hasn’t fancied the £50million centre-back for at least 18 months and City were willing to allow him to join Tottenham on loan.

But Stones passed on the opportunity. According to the Daily Star, the ex-England international was unwilling to uproot his family from the north-west so he remains on City’s books to battle it out with Garcia to be Pep’s fourth-choice central defender.

Tottenham spent deadline day on the hunt for a defender and Jose Mourinho was particularly keen to borrow Antonio Rudiger from Chelsea.

The Germany centre-back has fallen down the pecking order at Stamford Bridge and he appeared certain to leave on loan yesterday, with AC Milan, Roma and PSG also keen.

But Rudiger opted to swerve a move to Spurs, according to The Athletic, to avoid angering the Chelsea supporters.

Once it became clear that Rudiger wasn’t likely to leave, Chelsea accepted a ‘huge’ loan fee from West Ham to take Fikayo Tomori for the season.

But he too remains at Stamford Bridge after Sky Sports reported that the 22-year-old pulled out of the move at 10:50pm. So Chelsea are left with five centre-backs, while West Ham scramble around to add to their ranks.

MOYES TO IRON OUT MOVE FOR WATFORD DEFENDER

The Hammers still have 10 days to go shopping in the Championship, while the window remains open in Holland until later today and Portugal until October 25.

So David Moyes has reportedly turned his attention to Craig Dawson.

The centre-back was left out of Watford’s squad last weekend and the Hornets would be willing to sanction a move for the defender who still has three years remaining on his contract.