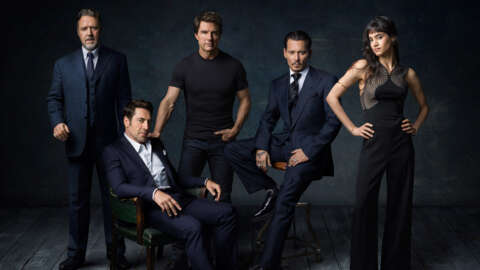 On May 22, 2017, amidst the hundreds or thousands of Twitter accounts that are created, one rose above all others. Simply called “#DarkUniverse,” the account sent out two tweets, signifying the start of another shared movie universe that would end up consisting of one movie, Tom Cruise’s The Mummy.

At 10:03 AM PT / 1:03 PM ET, a tweet was unleashed onto the masses that simply said, “Welcome to a new world of gods and monsters.” It featured a video consisting of clips from classic Universal Pictures movies like Dracula, Frankenstein, The Mummy, The Invisible Man, Bride of Frankenstein, The Wolf Man, The Phantom of the Opera, and Creature from the Black Lagoon. It also linked to the now defunct Darkuniverse.com, which currently brings you to the Universal Pictures site.

However, what got most people talking was the second–and final–tweet from the Dark Universe account, which begged onlookers to witness the beginning of a new cinematic universe with its stars that would surely build a long-lasting franchise.

The actors in the photo were ready to take their place in the spotlight already. Russell Crowe, Tom Cruise, and Sofia Boutella were a month away from making their debut in The Mummy, with the trio playing Dr. Jekyll, Nick Morton, and Ahmanet respectively. Javier Bardem was cast to play Frankenstein’s Monster in Bride of Frankenstein. Johnny Depp was going to play The Invisible Man. It’s always fun to note that Cruise decided to go as casual as possible for this composite photo shoot.

Sadly, when The Mummy hit theaters, it only made $80 million domestically ($409 million worldwide) on a reported budget of $125 million according to Box Office Mojo. Although those worldwide numbers may look good, it wasn’t enough to give Universal a reason to move forward. And realistically, an $80 million take for a summer blockbuster movie with a huge cast like The Mummy had is pretty embarrassing. It also didn’t help that critics were not a fan of the movie.

The future of the Dark Universe was quickly canceled. Luckily, from the ashes of the failed start we all witnessed the beginning to, we got a pretty good horror movie out of it. Universal pivoted and said that the future of the movies would focus on solo stories, rather than interconnected ones. This lead Jason Blum and Blumhouse productions to take over The Invisible Man–without Johnny Depp–and it would be written and directed by Upgrade’s Leigh Whannell. The new take on the film starred Elisabeth Moss (The Handmaid’s Tale) as a woman who escapes an abusive relationship and ends up being terrorized by an invisible man.

Future Universal monster movies are still in the works in some form, but like Invisible Man, nothing is set in stone at this time.

Got a news tip or want to contact us directly? Email news@gamespot.com