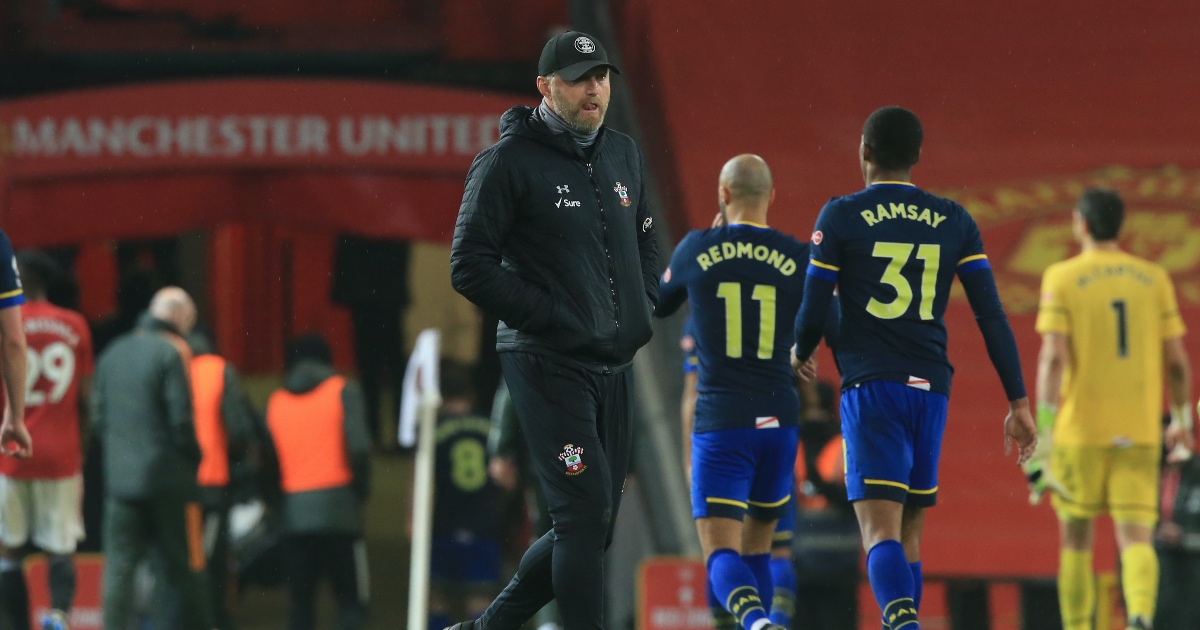 Saints manager Ralph Hasenhuttl says the club is ‘supporting’ Alex Jankewitz after he was subjected to online racist abuse.

The midfielder was sent off within two minutes of the 9-0 defeat to Man Utd on Tuesday.

He then received a barrage of racist abuse on social media, including monkey emojis and racist terms.

Jankewitz is just the latest player to endure such abuse. Man Utd’s Marcus Rashford and Anthony Martial have been subjected to similar terms in recent weeks, alongside Chelsea’s Reece James.

Speaking about Jankewitz, Hasenhuttl told the PA news agency: “The club supports him in every way we can.

“The government does the same, I think. That is our goal to make these things not happen in the future and to protect these players.

“None of us are free from mistakes, not the player, not the referee, not the manager. Nobody. And blaming somebody is a responsibility. I think also for the social media platforms to stop this because it cannot happen.”

On Thursday, Southampton issued a statement saying it had passed on the messages to Hampshire Police.

Hasenhuttl was also asked about Jan Bednarek’s red card being overturned by an independent panel. The Austrian manager said: “I knew that Jan was not guilty for having made a foul because I saw the scene after the game. It was the only possible decision for me. Every other decision I wouldn’t understand to be honest.

“It’s a pity that this decision was not made during the game. Maybe with the result then the drama would not be like it has to be. I don’t understand when the player who is fouled says it was no foul, why the (referee) then decides to give a red card.”

Hasenhuttl has a weakened squad at the moment, but he will still be hoping for a reaction to the United thrashing.

Their next match is against Newcastle on Saturday at 15:00.