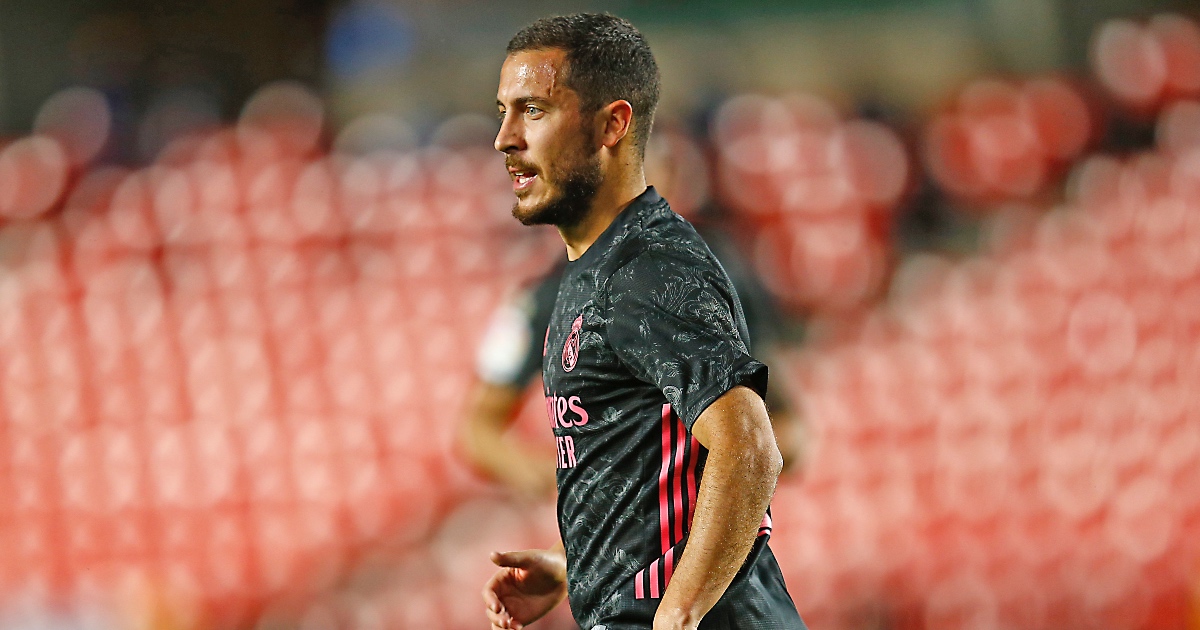 Eden Hazard has rejected rumours of a return to Chelsea this summer, saying it’s ‘out of the question’.

He was signed for a reported £130million but is yet to pay back a majority of that fee.

He’s spent most of his time dealing with injuries, limiting him to just 14 La Liga appearances this term.

Over the past two seasons he’s bagged just five goals in 43 matches.

Hazard‘s struggles have led to whispers of a switch back to the Premier League.

Reacting to those links, the 30-year-old said (via Metro): “I still have a three-year contract with Real Madrid, so going back to England is out of the question.

“Everyone knows that my first two years were not good, so first I want to prove myself at Real Madrid. I will do everything to do that.”

Hazard scored his first league goal of the campaign in a 4-1 victory over Huesca. Goals against Alaves and Sevilla followed, all interrupted by muscle problems and weeks out in between.

He ended the season with a knock which ruled him out of the 2-1 win against Villarreal on the final day.

Speaking about his chances of playing for Belgium at Euro 2020, Hazard continued: “I’m fine, I train well and I can do it for another two weeks. I hope to be ready for the first match in Russia.

“Practice matches will do me good, it’s always good to be here with the group. It will be a great tournament to prepare for. I hope everyone is fit, including me. It will do me good to play some games to start well.

“I still have some pain in my thigh and I see what we are doing with the medical team and the manager.

“I couldn’t play the last game with Real Madrid so I had a week off and now it’s time to see if I have to train alone first or no.”

Belgium take on Greece and Croatia in early June to prepare for the tournament. They will then face Russia, Denmark and Finland in the group stage.