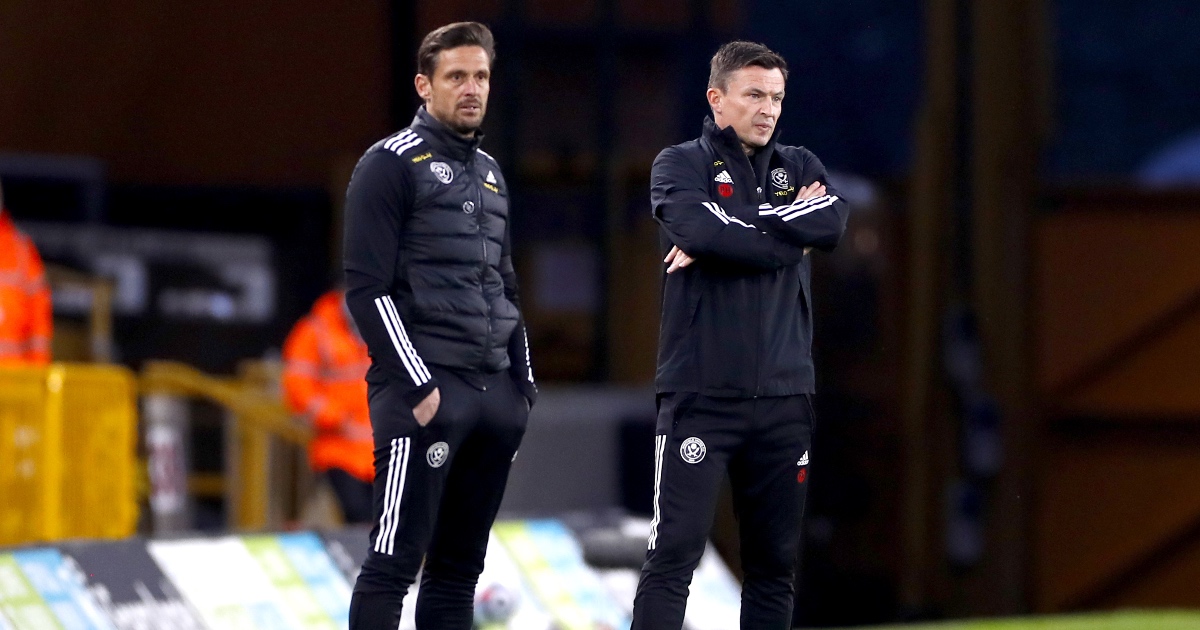 Paul Heckingbottom insists Sheffield United still have plenty to play for despite their relegation from the Premier League having been confirmed with six matches left.

The Blades’ two-year stay in the top flight was officially brought to an end with defeat by Wolves last weekend, although it had appeared inevitable for several months.

Heckingbottom is still looking for his first point after taking temporary charge following Chris Wilder’s departure last month, but is expecting the highest standards from his players for Saturday’s clash with Brighton and beyond.

OPINION: What are John W Henry and FSG smoking over there at Anfield?

He said: “We have to win, and for different motivations, different reasons for each person in there, whether it’s their career at Sheffield United, their career elsewhere, to play in front of the fans hopefully towards the end of the season.

“We’re looking to win games and produce performances. No one wants to go through the 14 months that we have, it’s been tough for everyone but there’s only one way out of it and that’s hard work, and we’re determined to do that.”

Heckingbottom is hoping relegation will allow his side to relax in the right way, saying: “We can talk about it. I said that. There’s no noose round anyone’s neck now in terms of being scared or whatever.

“That can sometimes be construed as it doesn’t matter any more and that’s what I don’t want us to be and I don’t want any talk of that from anyone.

“Nothing to lose in terms of the pressure’s off, we know our fate, but it probably matters more than most now because we have to start bottoming out ready to go again next season.”

With thoughts turning to next season, one of the key questions will be who will sit in the hotseat.

“As far as I’m concerned, I’ll do what I was asked to do and then I’m going back to my role in the under-23s, which I’m more than happy to do because I really enjoyed that.

“As far as I’m aware, I’m holding the fort until the end of the season, if not sooner. I didn’t come here to take the job. If that did change now, next season, season after, three seasons after, no problem. But it’s not in my thoughts now.”