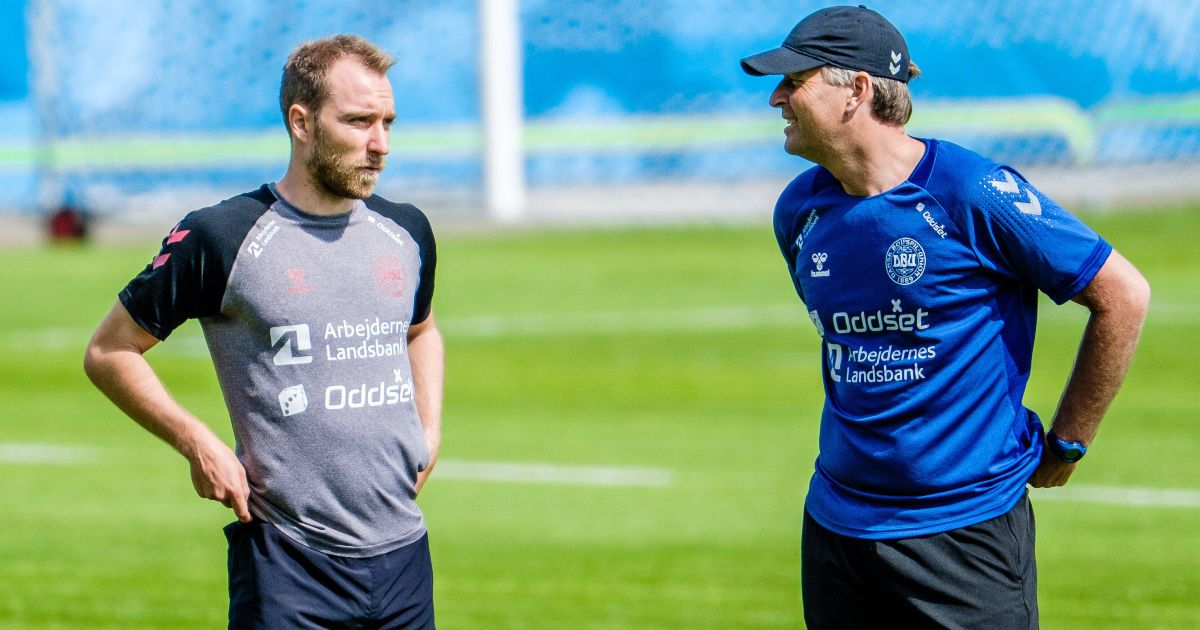 Denmark boss Kasper Hjulmand has criticised the UEFA protocols which allow a match to be postponed for 48 hours due to coronavirus but not when his player Christian Eriksen had a cardiac arrest on the pitch.

Eriksen, who took to Instagram on Tuesday to insist he was “fine, under the circumstances”, collapsed shortly before half-time in Denmark’s Euro 2020 opener against Finland on Saturday and had to be resuscitated before being taken to hospital.

The match was suspended for about 90 minutes before Denmark were then given the choice to continue playing the game or to return the following day to complete it.

After being reassured Eriksen’s condition had improved, the players went back out and ended up losing 1-0.

“Coronavirus allows you to postpone a match for 48 hours. A cardiac arrest obviously does not. That, I think, is wrong,” Hjulmand told a press conference on Tuesday.

“There is learning here. It was not the right decision to continue playing. The boys showed so much strength by going out and playing on.

“But I do not think it was the right thing to give us and the players the choice to go out and finish play on Saturday or Sunday.

“I felt that the players – and us close to them – were put under that pressure and were given that dilemma. It was a hugely difficult situation to be in.

“The only real leadership would have been to put the players on a bus and send them home and then deal with it after.

Eriksen posted an image on Tuesday morning from his hospital bed, giving a thumbs-up.

“Big thanks for your sweet and amazing greetings and messages from all around the world. It means a lot to me and my family,” he wrote on Instagram.

“I’m fine – under the circumstances. I still have to go through some examinations at the hospital, but I feel okay.

“Now, I will cheer on the boys on the Denmark team in the next matches. Play for all of Denmark. Best, Christian.”

Denmark return to the Parken Stadium – the scene of Eriksen’s collapse – on Thursday for their second group match against Belgium.

Hjulmand is confident his players will be able to perform but acknowledged the situation would be far from normal.

“I don’t think they’re afraid to play but the normal reaction to a trauma like this, you should know, it’s not only yourself,” he added.

“It’s also your family, maybe your kids, your wife, your parents. So the box of emotions has been opened. I think we took a big step yesterday and I think we’ll take another one today.

“Of course the time until the kick-off will be emotional, and we have to prepare ourselves for that, for entering the stadium again. Getting back to see our great fans.

“And up to kick-off there’ll be a lot of emotions we have to handle, and then prepare ourselves for when the referee whistles his first whistle.

“We will be ready to go and fight and play well and do everything for Denmark.”

UEFA on Monday defended its handling of the incident, saying in a statement: “UEFA is sure it treated the matter with utmost respect for the sensitive situation and for the players.

“It was decided to restart the match only after the two teams requested to finish the game on the same evening.

“The players’ need for 48 hours’ rest between matches eliminated other options.”