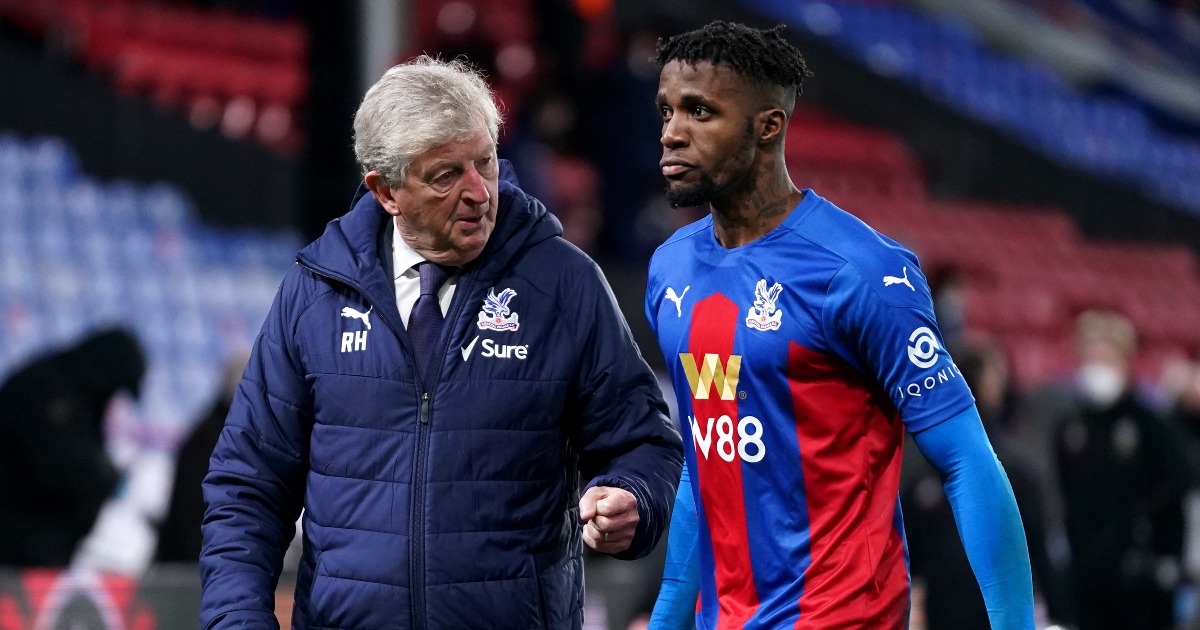 Crystal Palace manager Roy Hodgson says his team has failed to shrug off their reliance on talisman Wilfried Zaha.

The Ivorian forward missed their 3-0 loss to Burnley at Selhurst Park due to a hamstring injury.

The Eagles endured a torrid start as Johann Gudmundsson put Burnley ahead in the fifth minute.

He pounced on a defensive error from Scott Dann, who failed to clear.

Jay Rodriguez then bagged his first league goal of the campaign as Burnley doubled their lead.

The striker headed home from close range after Vicente Guaita was prevented from catching the corner.

Matt Lowton made it 3-0 early in the second half with a brilliant volley.

Speaking about Palace’s reliance on Zaha, Hodgson told reporters: “I was hoping we would see one or two outstanding individual performances like we have seen from Wilfried Zaha so often over the years. Here is the chance to put the criticism to bed that we need Zaha in our attack and once again we failed.”

Speaking more widely about the performance, he continued: “Once again we give ourselves that enormous problem by conceding goals so early in the game.

“I was hoping in the second half we would put some things right, try and play football and maybe claw our way back in. Then we concede that third goal and you are playing against Burnley, they are a very good side and good at what they do.

“All I can do is stand here and admit we were beaten by the better side. We don’t defend things properly.”

It was Hodgson’s 350th Premier League game in management, but it will be one to forget for the 73-year-old.

His team were outplayed at home and failed to make the most of their chances.