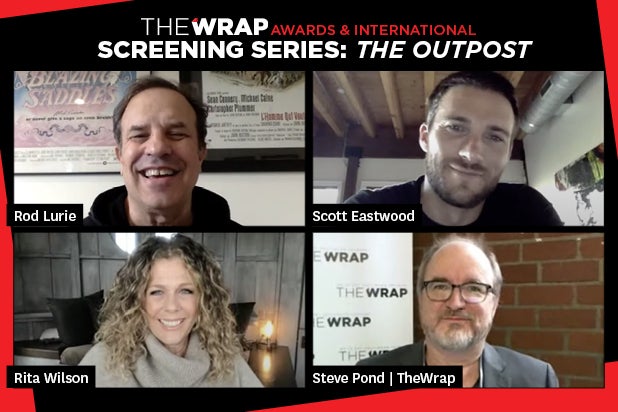 Director Rod Lurie, an Army veteran and West Point alum, drew upon his years of military experience while making “The Outpost,” a war film based on Jake Tapper’s book about the Battle of Kamdesh, during which a few dozen Americans were ambushed by hundreds of Taliban soldiers in Afghanistan.

“I’m a military guy, I served a long time ago,” Lurie told TheWrap’s Steve Pond as part of TheWrap’s Screening Series. “Anybody who has any connections in the military was very well aware of this just absolutely incredible f—ing battle.”

He continued, “I was approached about [the film] by a producer named Paul Merriman, who was sort of controlling a screenplay written by Paul Tamasy and Eric Johnson based on the book by Jake Tapper. And this subject matter is what completely drew me in. There’s no filmmaker who has served in the military [who] wouldn’t want to make this particular film. It was just too important to all veterans and all soldiers.”

Also Read: How Rod Lurie and Rita Wilson Turned Personal Tragedy Into a Moving Song for ‘The Outpost’

Actor Scott Eastwood, who has played soldiers in past movies like “Flags of Our Fathers” and “Fury,” was initially wary of signing on for another war film. But Lurie’s conviction eventually won him over.

“I had to think about it. Being honest, I didn’t really have a burning interest to do another war movie at the time,” Eastwood said. “After speaking to Rod countless times and driving him nuts, I’m sure, really wanting to understand why this one was going to be different and how we’re going to draw meaningful characters out of these people — he convinced me that that’s what his mission in life was to do and he was going to do it. And I think he delivered.”

“He drove me absolutely f—ing out of my head, to be honest with you,” Lurie said of convincing Eastwood to take the starring role. “That’s when I began to realize he was going play the part, is when he started to drive me crazy because he wants the role to be as perfect as it can be for him. He wants to be able to understand the character; otherwise, he won’t be able to deliver a credible performance.”

Also Read: ‘At the Ready’ Filmmakers Wanted a Doc About Border Patrol Trainees With a ‘Shelf Life’ Post-Trump (Video)

Lurie added that he and Eastwood talked about the role at length because, as the director noted, “He was being asked to do something pretty daunting, which is playing a real person. And it wasn’t going to be an easy shoot. Scott is an athlete and he’s very fit, there’s no trouble there, but it has to be worth it. So I understand why he was hesitant at first, but I really wanted him.”

After two hours of Eastwood’s action-packed heroics, “The Outpost” wraps up with singer-songwriter Rita Wilson’s “Everybody Cries,” which plays over the film’s end credits. Speaking to Pond, Wilson said she wanted her moving song to portray a female perspective of love and loss.

“I didn’t want it to be something that felt anything other than just real,” Wilson said. “It was a balance of not wanting to overdo anything and just maintain the simplicity of what parents might say if they were going to be telling the story. Rod wanted a female voice to communicate what’s missing in that negative space of a painting or a piece of work — which is the women’s voices. The mothers, the sisters, the wives, the daughters, anybody, the friends that you love. Because that’s the component of loss that happens in any kind of battle that loses people we love.”