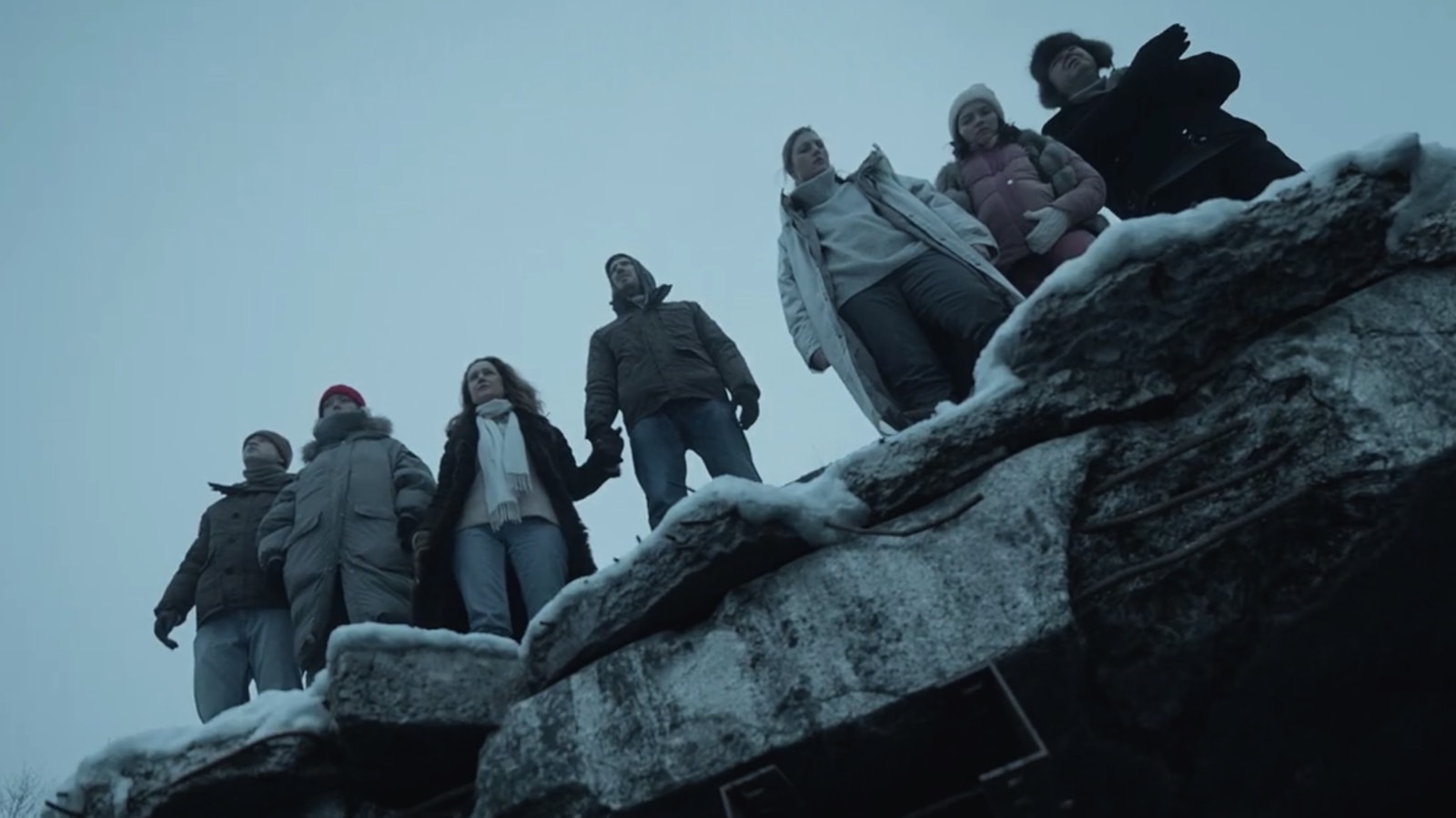 When To the Lake premiered on Netflix a week ago, I thought there was absolutely no way I was going to watch a TV series about a pandemic. I fully intended to check out a different Netflix original was about to hit the streaming service called The Haunting of Bly Manor. It’s the follow-up to The Haunting of Hill House which has now become an anthology series in the same vein as American Horror Story. Once I was done, however, I decided to make To the Lake my next binge on Netflix.

It’s really the show’s premise that convinced me to check it out, and I wouldn’t even have needed to read the synopsis of the show had Netflix used the original title. You don’t have to understand Russian to know what Epidemiya means, especially given what’s happening in the world right now. But before you write off To the Lake due to pandemic fatigue, you should know that it’s actually the quality of the show itself and not the parallels with real life that makes me want more.

“Facing the end of civilization when a terrifying plague strikes, a group risks their lives, loves — and humanity — in a brutal struggle to survive,” the synopsis of the series reads. But make no mistake, the TV show’s release is just a coincidence when it comes to real-life events. The series dates back to 2019, a much happier time when the world was covid-free.

But it’s really the pandemic that got me to shortlist To the Lake as my next binge. It turned out that the show is much harder to binge than any similar drama. That’s because it’s all in Russian, which is also a massive advantage for To the Lake. You really don’t want to watch this TV show in any language other than Russian. Please resist the urge to play the English audio version of it and read the subtitles instead. That way, you can experience Russian characters fighting a deadly epidemic and each other in their native language. Remember how weird it was to hear the perfect British English accents of the actors in HBO’s hit series Chernobyl? It really did sort of ruin an otherwise incredibly entertaining show.

Having to read those subtitles as you pay attention to the action makes it impossible to handle that addictive device that usually interferes with watching TV and Netflix. That’s right, you’ll need to leave your smartphone in your pocket. You’ll find yourself stopping and rewinding to see what Anna just told Lenoid or where Anton disappeared to. Smartphone distractions aside, I could not stop watching To the Lake and wondering what might happen next.

To get you a spoiler-free sense of what’s happening in the film, I’ll tell you to imagine a cross between Contagion, the TV movie that saw a resurgence in popularity these past few months, and The Walking Dead, the zombie apocalypse series that AMC still isn’t ready to abandon after all these years.

An infectious illness that’s deadlier than the coronavirus is spreading rapidly in Russia, and a couple of families decide to retreat to the wilderness a few hundred miles away from the cozy suburbs of Moscow — hence the Lake part. Face masks, hand hygiene, and social distancing can no longer save Sergey’s Russia.

Walking Dead’s scary zombies are replaced by something much scarier and a lot more dangerous: human nature. If you thought that making your way through hordes of walkers for supplies or in search of a better home was challenging, then imagine doing all of that in a world where every other group of people might prove to be more dangerous than the actual pathogen that broke down society.

Forget everything you know about rules, the law, and any common understanding between people that allowed civilization to evolve. Humans are reduced to their animal instincts when it comes to matters of life and death. That’s what To the Lake tackles, and it does so in a way that makes you want to silence your phone and immerse yourself in this deadly Russian winter.

Not to mention that the entire show hits too close to home, given the current health crisis. There’s no indication in real life that the pandemic is unmanageable. Humanity will not ultimately devolve in real life as it does in these post-apocalyptic movies and TV shows. But should it eventually happen, there won’t be much warning. Nobody will tell you society is about to crumble and that everything you knew yesterday about normal life will be gone by tomorrow. It all happens in an instant, and you’ll realize it after the fact. That’s how fast To the Lake transitions from normal life to a race for survival where otherwise mundane events can trigger unexpected, possibly deadly consequences. It all goes rather fast from a boring dinner to watching people run for their lives.

Unlike Contagion, we don’t have an ensemble cast in Netflix’s new show. Or better said, the stars of Epidemiya aren’t as widely known as Matt Damon, Gwyneth Paltrow, Jude Law, or Kate Winslet. But Kirill Karo (Sergey), Viktoriya Isakova (Anna), Maryana Spivak (Irina), Aleksandr Robak (Leonid), Eldar Kalimulin (Misha), Viktoriya Agalakova (Polina), and the rest of the cast really make the show shine. Credit is definitely due to director Pavel Kostomarov and writers Yana Vagner and Roman Kantor for bringing this TV series to life, and to Netflix for picking it up.

With a few episodes left to go, I haven’t figured out whether the show needs a second season or whether one will suffice. To the Lake might be the kind of story that doesn’t need a continuation. If anything, the show does deliver a clear warning of what the absolute worst-case scenario would be for a deadly pandemic. And it serves as a reminder that we can all still work together to beat COVID-19 and future health crises. As you’ll see when you start binge-watching this fantastic new show yourself, our lives could certainly be far worse than they are right now.

Chris Smith started writing about gadgets as a hobby, and before he knew it he was sharing his views on tech stuff with readers around the world. Whenever he’s not writing about gadgets he miserably fails to stay away from them, although he desperately tries. But that’s not necessarily a bad thing.