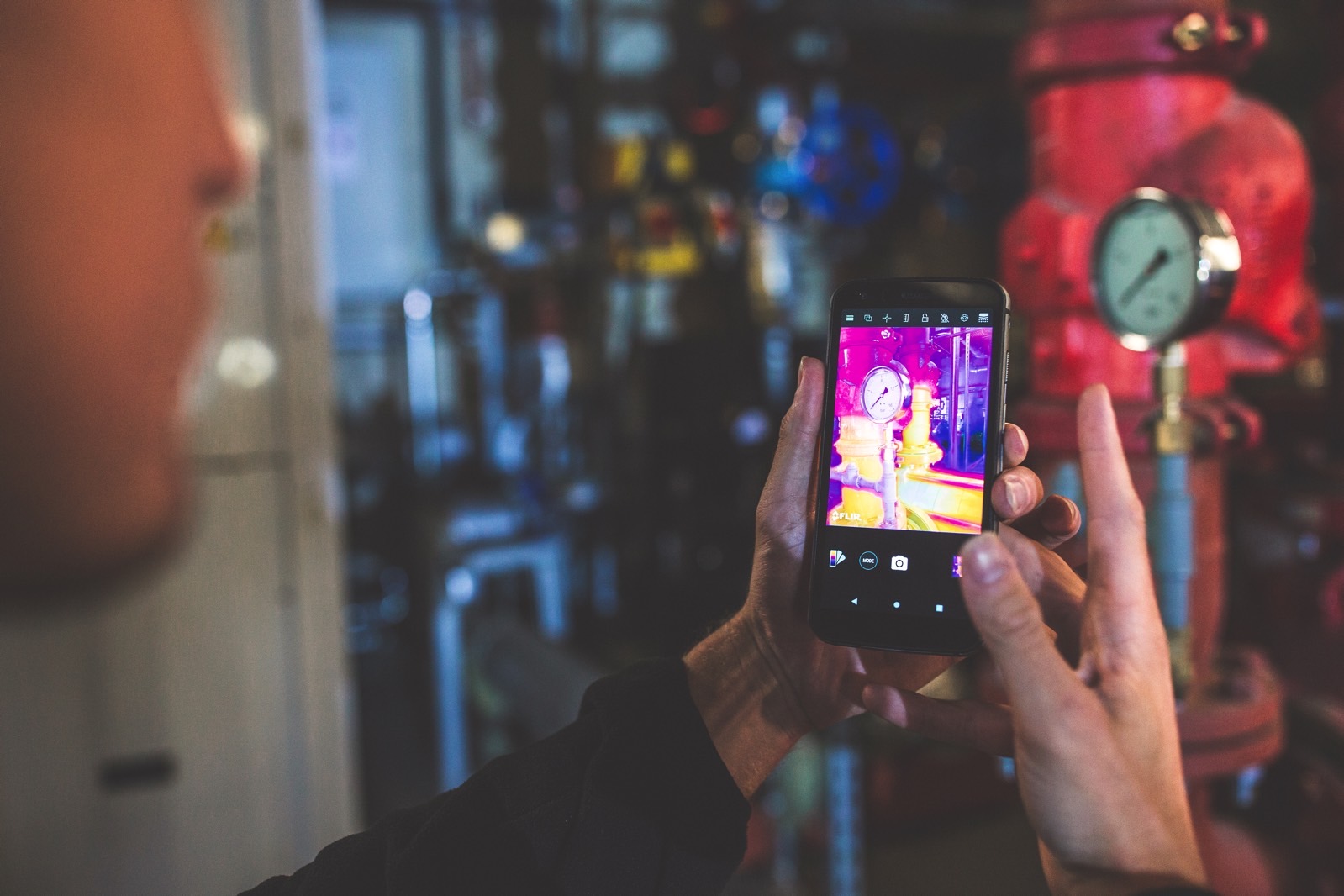 Anyone looking for phones that can measure the temperature of objects around them is probably familiar with the Caterpillar phones that Bullitt makes. The Cat phones feature a unique FLIR thermal sensor that lets you quickly determine the temperature of objects around you, which is something various professionals need to do on the spot. The Cat phones are rugged phones that target the workspace, and the latest addition to Bullitt’s lineup is the $699 Cat S62 Pro phone that you can finally purchase.

The phone isn’t as exciting when it comes compared to other Android devices. It doesn’t feature the Snapdragon 888 processor that equips all 2021 flagships, nor could it. The S62 Pro was launched in Europe last year, and it’s only hitting US stores in early April. But the device isn’t supposed to be a standard Android flagship. It’s supposed to be a rugged handset that can withstand some of the harshest work conditions.

Let’s get the “boring” stuff out of the way first. The Cat S62 Pro features a 5.7-inch Full HD display with Corning Gorilla Glass 6, Snapdragon 660 processor, 6GB of RAM, 128GB of storage, 12-megapixel primary camera, 8-megapixel selfie camera, Lepton 3.5 thermal camera, fingerprint sensor, microSD support, 4G, Bluetooth 5, NFC, Wi-Fi ac, and a 4,000 mAh battery with fast-charging support. The phone runs Android 10 out of the box but will get updated to Android 11 and is guaranteed to receive up to three years of security updates.

The S62 Pro’s ruggedness is one of the phone’s two signature features. The handset is rated IP68 and IP69 for sand, dust, and dirt resistance and waterproof to 5 feet for 35 minutes. It’s supposed to withstand drops of up to 6 feet directly onto steel, and it passes MIL-STD-810H military durability tests.

The handset can be cleaned repeatedly without sustaining damage. It can be submerged and scrubbed with soaps and disinfectants, according to the company. It’s bleach and chemical resistant, and it doesn’t need a case. These are all welcome features during a pandemic year, especially for essential workers who need to use this sort of mobile device regularly.

The second and most important S62 Pro signature feature is the FLIR sensor on the back that can measure temperatures at up to 90 feet. The new phone’s Lepton thermal sensor features four times the number of thermal pixels compared to its predecessors. The company also says that the S62 Pro is the Cat series’s first handset that provides users direct access to FLIR Systems VividIR image processing, enhanced MSX (Multi-Spectral Dynamic Imaging), and visible-to-thermal alpha bending technologies.

Users can now vary the intensity of MSX, which overlays the visual outline detail of the scene on top of the thermal image. The alpha bending feature combines the thermal image with the visual image from the regular Sony camera. This leads to improved images and higher thermal resolution, as well as more context for what appears on the screen. The S62 Pro will make it easier to interpret thermal images, as users will understand what they’re looking at. This can be particularly useful when sharing thermal photos with people who cannot see real-life conditions.

The thermal camera can monitor temperatures between -4°F to +752°F and alert users when a certain threshold is reached.

The S62 Pro will cost $699, with preorders starting on April 2nd on catphones.com. Other retailers, including Amazon, Best Buy, Home Depot, and B&H, will also sell the handset.

Chris Smith started writing about gadgets as a hobby, and before he knew it he was sharing his views on tech stuff with readers around the world. Whenever he’s not writing about gadgets he miserably fails to stay away from them, although he desperately tries. But that’s not necessarily a bad thing.