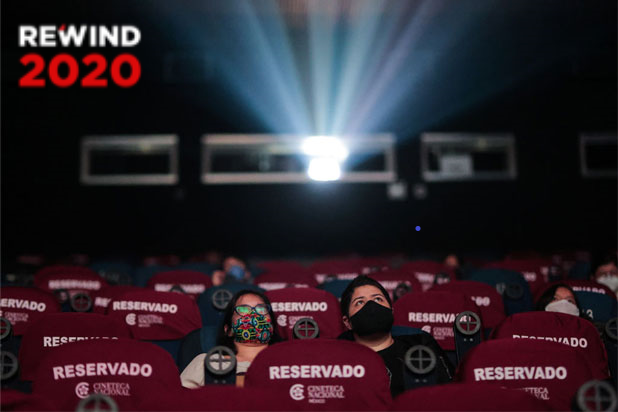 But the damage goes beyond the raw numbers. The entire movie theater industry has seen its future thrown into question by the pandemic. Countless theaters around the world have been forced to furlough employees with no guarantee that doors will be able to reopen when the pandemic ends. The three-month theatrical window, long defended by theater owners against the likes of Netflix, has finally been broken as cash-strapped theater chains are forced to accept a new normal. What that new normal looks like on the other end of the pandemic will depend on how quickly theaters can get to work on reopening and convince studios that screening their blockbusters on the big screen will once again be worth the investment.

“I don’t think there’s any question that the future of theaters hinges on the bigger picture with how the (U.S.) government deals with the pandemic,” Box office analyst Shawn Robbins told TheWrap. “It’s why it’s become so hard to really predict or even offer advice on what can be done to help theaters.”

This year for off to a decent start. The surprising success of “Bad Boys for Life” pushed domestic January grosses to just under $900 million, and the $310 million grossed by “Sonic the Hedgehog” gave Paramount hope that 2020 would be a far better year than the slew of flops and disappointments that 2019 brought for the studio.

Films like “Wonder Woman 1984,” Universal’s “F9” and Marvel’s “Black Widow” and “Eternals” were expected to be big enough hits to keep the summer box office from dropping to the terrible lows seen in 2017, and there was even talk that the top 10 highest grossing films could see 50/50 gender representation in the director’s chair for the first time ever.

Then the pandemic hit in mid-March, and a flurry of bad news came for theaters. Films were delayed, then delayed again. Small theaters faced difficulty applying for the federal Paycheck Protection Program designed to support furloughed employees, which totaled in the hundreds of thousands for the exhibition industry. In spite of this, exhibitors held on to hope that closures would last a few months, and that the curve of pandemic cases would be flattened enough that they could reopen with a set of COVID-19 safety measures that quickly became an industry standard for cinemas across the globe.

But while theaters in other countries found varying degrees of success with reopening, U.S. theaters saw their efforts quickly fall apart. It began with a false start when a mid-summer infection surge derailed plans to open theaters in late July, timed to the planned release of Disney’s live-action “Mulan” and Warner Bros.’ “Tenet.”

The next blow came when Disney decided to move “Mulan” to a premium release on Disney+, removing a major title that theaters were relying on to lure back skittish moviegoers. Theater owners had already expressed their frustration at seeing films like Universal’s “Trolls World Tour” and Warner’s “Scoob!” skip theaters for streaming debuts, fearing that a slippery slope would trigger a full-on avalanche. And while the vast majority of blockbusters remain committed to a theatrical release, losing a major Disney title felt to the industry like it was being kicked while it was down.

And as it turned out, Christopher Nolan’s “Tenet” alone was not enough to make the reopening experiment work. “Tenet” only grossed $53.5 million domestically — which many chalked up to lackluster reviews, the failure of major markets like New York City and L.A. to reopen theaters and the ongoing reluctance of many moviegoers to return to indoor entertainment spaces despite the pandemic safety protocols. Without a variety of films to draw in a wide range of audiences, overall business in September collapsed 88% year-over-year, to just $81 million.

In October, the final nails started driving in. With COVID-19 infections starting to rise in the U.K., MGM decided to push back the release of “No Time to Die,” the James Bond film that was expected to drive a second attempt at reopening. Disney delayed its tentpoles again, moving films like “Black Widow” to next year while the Pixar film “Soul” moved to Disney+, breaking a promise made by CEO Bob Chapek during an earnings call that moving “Mulan” to streaming would be a “one-off.”

In the following weeks, NATO sent multiple letters pleading Congress to pass a federal stimulus bill that could save thousands of theaters from bankruptcy. That wish was granted this week as a $900 stimulus bill that includes $15 billion for small theaters and other entertainment venues was signed into law. But the nation’s largest theater chain, AMC, won’t be able to access those funds, leaving it facing a 2021 where it could be forced to file for Chapter 11. 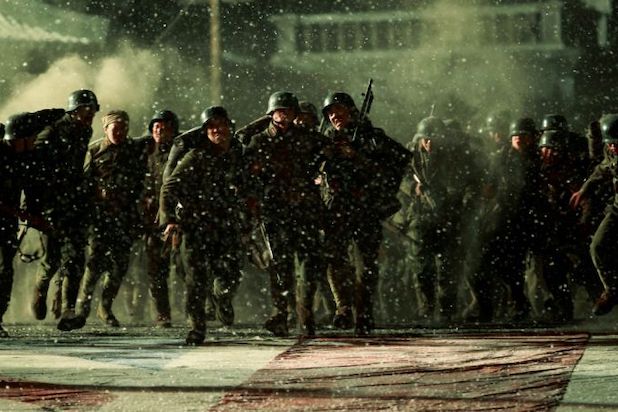 Perhaps the most painful numbers for the box office aren’t the staggering losses in the U.S., but the surprising success stories overseas. When all is said and done, the highest grossing film of 2020 won’t be a Hollywood picture released prior to the pandemic, but a summer blockbuster from China. Huayi Bros.’ “The Eight Hundred,” a war film released in China in August, made a chart-topping $460 million thanks to a mix of strong reviews among Chinese critics and audiences and strong containment efforts by state health officials that allowed the capacity for auditoriums to be raised as high as 75%.

Meanwhile, in Japan, the film adaptation of the hit anime series “Demon Slayer” hit theaters last month and now stands as the highest grossing films in the history of the Japanese box office. It broke a nearly two-decade record held by “Spirited Away,” taking advantage of the anime series’ release on Netflix and a growing desire among Japanese audiences to return to theaters. While the pandemic was always going to decimate the global box office, the success of “The Eight Hundred” and “Demon Slayer” proved that local films released in countries with a coordinated response to COVID-19 were able to find as much success as any film released in a normal market. 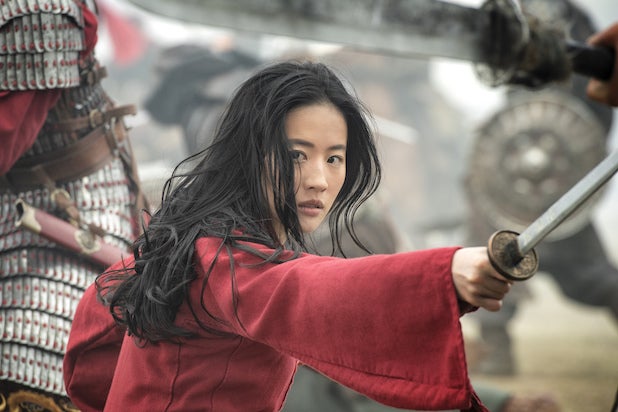 But with the U.S. continuing to lead the world in COVID-19 infections and passing over 335,000 deaths this week, a domino effect has unfurled overseas. Since American studios can’t open big films at home, foreign theaters also have to go without those same starry titles that underpin global ticket sales.

And the uncertain timing of a COVID vaccine — and its widespread dissemination — also clouds the future of businesses like movie theaters being able to reopen in any significant way. Operation Warp Speed, the Trump Administration’s campaign to distribute the vaccine — promised that 20 million doses would be administered by the end of December. So far, the CDC reports that only 2.1 million doses have been administered. Despite this, the film industry is clinging to hope that theaters will be ready to reopen by the time “Black Widow” is released in early May.

“Medical experts are telling us that in the Western world, our populations will be well vaccinated before next summer. Studios are telling us that they have boatloads of blockbuster titles for us before next summer, as well,” AMC CEO Adam Aron told investors in a November earnings call. “By our count, while some movies have been shifted or sold off to streamers, some 44 major film titles have been deferred from 2020 and will be rescheduled to play theatrically in 2021 instead. So at AMC, it is our considered opinion that there is good news down the road. Once the movies start flowing next year, there will be a new big title almost every single week.”

But shortly after that, 2020’s final and biggest twist came: Warner Bros. announced that all of its 2021 films would be released simultaneously in theaters and on HBO Max, including second-half films like “The Matrix 4” that are expected to come out after the vaccine is made available to the public. Though plenty of blockbusters remain with potential to help theaters rebound next year, AMC has made it clear that such a strategy by Warner Bros. to prevent further release date changes and attract potential HBO Max subscribers would not be taken lying down.

And that brewing conflict between theaters and Warner Bros. is just part of a larger, crucial fight facing movie theaters in 2021. Whenever theaters get the green light from health officials to reopen nationwide, the true test of the industry’s resiliency will begin. The business of screening movies has changed forever…but just how much it has changed is yet to be seen.