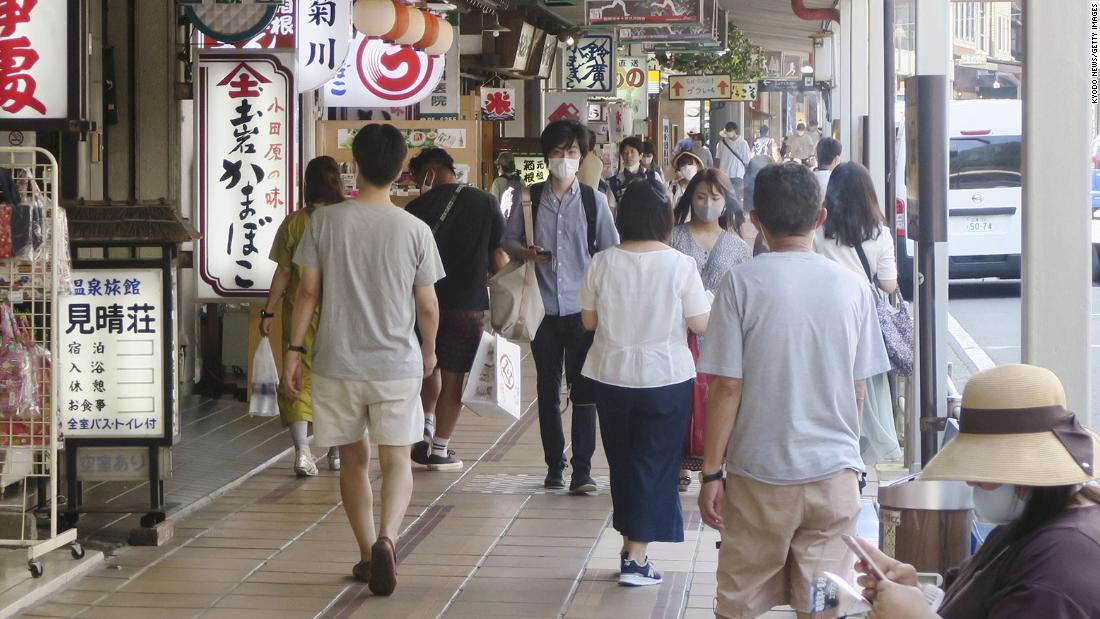 The world’s third-largest economy shrank 7.8% in the second quarter compared with the previous quarter, the country’s Cabinet Office said on Monday. That translated to an annual rate of decline of 27.8%, the worst since modern records started in 1980 and the third consecutive quarter of contraction.
But Japan performed better than other major economies in the April-June period, when the United States and Germany both recorded 10% falls over the previous quarter and British output crashed 20.4%.
Among the remaining G7 economies, Canada’s statistics agency said it expects second quarter GDP to contract 12% from the previous quarter.
China, however, returned to growth in the second quarter, meaning the world’s second largest economy dodged a recession following its worst start to the year in decades.
Like many other economies, Japan’s GDP contraction was largely due to shrinking consumer spending because of the restrictions imposed to contain Covid-19, as well as falling exports.
Consumption, which accounts for more than half of Japan’s economy, slumped 8.2% for the quarter as businesses across the country shuttered during a six-week national emergency in April and May.
External demand shaved three percentage points off GDP on the quarter as exports were hammered by the slump in global trade.
“While not as large as the drop seen in other advanced economies, the Q2 fall in growth nevertheless marks the third consecutive quarter growth has contracted, underscoring Japan’s vulnerability to further downside shocks,” Oxford Economics wrote in a note.
There’s also concern about the pace of the recovery, despite a rebound in activity in June and July.
Many economists warn that numerous relief measures adopted in two economic stimulus packages earlier this year will expire in September, posing a risk to the small- and medium-sized enterprises that comprise the bulk of Japan’s economy.
“The lack of coherent policy response is really frightening. We need a wise, cautious and broad response to this terrible situation. It is exactly what [Prime Minister] Abe and company lack when it comes to the way they are going about things,” said Noriko Hama, a professor at Doshisha Business School, part of Doshisha University.
The Japanese government went ahead with a subsidized plan to boost domestic travel in mid-July, just as new virus cases started to surge.
Japan has logged more than 19,000 new virus cases in August alone, which is about a third of the total number of infections the country has recorded during the entire pandemic.
Japan has recorded 55,426 confirmed coronavirus cases and 1,101 virus-related deaths, the Japanese Ministry of Health, Labor and Welfare announced on Monday.
— CNN’s Laura He, Yoko Wakatsuki, and Sol Han contributed to this article.