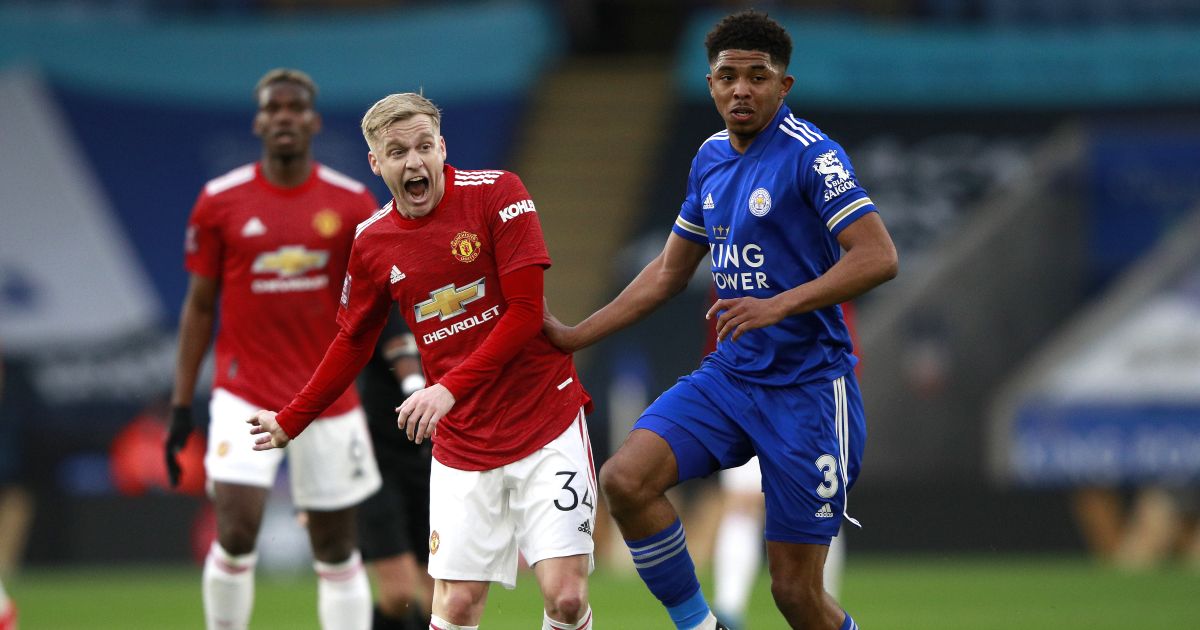 Former Crystal Palace chairman Simon Jordan claims that Leicester City are a better side than Man United after their victory in the FA Cup.

Mason Greenwood cancelled out Kelechi Iheanacho’s opener as the sides went in level at the break a Tielemans strike and another goal from the Nigerian striker sealed the Foxes’ place in the semi-finals.

Ole Gunnar Solskjaer made a number of changes to his line-up from the side that faced AC Milan in the last-16 of the Europa League in midweek, with the likes of Bruno Fernandes and Luke Shaw on the bench against Brendan Rodgers’ side.

OPINION: Do Man Utd need a trophy? Of course they sodding do…

However, Jordan thinks Leicester – who are below the Red Devils in the Premier League – are the better team than Man United even when both sides are at full strength, despite bookmaker reviews of the latest odds suggesting the opposite.

Jordan told talkSPORT: “I think you also have to look at this game in context. Manchester United have had a very difficult week, they played West Ham on the Sunday, they played Milan on the Thursday. Leicester had a relatively light week, they smashed Sheffield United into the next life on the Sunday 5-0 and had a week off.

“So it showed in the performance on Sunday that there was a jaded look to Man United but the other side to that argument is that Manchester United should be able to rotate. What other squads in the country have got 40, 50 million pound replacements every time you rotate? United have.

“So I look at it and say I can understand some of the reasons why United lost that game because A, Leicester are a very good side, in fact I think a better side than Manchester United. B…”

Jim White interrupted to ask: “You think Leicester City are a better side than United?”

Jordan continued: “Yeah I do, I think there a better side than Manchester United.”

White hit back: “When both are at full strength?”

Jordan added: “I do, yeah. Leicester have played them twice this season, they’ve drawn the first game which I thought they could’ve won, they’ve won this cup quarter-final and they’ve got them later on in the season. We’ll see if the outcome determines my view that Leicester are slightly better side. Marginally, not by much.

“But you look at it and say ok, United as a football club that have just signed this wonderful £250m shirt sponsorship deal. So over here Ed Woodward is doing all his deals and justifying his existence, and confirming that United are still a massive influence in the commercial market but on the pitch you have to achieve things.